Why you should see Thailand

Among the most popular travel destinations in Asia, Thailand bowls the visitor over with its remarkable natural diversity, paradise-caliber scenery, archaeological and architectural treasures, and delicious flavors.

Stretching from the misty highlands of the north and the fertile rice country of the Central Plain to the lushly forested mountains, pinnacled islands, and aquamarine bays of the Malay Peninsula in the south, Thailand could rightly be considered the heart of Southeast Asia.

Our go-to guide to this astonishing country, award-winning AAA travel advisor Khaney Muyderman, is of Thai heritage and has visited her family’s homeland several times since coming to the United States in the early 1980s. “Best known as a Buddhist nation, Thailand comes sprinkled with 31,000 glittering temples or wats—the country radiates a golden hue throughout,” Khaney says. “If you have an appetite for adventure, stunning natural beauty, and great food, Thailand needs to be on your next destination list!”

Khaney Muyderman is here to share her tips and insights on Thailand. AAA can help you plan the perfect trip to Thailand, or wherever your dream vacation is. Contact a AAA travel advisor today, or visit a branch to meet with an advisor or take advantage of other travel services. 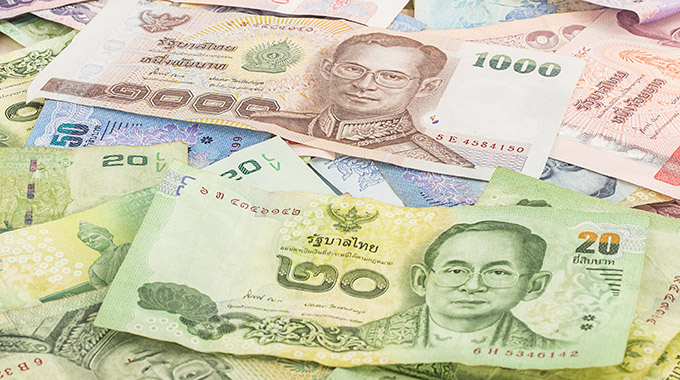 Thailand’s currency is the baht (฿). "Though Thailand’s cities are modern and accept cards at many tourist attractions, be sure to exchange some cash to baht," Khaney says. "ATMs can be found everywhere, with most accepting foreign cards, and some of the finest foods, crafts, and experiences are cash-only."

In terms of the relative expense of traveling here, Khaney advises: “How much money you spend in Thailand depends on what you do, your luxury demands, and which parts of the country you plan to visit. Chiang Mai and destinations in Northern Thailand like Pai are less expensive than Bangkok and the many islands.”

Thailand’s national animal is the Asian elephant, which for thousands of years was a major beast of burden here. While machinery has mostly replaced the elephant for logging and other work, many of the huge pachyderms remain in domestication for tourism purposes. Wild Asian elephants, meanwhile, are increasingly rare in Thailand: Some 3,000 or so remain, mostly along the mountainous border with Myanmar. 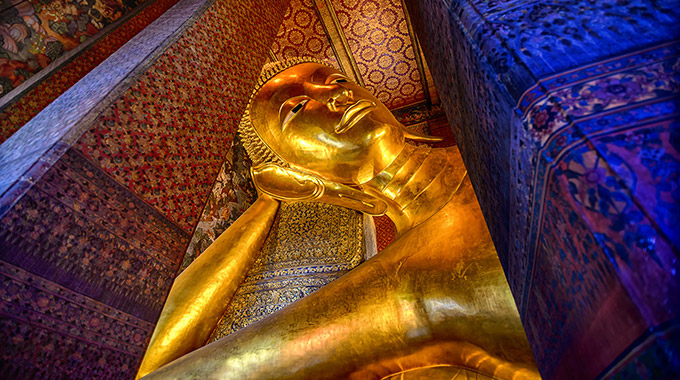 One of the most popular cities among international travelers in the world, Bangkok, Khaney says, is “a tourist paradise.” Its attractions are too many to list, but she suggests two absolute must-sees: 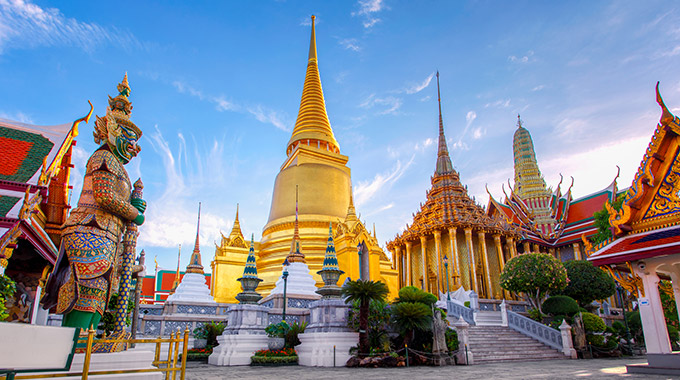 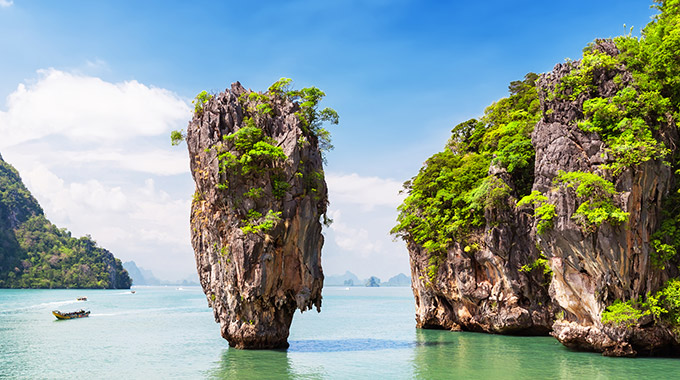 From sprawling Phuket to the fantastical karst towers of Phang Nga Bay, Thailand can legitimately lay claim to some of the most celebrated islands in the world. “If you get a chance to travel south, go island hopping on the Thai coast,” Khaney says. “You will never regret it!”

She explains that accommodations among the coastal islands range from inexpensive bungalows to 4- and 5-star luxury hotels. Among Khaney’s top islands are Koh Tao, which she recommends visiting on a daytrip from Koh Samui via wooden speedboat, and also Koh Phi Phi, which “has a postcard view of powdery white beaches and vast jungle landscapes.” 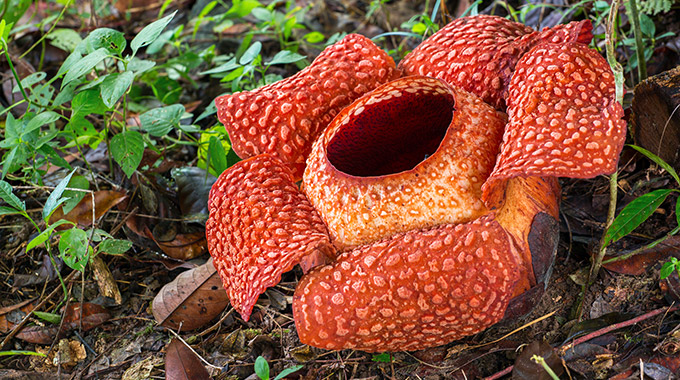 For the nature lover, Khao Sok National Park should rank high among Thailand’s sights. Set in the south’s Surat Thani Province, the park protects one of the oldest tropical rainforests known on the planet: “one of the most intact, untouched parts of Thailand,” Khaney says. The park hosts such elusive mammals as elephants, tigers, and the enormous wild cattle known as gaur, but Khaney points out its charms aren’t restricted to megafauna: “You can hike in this ancient rainforest to see Rafflesia—a rare parasitic flowering plant—or multiple species of an amazing family of tropical birds, the hornbills.” 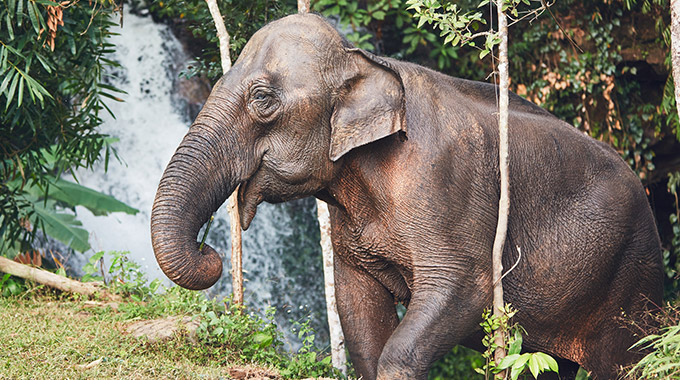 The northern city of Chiang Mai is another celebrated tourist destination in Thailand, boasting a scenic mountain backdrop and a profusion of temples. Khaney also recommends taking advantage of a unique sanctuary dedicated to Thailand’s national animal called Save Elephant Foundation while there.

“Elephants have greatly influenced Thai culture, myth, and religion,” she says. “Sadly, abuse, poaching, deforestation, and a vast reduction in habitat have all contributed to a rapid decline in elephant numbers, and Asian elephants are now officially an endangered species. I highly recommend visiting the ethical, cruelty-free, and eco-friendly elephant sanctuary.” 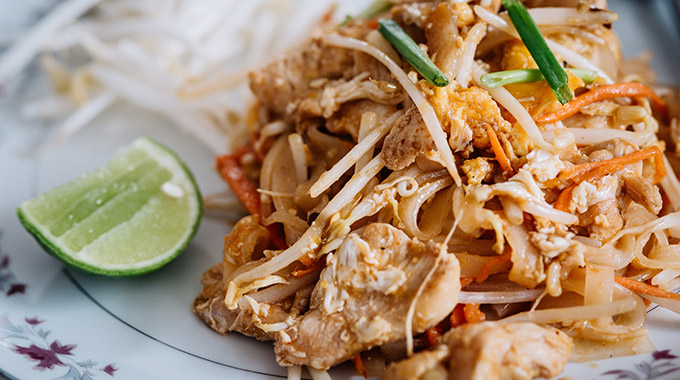 Among the authentic Thai dishes Khaney recommends sampling are:

“Sugar-cane juice and local rice whisky are among the best local drinks,” she adds. 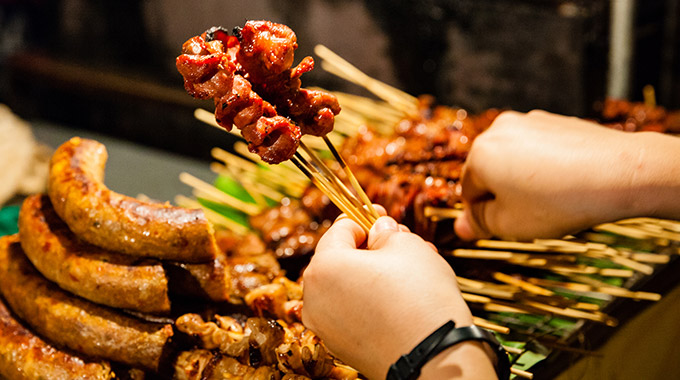 Sampling street-food snacks is one of Khaney’s “must-dos” in Thailand. “There are some amazing local recipes that would wow any foodie,” she says. “A good choice could be a piece of grilled pork or a chicken wing with sticky rice while touring through the robust night markets of Bangkok, or a cut of fresh fruit from a vendor at an open-air mall.”

Khaney suggests checking out one of the most famous night markets in Bangkok, the Rot Fai Market in the Ratchada area, which is easily and inexpensively reached via the nearby Cultural Centre MRT Underground Station. 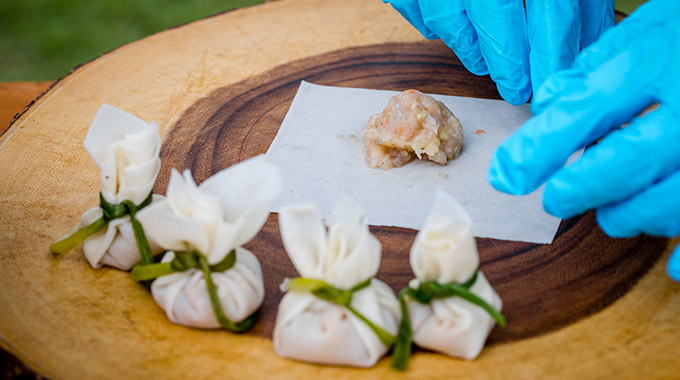 Another standout experience for any gastronomically inclined visitor to Thailand is to take a Thai cooking class. “Try Blue Elephant Cooking School in Bangkok," Khaney offers, where classes start with a trip to the local market and finish off with mastering one of the flavorful Thai dishes from scratch.”

“There are many different levels of accommodations in Thailand,” Khaney notes, “from sleeping in modern hotels with Western amenities to sleeping under the stars in a bungalow near the beach, and even renting a tent for an authentic Thailand camping experience. You will never be lost for accommodation options!”

“During the slow season," Khaney says, "accommodation prices tend to be lower than those during high season or the weekends, as in many places. Be flexible if you need to be!” 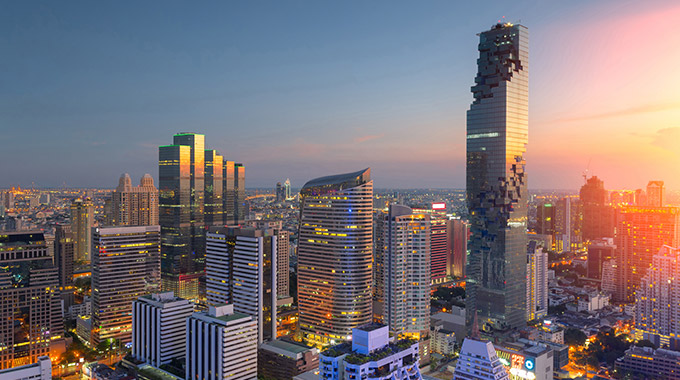 If, like many, you’re using Bangkok as your primary base of operations on a Thai getaway, Khaney especially recommends these hotels in the heart of the capital city: 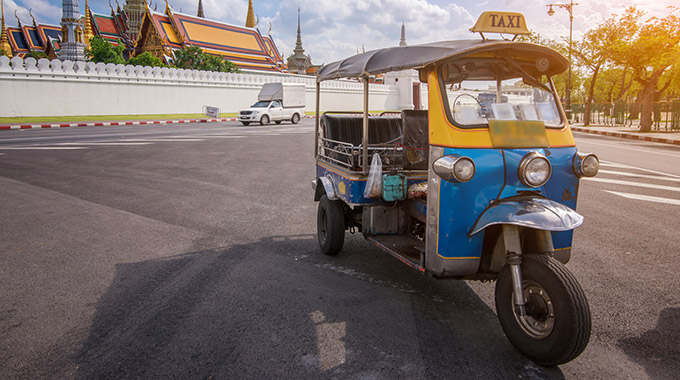 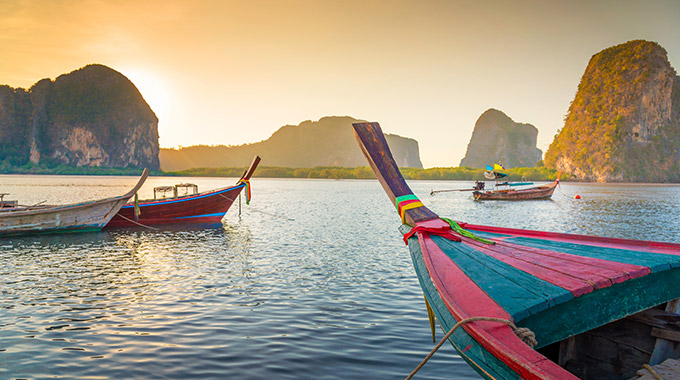 AAA can help put together the right trip for you

Navigating all the options is no small task when considering a trip to South Africa. A travel advisor can help find the itinerary that's right for you, whatever your culinary, historical, artistic, and leisure goals. Get a AAA travel advisor's help planning your personalized South Africa adventure by calling our dedicated travel advisor phone line, submitting a request for assistance online, or finding a AAA branch near you.

AAA Travel alert: Several countries, states, and cities have implemented travel and business restrictions due to COVID-19. Prior to making any travel reservations, please ensure that restaurants, hotels, and attractions are open. The local tourism board is another good resource for updated information in your destination.