Why you should see Los Cabos

Head south along the far west coast of North America and eventually you’ll come to that point where Mexico’s Baja California peninsula finally peters out: Land’s End, marking the briny border between the Pacific Ocean and the Sea of Cortez, backdropped by desert mountains. On the opposite side of the country from the thronged, powdery beaches of Cancun and the Riviera Maya lies a tropical destination that’s wildly different in ambience but just as bliss-inducing—and, though booming in popularity, can still feel like an off-the-beaten-path gem.

We’re talking about Los Cabos, the combined seaside spread of the resort cities Cabo San Lucas and San Jose del Cabo, whose many charms range from beachfront restaurants and clubs to spouting whales, cavorting dolphins, and graceful schools of eagle rays. The appeal to visitors from around the world—not least the droves of U.S. expats and snowbirds who’ve fallen under the Los Cabos spell—is not hard to figure out.

“It’s a visual masterpiece,” says Sandy Marks Johnson, AAA travel advisor and a regular visitor to Los Cabos, “because it has that interesting gentle sloping arm going out into the Sea of Cortez and the Pacific.” Sandy—who performs music in Cabo with her husband and local players during her south-of-the-border getaways—loves the area’s unique blend of attractions. “The local culture is as amazing as that geography,” she notes. “It’s really a traveler’s paradise: You have nightlife, you have art galleries, there’s adventure tourism, incredible sunsets, great food, gray whales—and, I mean, who doesn’t want to see a whale?”

Pay a visit to Cabo and its sun-splashed surrounds, and it won’t take long for you to see why people such as John Steinbeck—the American author who chronicled a scientific expedition in regional waters with marine biologist Ed Ricketts in The Log from the Sea of Cortez (1951)—loved the place. “He was really smitten with it,” Sandy says. “He said a dream hangs over the whole area.”

Sandy Marks Johnson is here to share her tips and insights on Los Cabos. AAA can help you plan the perfect trip to Los Cabos, or wherever your dream vacation is. Contact a AAA travel advisor today, or visit a branch to meet with an advisor or take advantage of other travel services.

Though Sandy typically uses the official currency of Mexican pesos on her visits to Los Cabos, she notes that the U.S. dollar is welcomed in major tourist areas.

The Sea of Cortez—also known as the Gulf of California—is the finger of the Pacific lying between the Baja California Peninsula and mainland Mexico. The sea claims incredible biodiversity: on the order of 900 species of fish, 5 of the world’s 7 sea turtle species, and about a third of all marine mammal species. The great explorer, diver, and documentary filmmaker Jacques Cousteau famously called the Sea of Cortez “the aquarium of the world,” and significant portions of its life-packed waters and isles fall within a UNESCO World Heritage Site. 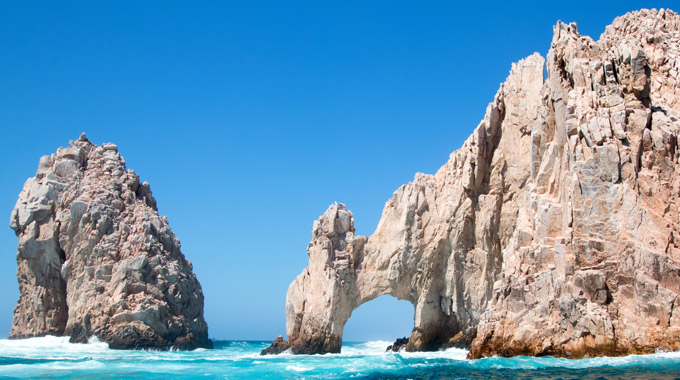 There’s no more famous sight in Cabo than El Arco: the pale rock arch marking Land’s End. It’s par for the course to nab a picture (or 300) of this landmark, which is just the sort of striking feature you’d want at the juncture of the Pacific and the Sea of Cortez. Sandy suggests taking a panga”—a small powerboat widely used by locals—to see the arch. 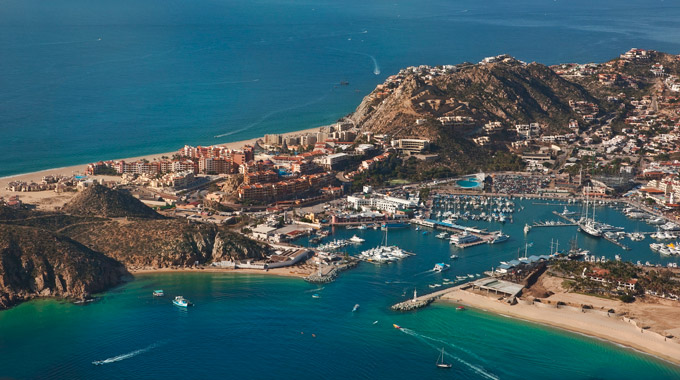 The Cabo San Lucas marina near the gateway to the Sea of Cortez is “a boat lover’s paradise,” Sandy notes, and a prime place to charter a whale-watching or sportfishing tour.

Marina Cabo San Lucas also has its own flippered, whiskered celebrity: Poncho the sea lion, who Sandy says typically swings by for an afternoon visit. “He’s a local rock star and everybody loves him.” 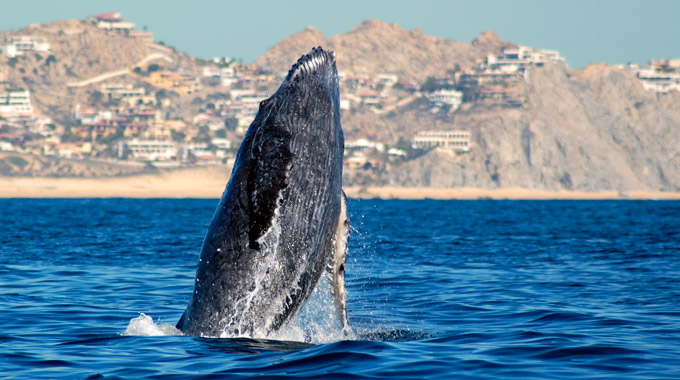 Poncho’s cameos in the Cabo San Lucas marina are only the tip of the iceberg, wildlife-viewing-wise (not that you’ll find any icebergs in Cabo). The gray and humpback whales often seen on whale-watching cruises between November and March are the stars of the show. “It’s just about a sure thing that if you take a whale-watching cruise that you’ll be able to take a selfie with a whale,” Sandy says.

Poncho’s buddies, meanwhile, form an easily seen colony of sea lions on the rocks near El Arco, and dolphins are a frequent sight in nearshore waters as well.

Meanwhile, snorkelers and divers have underwater marvels to enjoy, from multitudes of fish—puffer fish, moray eels, scorpionfish, eagle and manta rays—to the mesmerizing “sandfalls” that stream off the reef walls at Pelican Rock in Cabo San Lucas Marine Park. Among the most amazing submarine destinations in the area is the ancient coral reef protected in Cabo Pulmo National Park north of San Jose del Cabo. 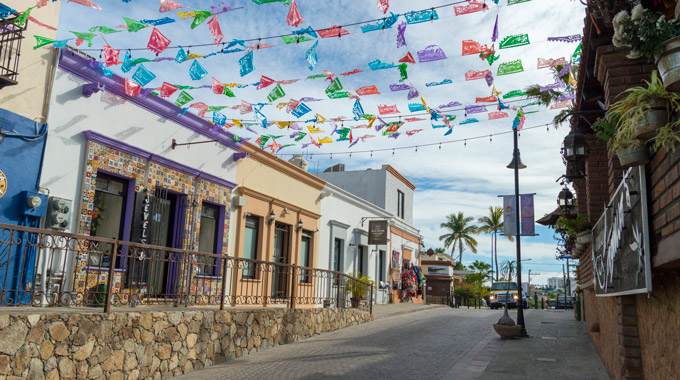 While many visitors base their operations out of Cabo San Lucas, Sandy recommends checking out the slightly more laidback San Jose del Cabo to the north along the “tourist corridor” of Highway 1. This municipal seat of Los Cabos, she points out, boasts lots of art galleries, shopping, rich history, and dining. 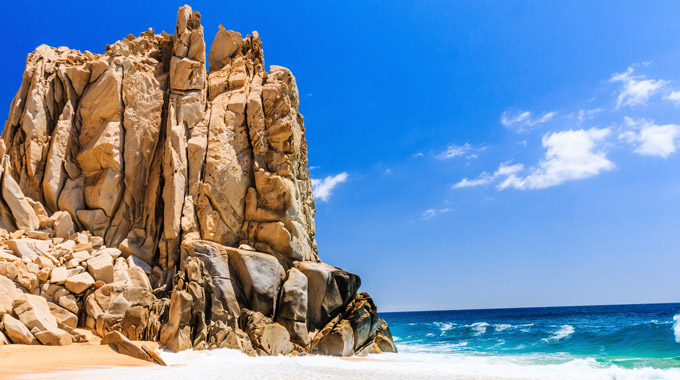 Naturally you’ll want to pay your respects to the fabulous seashores of Cabo. Sandy notes not all of the area’s beaches are soft and fluffy. “I tend to wear shoes on the beach because it’s often broken-up shells,” she says. Medano Beach is the most popular swimming beach in Cabo San Lucas, and quite the all-around hub: “There are plenty of places to eat and shop right on the beach here, and there are a lot of watersports options. You can rent a panga and go out to El Arco.” 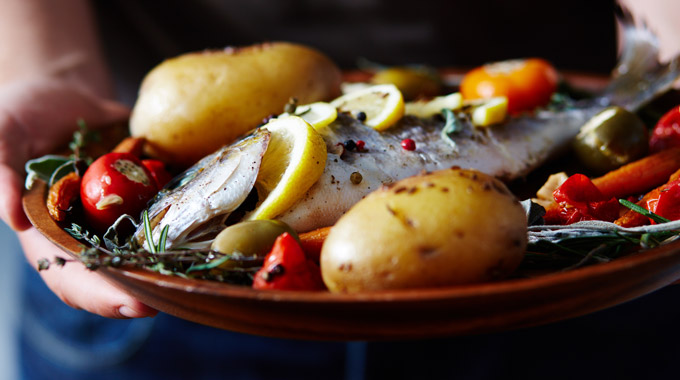 It should come as no surprise that fresh seafood dominates the cuisine in Los Cabos. There’s nothing like enjoying catch-of-the-day fish, easily found at local restaurants such as The Italian Job, one of Sandy’s go-to joints. “The owner there takes his boat out, catches his fish, brings it in, and that’s what’s on the menu. You just can’t beat that—talk about fresh catch!” 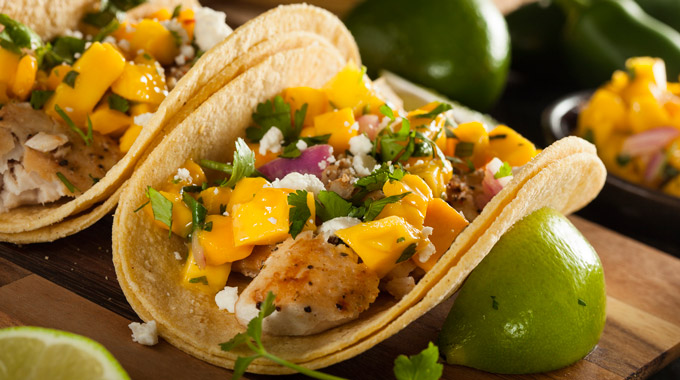 Other popular staples include fish and shrimp tacos—“not to be missed,” Sandy says—and lobster served with beans, tortillas, and lemon. There’s some magnificent, mouthwatering pork on the menu, too, in the form of tacos al pastor, where the meat is grilled on a vertical spit and sliced off in pieces. 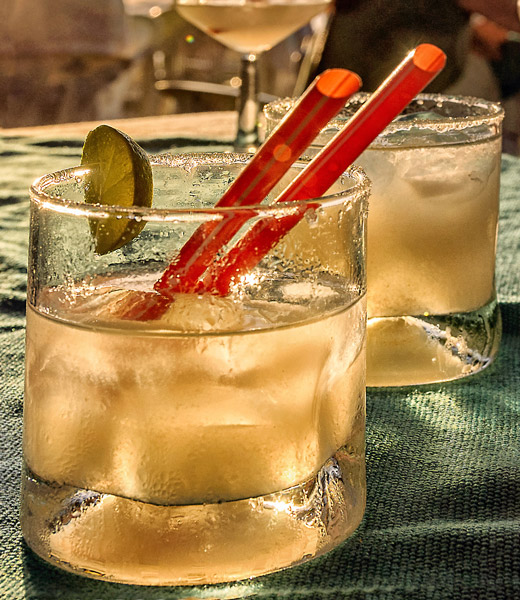 Sandy also recommends sampling local tequila made with the blue-agave method, and checking out another sort of fiery drink at Alexander’s. “They serve a Mexican coffee where they flame it, and they’re pouring fire from coffee pitcher to coffee pitcher at your table, right in front of you,” she says. “It’s a fabulous process—I call it adventurous eating.” 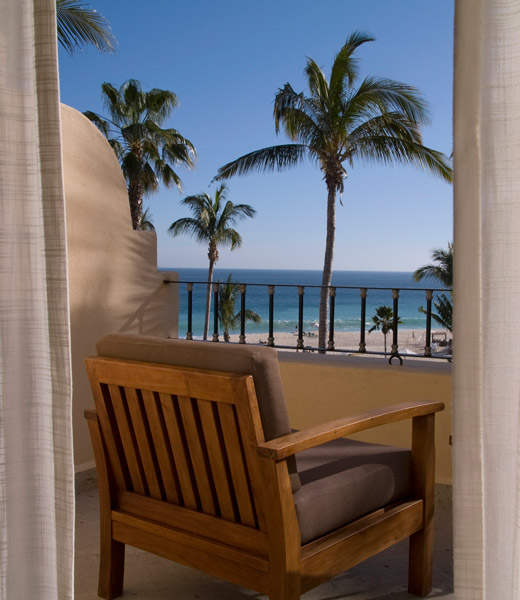 This 4 Diamond hotel is ideal for beach-lovers, Sandy notes. “You can walk out of the property directly onto Medano Beach.”

This 5-star property—which offers 24-hour butler service “for folks who really appreciate the high-end approach,” Sandy says—makes for perfect accommodations along the Highway 1 corridor, in a spot a bit quieter and less bustling than the Cabo beachfront.

The all-inclusive hotel Breathless is Sandy’s suggestion for vacationers who want to stay in the Marina Cabo San Lucas area. While it doesn’t face the beach, it does provide beach access.

The Resort at Pedregal

This luxurious 5-star hotel puts you within shouting distance of El Arco. 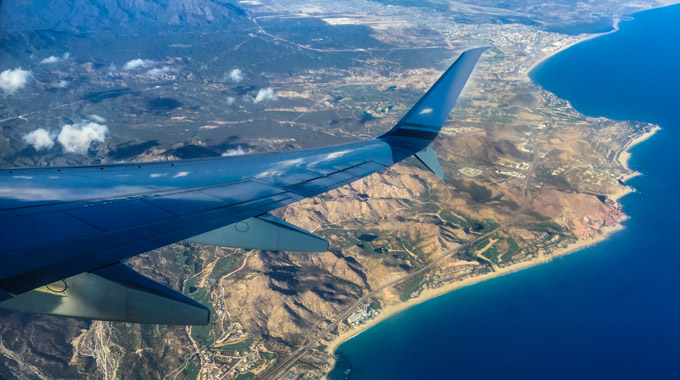 Sandy notes that taxis are ideal for reaching restaurants and the like in Cabo, while buses such as the Desert Route offer affordable and convenient transportation farther-afield destinations including San Jose del Cabo and Todos Santos.

Other destinations to add to your trip 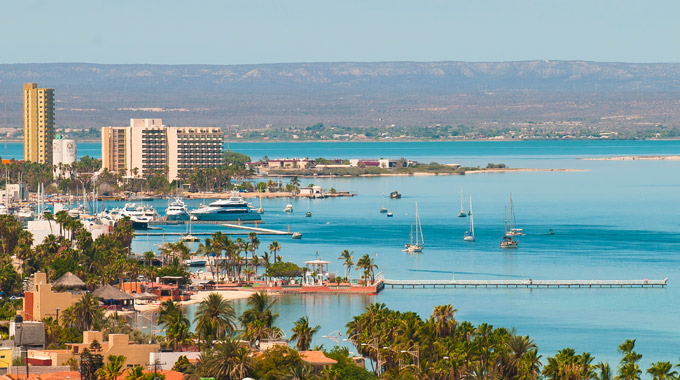 On a trip to Cabo, Sandy says, you might consider making the jaunt farther north up the Sea of Cortez coast to the city of La Paz, the capital of Baja California Sur and host to its own great restaurants, historical landmarks, and beaches. 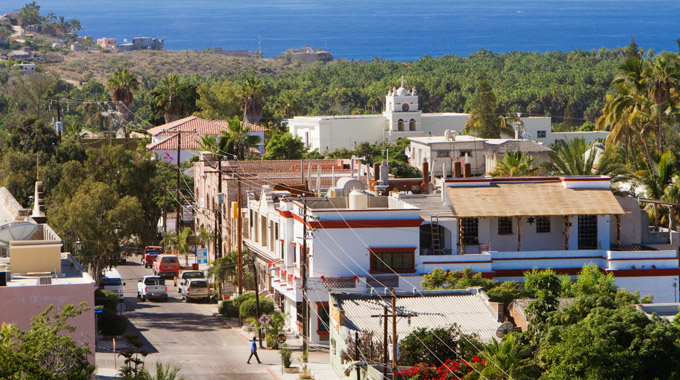 On the Pacific side, Sandy recommends taking the bus to the comparatively quiet village of Todos Santos, famed for its art galleries and for its surfing (not swimming) beaches.

AAA can help put together the right trip for you

Navigating all the options is no small task when considering a trip to Los Cabos. A travel advisor can help find the itinerary that's right for you, whatever your culinary, historical, artistic, and leisure goals. Get a AAA travel advisor's help planning your personalized adventure by calling our dedicated travel advisor phone line, submitting a request for assistance online, or finding a AAA branch near you.