Wondering where to travel in 2020?

Fear not: We’ve pulled together an outstanding lineup of 10 destinations for AAA members booking trips for the new year. Read on for some globe-spanning inspiration. 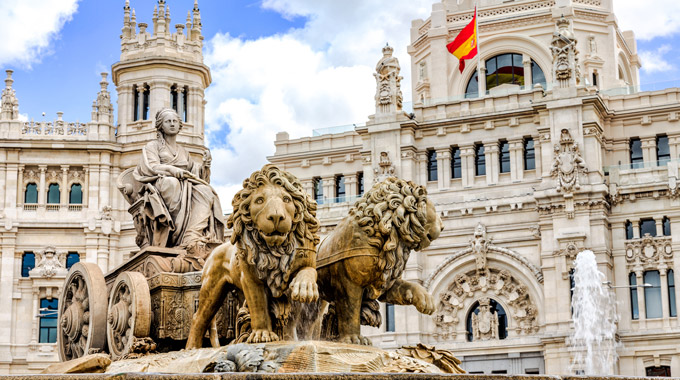 The second most visited country in the world in 2018, Spain wows travelers on multiple fronts. From the alpine glories of the Pyrenees to the subtropical wonders of the Canary Islands—including the volcanic vistas of Teide National Park, Europe’s most popular—Spain’s scenery is spectacular and diverse. Some of that scenery takes the form of irresistible Mediterranean beaches, from Costa Brava to the island of Mallorca. Spanish cities serve up historical and architectural sights—Granada’s Alhambra, Segovia’s Roman aqueduct, the Gaudi masterpiece of the Sagrada Familia in Barcelona—and vibrant culture, including some of the world’s most celebrated modern cuisine and such yearly festivals as Pamplona’s Running of the Bulls. 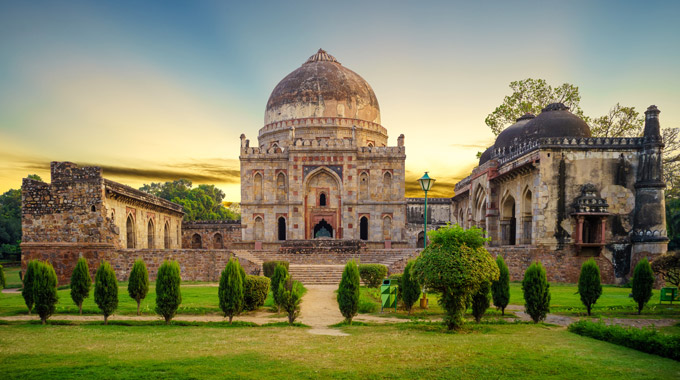 Multicultural and spiritual diversity and stunning depths of history help define India, one of the most populous countries on Earth. India claims nearly 40 UNESCO World Heritage Sites, including the stunning Hindu carvings of the Elephant Caves, the Golden Temple of Amritsar, and that iconic pinnacle of Mughal architecture, the Taj Mahal. From Himalayan snows to Goa’s palm-stacked beaches and the Thar Desert dunes, India’s countryside is as diverse as its ethnic fabric, spread from the metropolises of Delhi and Mumbai to rural villages, not to mention its fabulous cuisine. And some of the world’s best wildlife-watching awaits you here, including in national parks such as Ranthambore, one of the best places anywhere to see a tiger, and Kaziranga, roamed by such giants as elephants and one-horned rhinos. 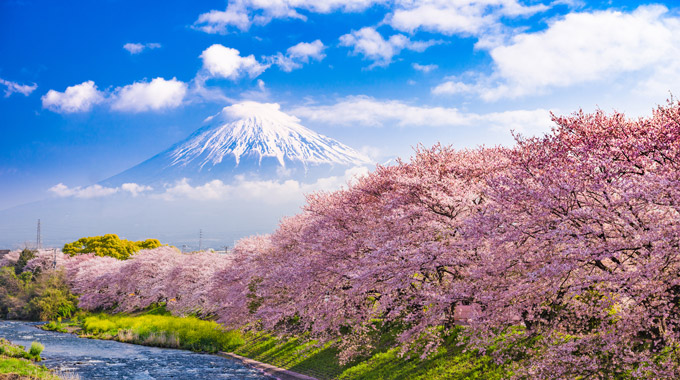 The Summer Olympics in Tokyo (July 24 – August 9) are one very compelling reason to visit Japan in 2020, but far from the only one. Deep-rooted traditions and the cutting edge of global culture sit side by side in this ancient country. Consider, for instance, the visual sweep from the gorgeous temples and shrines of Kyoto to the ultra-modern skyscrapers of Tokyo. The refined cuisine is its own major draw; making food the center of your Japan itinerary isn’t a bad idea. As urban and developed as Japan is, nature—core to the native Shinto religion—is also magnificently on display: the volcanoes and brown bears of Hokkaido, the postcard-perfect cone of Fuji, the ski slopes of the Japanese Alps, and the subtropical forests and beaches of Okinawa Prefecture. 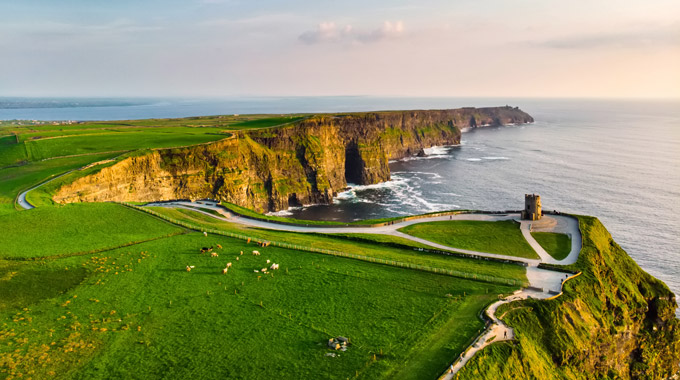 The Emerald Isle remains one of the most popular destinations for international travelers in 2020. The dreamy landscapes are part of the appeal: the vales of County Donegal, the limestone Burren, the crags of MacGillycuddy’s Reeks, the Cliffs of Moher, and more. There are certainly wonderful historical monuments to appreciate here, including the Neolithic passage tomb of Newgrange (older than Stonehenge), Cork’s Church of St. Anne, and the Blarney Castle and its kissable Blarney Stone. But so much of Irish culture is living and breathing: from bodhran- and fiddle-driven folk music and high-flying Irish dance to the literary spirit of Dublin, where James Joyce’s Ulysses gets an awesome annual celebration on June 16, aka Bloomsday. (And don’t forget the Guinness Brewery in Dublin…) 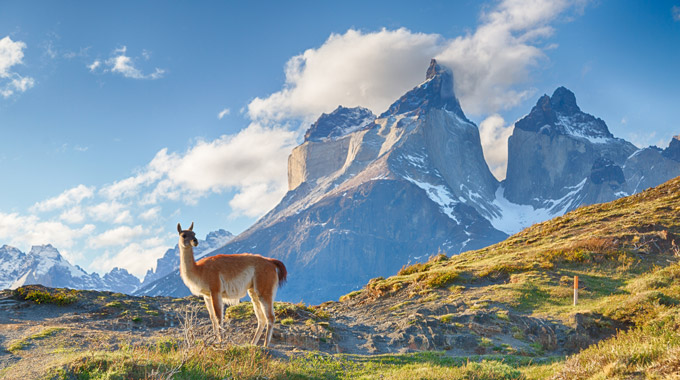 Some of the world’s most breathtaking landscapes and stirring human culture greet the traveler to Chile. From the tallest active volcano in the world—22,615-foot Ojos del Salado—and the moonscapes of the Atacama Desert to the otherworldly granite spires and ice fields of Patagonia, the country’s vistas stir the soul—as do sightings of such Chilean wildlife as Andean condors, guanacos, pumas, and whales. Wild Chile is astonishing, for sure, but so is the country’s human face: from mysterious ancient relics such as the Atacama Giant to the amazing architecture of Valparaiso, the museums and theaters of Santiago, and the vineyards of Chile’s wine country. 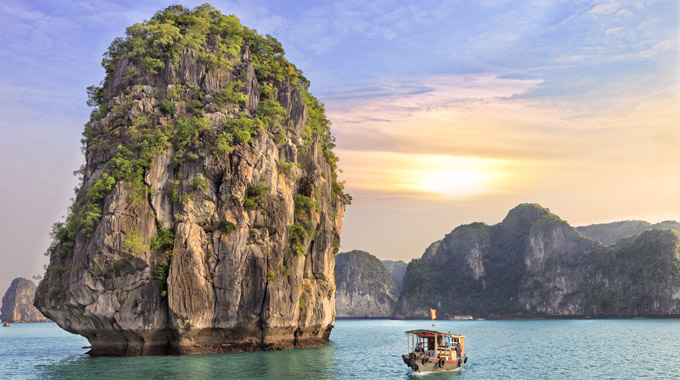 Tourism in Vietnam has been booming for years, and the 2020 forecast doesn’t suggest that trend’s slowing down. A dazzling spread of human history is on display here in the heart of Southeast Asia: Cham temples, Nguyen Dynasty fortresses, French Colonial architecture, the Cu Chi Tunnels and other remnants of the Vietnam War. The food—rich in vegetables, boldly seasoned, French-inflected—holds its own with any cuisine in the world. And then there’s the natural scenery, from the tropical forests and gaping caves of the highlands to the all-out dreamscape of Ha Long Bay. 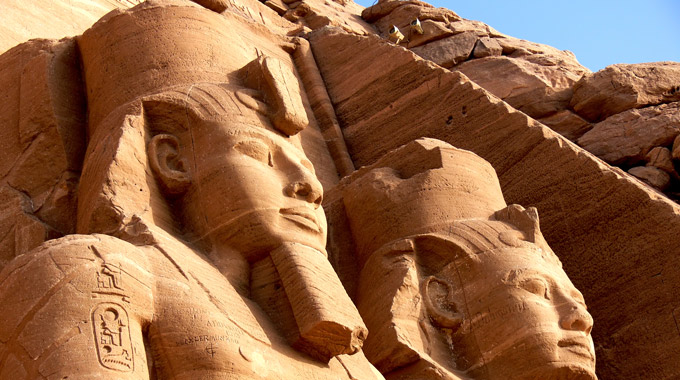 According to the U.N. World Tourism Organization, Egypt’s seeing a strong, years-long rebound in tourism. The country’s home to some of the best-preserved, best-known archaeological landmarks on Earth, such Ancient Egyptian treasures as the Great Pyramids, the Great Sphinx, the Temple of Luxor, and the Valley of the Kings foremost among them. Speaking of treasures, the Museum of Cairo is packed to the gills with them, but in 2020 Egypt’s set to open an even more splendid repository for its antiquities: the Grand Egyptian Museum, which’ll display (among much else) the contents of King Tutankhamun’s tomb. There’s more to Egypt than millennia-old artifacts. The Red Sea, for example, beckons with its sun-splashed beaches and outstanding snorkeling and diving reefs. 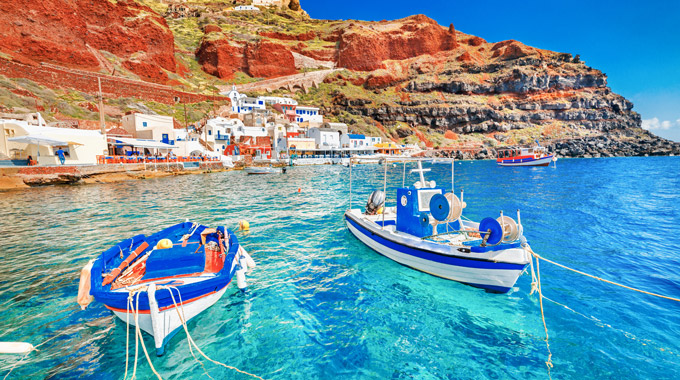 The history in Greece alone would be reason to come to this corner of southeastern Europe. Some of the world’s most extraordinary archaeological sites reside here, after all, from the Acropolis of Athens and the Oracle of Delphi to the Lion Gate of Mycenae and the Minoan ruins of Crete. This is ancient-looking countryside, a thrill to wander. Trekkers can goggle at the home of the gods—Mount Olympus—while the thousands of Greek Islands make some of the top R&R and partying destinations anywhere. We’d be remiss not pointing out the across-the-board deliciousness of Greek cuisine: Mediterranean dining (and wining) at its best! 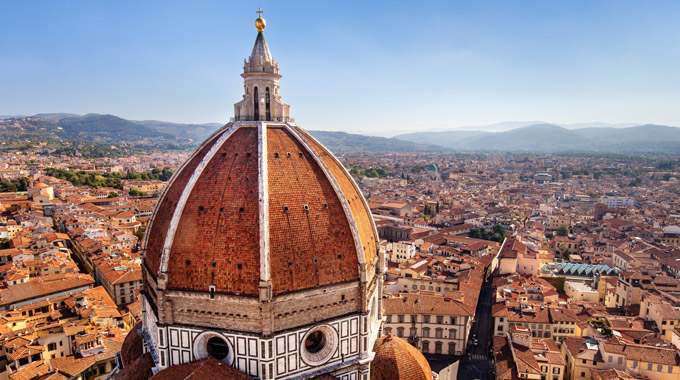 Italy has consistently ranked among the most popular destinations for globe-hopping travelers, and 2020 isn’t going to put a dent in that standing. Thousands of years of remarkable, world-shaking history remain palpable, from relics of Ancient Rome such as the Colosseum and the eerily preserved, volcano-blasted city of Pompeii to the Renaissance treasures of Florence, Venice, and Milan. (Italy’s tied with China for the most UNESCO World Heritage Sites of any country: 55.) When you’re not kicking back along Venetian canals or gazing at the masterworks of the Uffizi, take a full-bore plunge into Italian cuisine—including some of the most legendary wine country on Earth. Then there’s the Amalfi Coast, the soaring peaks of the Dolomites, the Mediterranean havens of Sicily and Sardinia. 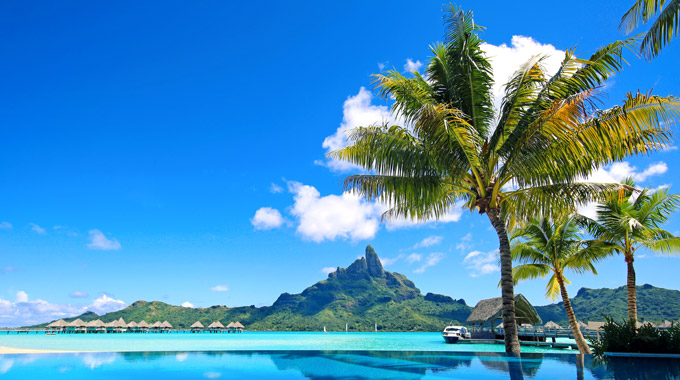 Dreamy visions of tropical South Pacific beauty have drawn outsiders to French Polynesia for more than a century, and when you dig into the culture behind the jungled peaks, palm beaches, and coral reefs, you’ll find the human story here—primarily the saga of the Polynesian people, outstanding seafarers—only deepens the island nation’s appeal as a vacation destination. Tahiti and Bora Bora are bucket-list destinations, while snorkelers and divers find some of the planet’s great underwater spectacles on display—not least the giant coral atoll of Rangiroa in the Tuamotu Archipelago.