Migratory animals such as bison, elk, and deer forged the first paths through the great Appalachian pass known as the Cumberland Gap, and humans followed in their footsteps.

Long known to American Indian peoples such as the Shawnee and the Cherokee, the Cumberland Gap came prominently on the radar of Euro-Americans in the mid-18th century. Frontiersman Daniel Boone made a name for himself by establishing a road through the Cumberland Gap under commission. Boone’s Trace, as it was originally called, became the Wilderness Road, which funneled several hundred thousand settlers westward into the bluegrass country of “Kentuckee” and beyond until 1810.

Set along the boundaries of Kentucky, Virginia, and Tennessee, Cumberland Gap National Historical Park protects this momentous break in the Cumberland Mountains and a long stretch of the ridgeline eastward to the high ramparts of the White Cliffs. From tours and guided spelunking to breathtaking Appalachian vistas and backcountry adventure, this long, narrow park is a must-see for history buffs, nature enthusiasts, and outdoor recreationists.

Here’s a look at the top 5 experiences within this tri-state treasure. 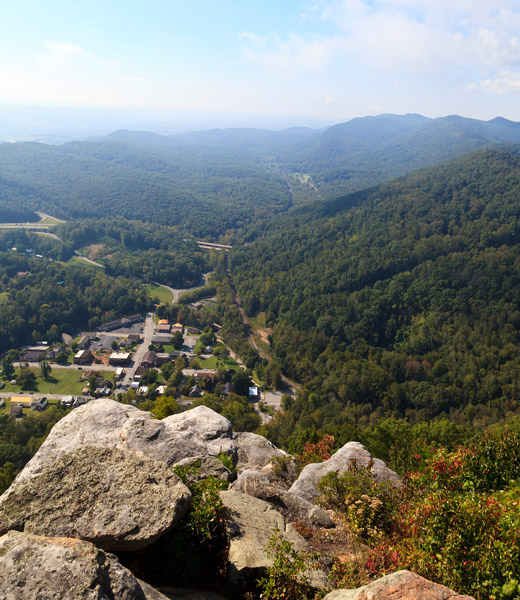 Take in the view from the Pinnacle Overlook

The grand panorama from the Pinnacle Overlook is the most-visited attraction in Cumberland Gap National Historical Park. A steep, twisty, but well-maintained paved road climbs 4 miles from the park’s visitor center up to the 2,400-foot vantage point, which overlooks the Gap with a view encompassing 6 states.

Those long views are the chief attraction, but there are other things to experience as well: Stand in 2 states at once by straddling the painted line marking the Kentucky-Virginia border and the old Confederate breastworks of the Civil War-era Fort Lyon is just a short loop path from the overlook. 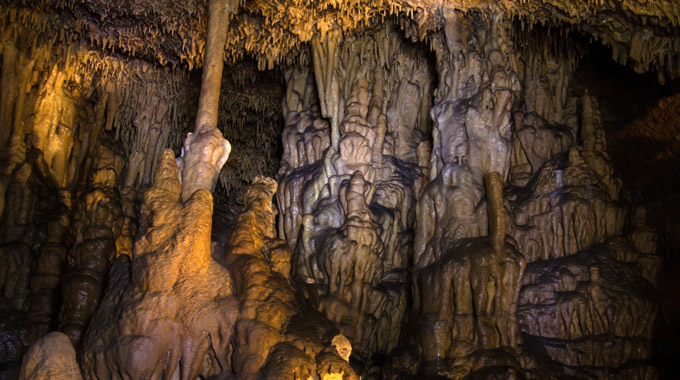 Go on a tour of Gap Cave

Dozens of limestone-pocked caves riddle the Cumberland Mountain, the best-known and most accessible of which is Gap Cave. A part of the multilevel cave is open to the public via roughly 1.5-mile-long ranger-led tours. Take in remarkable speleothems (cave formations) such as stalagmites, stalactites, flowstones, and soda straws while keeping an eye peeled for cave crickets, cave salamanders, and multiple bat species including big browns and eastern pipistrelles.

There’s a lot of history woven into these caverns: Union and Confederate soldiers occupied Gap Cave during the Civil War, and going further back in time, the remains of a Pleistocene short-faced bear were collected here. Visitors should plan to wear comfortable shoes to walk about a mile of the historic Wilderness Road to reach Gap Cave. 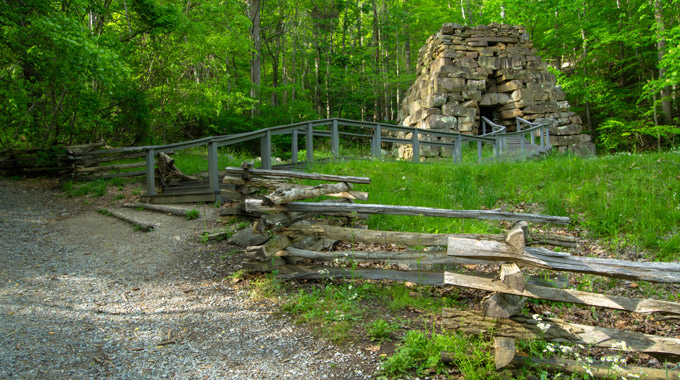 Just off the Wilderness Road Trail, visitors will find what remains of the iron-smelting complex originally known as the Newlee Iron Furnace. The 30-foot-high blast furnace was built in 1819 on the stream below Gap Cave and operated throughout the 1800s. The iron produced was sold to local blacksmiths or shipped down the Powell River to Chattanooga, Tennessee. 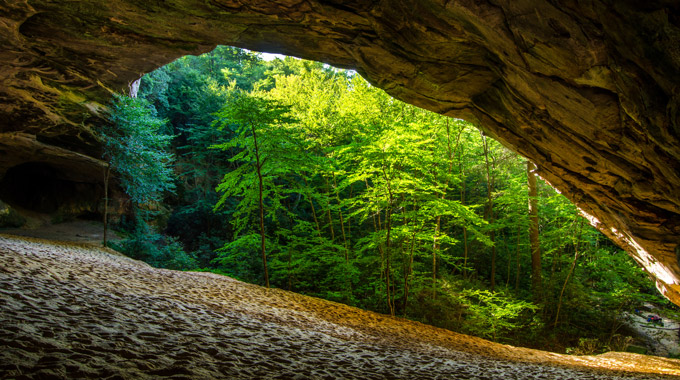 Explore the Cumberland Gap backcountry via the Ridge Trail

About 20 miles in length, the Ridge Trail runs the length of Cumberland Gap National Historical Park along the spine of the Cumberland Mountains. While day hikers can explore this backcountry route via multiple spur trails, it is best experienced via overnight backpacking at one of several designated campsites.

Sights along this route include Hensley Settlement, the wind-scoured alcove known as Sand Cave, and the soaring sandstone palisades of the White Rocks. Looming more than 3,500 feet above Poor Valley, White Rocks serves as a landmark for travelers journeying to Cumberland Gap.

Let the visitor center put it all in context

Visitors can set their Cumberland Gap National Historical Park exploration in context via the interpretive experience at the visitor center. Besides hands-on exhibits and a showcase of handicrafts, the well-maintained facility shows 2 educational films in its auditorium. The Cumberland Gap serves up an overview of the natural and cultural history of the mountain pass and Daniel Boone and the Westward Movement digs into the saga of Daniel Boone and the significance of the Cumberland Gap’s westbound trace in the expansion of the American frontier.

Members can visit a AAA branch for free maps and TourBooks1 and a travel advisor's assistance, or go online to use the AAA TripTik® Travel Planner, find maps in the AAA Map Gallery, check gas prices and road conditions, and much more.