As the sun dipped behind the Blue Ridge Mountains, stars and planets began to appear above Virginia’s Sky Meadows State Park. First a few, soon hundreds, and then a blanket of thousands.

But there was more to come.

“You can see it there. It looks like a cloud. A vertical cloud,” said Elliott Haney, 15, tracing a hand skyward. “It’s the Milky Way.” 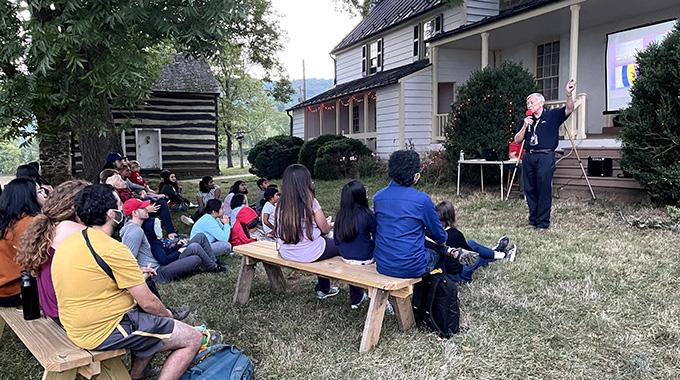 Attendees learn about astronomy at a stargazing party hosted by the Northern Virginia Astronomy Club. | Photo by Larry Bleiberg

Elliott’s family had joined about 150 visitors on a summer evening for a stargazing party celebrating Sky Meadows’ new designation as an International Dark Sky Park. The credential signals that the park offers exceptional nighttime viewing, thanks in part to an aggressive effort to reduce light pollution.

The Fauquier County preserve is among 5 places in Virginia that have earned the special status, the most of any state east of the Mississippi River, making Virginia the Dark Sky capital of the East Coast. The other parks include Staunton River, James River, and Natural Bridge state parks, along with Rappahannock County Park, a 7-acre preserve near the little town of Washington. 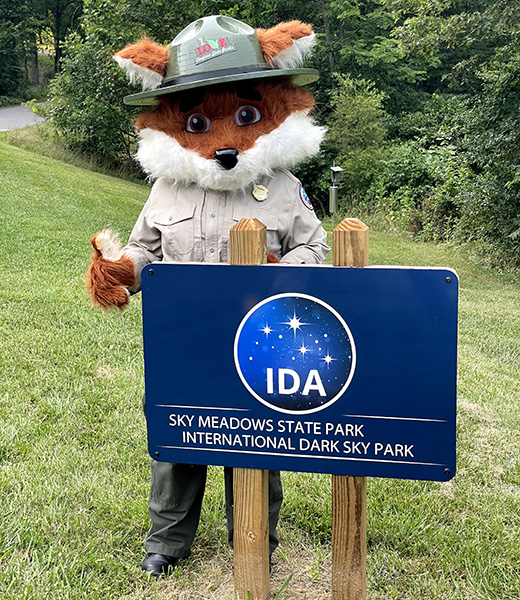 The park’s designation comes from the Arizona-based International Dark-Sky Association, which has certified nearly 200 parks, places, and communities around the world, from Croatia to Canada and Japan to Germany. Other U.S. Dark Sky designees include the Grand Canyon National Park in Arizona, Big Bend National Park in Texas, and Joshua Tree National Park in California.

Why dark skies are important 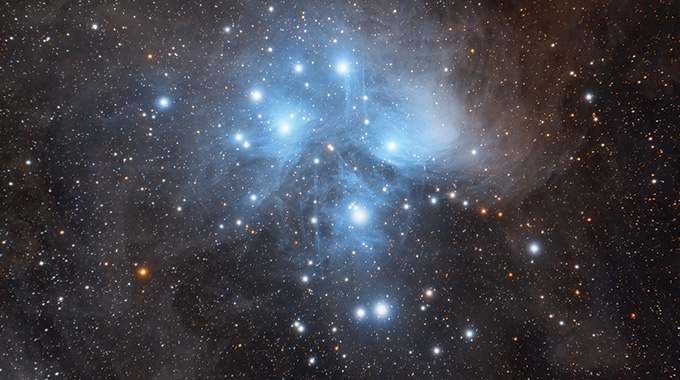 Messier 45, also known as the Pleiades, or the Seven Sisters, is an open star cluster that’s visible from Sky Meadows State Park. | Photo by Brandon Lewis

“In less than a century, we’ve extinguished the stars for most people,” said Laura Greenleaf, Virginia’s representative to the International Dark-Sky Association. She grew up near Sky Meadows State Park and was on hand for the dedication. In the state’s urban areas, it’s now impossible to see the Milky Way, she noted.

“You don’t have to be an astronomer to care about these things. It’s something that everyone can commit to,” Greenleaf said. “If we just turn off the lights that we don’t need, imagine what would happen.”

Dark Sky applicants must prove that their skies are indeed dark. Sky Meadows, which sits on the western edge of the Washington, D.C., metropolitan area, just barely made the cut. While its night sky offers great stargazing, there’s also a noticeable glow on the horizon from the subdivisions and shopping centers of Gainesville, about 30 miles to the southeast.

Scores of outdoor light fixtures needed to be replaced, and volunteers had to take numerous nighttime light readings to prove the park qualified. All said, the process to certify the 1,800-acre preserve took more than 5 years.

The park even switched out its restroom lights with red bulbs. Previously, a quick bathroom break would expose evening visitors to glaring florescent light, ruining their night vision for up to 30 minutes and making it much more difficult to see stars. Red lighting, by contrast, has minimal effect on night vision. That’s why star-party volunteers distributed small pieces of red nylon to visitors to shield their phones from emitting light.

Virginia Tech student Lora Callahan knows about the challenges. For her Girl Scout Gold Award project, she led a multiyear effort to earn Dark Sky status for James River State Park, near Lynchburg, which was granted in 2019. It took several years to research the zoning and lighting ordinances near the park and to build wooden shields to reflect outdoor lights downward. “That was a Mom-and-me project,” she said.

Callahan, who also offered advice on the Sky Meadows application, said the project helped inspire her career goal to earn a law degree and work on environmental policy. Dark skies, she said, are taken for granted until they disappear. And then it will be too late. “You can’t really go backward.”

While she was working on the Girl Scout project, she loved watching visitors gasp as they peeked through a telescope and got their first glimpse of a celestial object. “The reactions with adults and kids are the same.”

At the Sky Meadows star party, the gasps were plentiful. 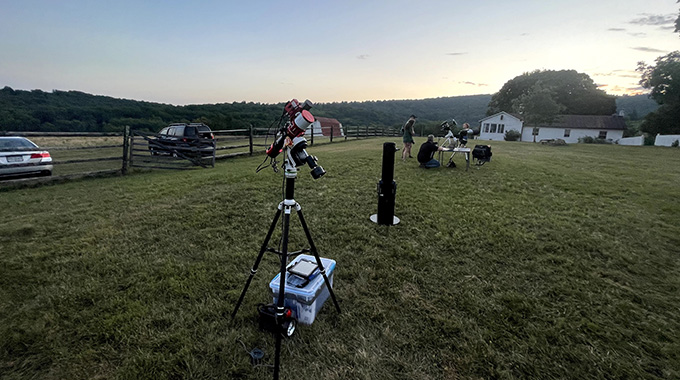 Setting up for successful stargazing. | Photo by Larry Bleiberg

Visitors gathered around telescopes marveled at seeing the rings of Saturn or a moon of Jupiter suddenly appear in the viewfinder. Others watched while an amateur astronomer used his stargazing equipment to take a timed exposure of the sky. The image slowly emerged on the iPad he held, revealing a swirling blue, crimson, and gold nebula, a cosmic image from hundreds of light-years away.

By 10:30 p.m., most park guests had left or retreated to their campsites. But Elliott Haney’s family was still taking in the glittering scene, grateful for the park’s Dark Sky status. “It’s really incredible that you can see so much,” the high school sophomore said. “We practically live in Washington, D.C., and we’re just an hour’s drive to see the Milky Way.”

Larry Bleiberg is an award-winning writer who has been published in National Geographic, USA Today, and the Washington Post.