By Richard A. Marini

For almost three decades, the Texas wine industry has been maturing like—you guessed it—a fine wine. And nowhere else is this more apparent than in the Texas Hill Country.

Many of the area’s 100 or so wineries are along what’s been dubbed the 290 Wine Trail, a 32-mile stretch of US Highway 290 between Johnson City, hometown of President Lyndon B. Johnson (named not for him but for a distant cousin), and Fredericksburg, founded by German settlers in 1846.

Around one million people visit the area annually, many coming to sip wine and other adult beverages—more on that in a moment—and enjoy some of the prettiest countryside in the state. (As of mid-October 2020, most of the wineries noted below were open. Of course, they may be limiting tours and tastings due to the pandemic, so call before visiting.) 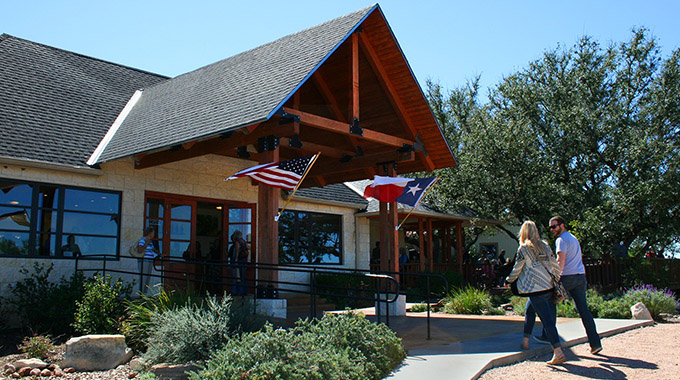 Bending Branch Winery, Comfort. Winemaking is both an art and a science, and Bending Branch excels in both. Texas’ only flash détente system heats grapes to 185 degrees, then pumps them into a vacuum chamber, where they’re flash vaporized, extracting nearly 100 percent of the grapes’ color and flavor. Science never tasted so good, especially the winery’s cornerstone tannat. To-go tastings start at $15. 830-995-2948.

Pedernales Cellars, Stonewall. The Cellars beckons with its large, oak-shaded deck, where you can kick back, imbibe, and enjoy views of the scenic Pedernales River valley (currently by reservation only). This winery specializes in Spanish and Rhône-style wines, including the state’s favorite viognier. Tastings start at $20. 830-644-2037.

William Chris Vineyards, Hye. Owners and longtime friends Bill Blackmon and Chris Brundrett have been combining their talents for making fine wines since bottling their first vintage together in 2008. As it was then, it is now: All of their wine—35,000 cases annually—is made exclusively from Texas-grown grapes, including their flagship mourvèdre. Tastings start at $20. 830-998-7654. 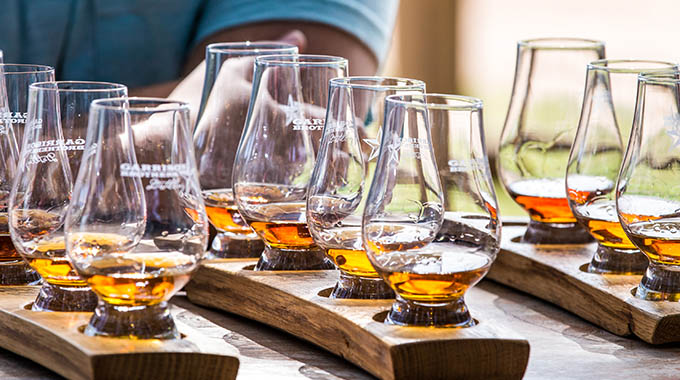 After several days of wine tastings and wine with dinner (and perhaps lunch), even the most committed oenophile may want alternative sippables. And the Hill Country region doesn’t disappoint.

Altstadt Brewery, Fredericksburg. What better place to make German-style beer than in an ersatz German castle? Altstadt’s three beer styles—lager, kolsch, and amber—are made according to German purity laws, which date from 1516. Flights start at $10. 830-304-2337.

Hye Rum Distillery, Hye. One of only a handful of rum makers in Texas, this modest distillery, located in a house with the still in a rustic metal building out back, produces five artisanal Jamaican-style rums: white, dark, spiced, Island Getaway (coconut), and white rum finished in a red wine cask. Tour and tasting, $20. 830-265-5644.

Hye Cider Company, Hye. For something completely different, try a cyser, an intriguing blend of apple cider and mead. Made with chef-inspired ingredients such as bay leaf and Turkish figs, the company's five varieties of cyser are surprisingly crisp and light, but not too sweet. With an average ABV (alcohol by volume) of about 9 percent, they still have a kick. Tastings are $11. 830-282-0143. 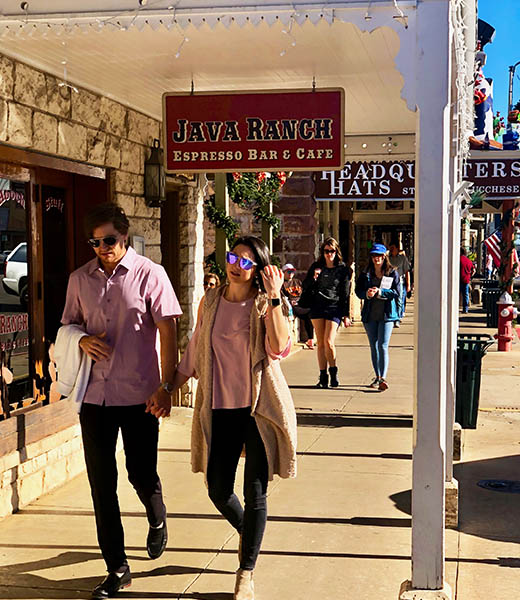 If there’s a capital of the Texas Wine Country, Fredericksburg is it. With a population of about 11,500, Fredericksburg retains so much of its small-town charm that on pleasant weekends the sidewalks are filled with city folk soaking in the atmosphere.

In addition to shopping and dining, check out the National Museum of the Pacific War, which tells the story of the Asiatic-Pacific theater of World War II. 830-997-8600.

About 18 miles north of Fredericksburg in the Enchanted Rock State Natural Area, a massive, 436-foot-high pink granite dome dominates the countryside. It offers plenty of hiking trails, as well as climbing opportunities from challenging to easy. Visitors can reserve and buy a day pass in advance. Timed-entry day passes are available through the online park reservations system. 830-685-3636.

Hye Market, Hye. Sharing a Texas Historic Landmark building with the town post office, the market serves elevated deli sandwiches such as the BLT with house-smoked B and a pork belly sandwich dressed with—say this three times fast—salty pickles and pickled peppers. 830-868-2300.

Otto’s German Bistro, Fredericksburg. Hill Country has plenty of German restaurants, but the cuisine at Otto’s is more opera than oom-pah. Try the duck schnitzel with späetzle (a German gourmet pasta) and rotkohl (a sweet-and-sour red cabbage). The small, covered front patio makes for pleasant dining on mild evenings. 830-307-3336. 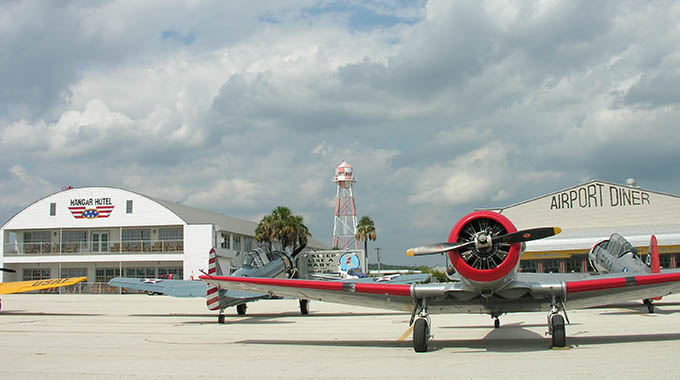 Hye-Way Haus, Hye. Built in 1924, this one-time farmhouse in the heart of the 290 Wine Trail has five comfortable themed suites. Guests have access to the full kitchen, dining room, and parlor area. 830-225-4051; hyewayhaus.com. 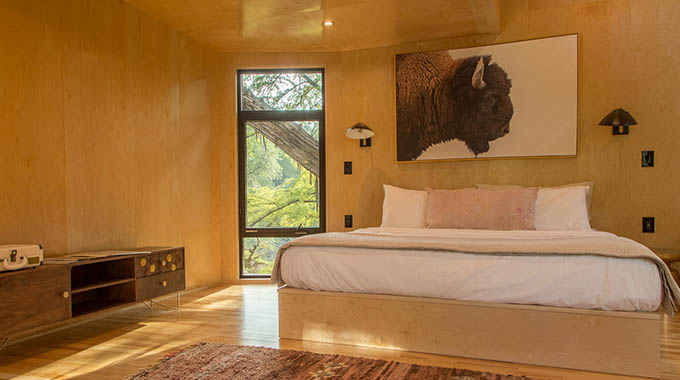 Cypress Valley, Spicewood. Here’s your chance to sleep in a treehouse with glamping comforts. Five treehouse lodgings, from rustic to posh, are nestled in a grove of old-growth cypress trees overlooking a creek ravine and connected by suspension bridges. There’s also a ranch house designed for larger groups. 512-264-8880; cypressvalley.com/lofthaven.

Richard A. Marini is a reporter with the San Antonio Express-News.