Located on the Gulf of Mexico, Corpus Christi is one of the most popular beach cities in Texas. | Photo by Hwang/stock.adobe.com

On the Gulf Coast of Texas and sheltered by Mustang and Padre islands, Corpus Christi is home to wetlands, estuaries, lagoons, and tidal marshes, plus wildlife like javelina and white-tailed deer and more than 300 species of birds.

Whether you’re visiting for a long weekend or all summer long, Corpus Christi sparkles with coastal charm.

What to see and do 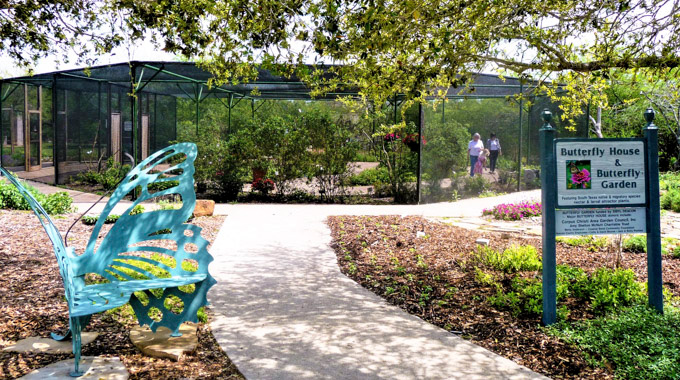 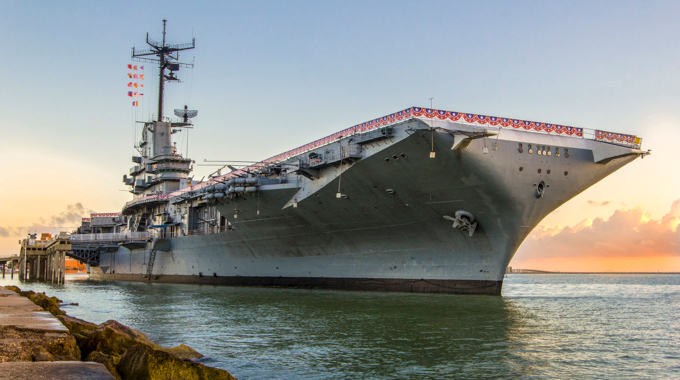 History buffs can spend hours exploring the USS Lexington (800-523-9539), one of the world’s oldest aircraft carriers. Now a naval aviation museum, the “Blue Ghost” is an Essex Class carrier that was commissioned in 1943 and was a part of the Fifth Fleet and the Third Fleet, where it spent 21 months in combat and participated in many major operations in the Pacific Theater. The Lexington destroyed more than 300 enemy aircraft in the air, almost 600 on the ground, and sank or destroyed 300,000 tons of enemy cargo. Today, visitors can tour the vessel and flight deck and experience an F/18 flight simulation, a 3D theater, and more. Adults, $18.95; youths (13–17), $16.95; children (4–12), $13.95. Parking, $5. 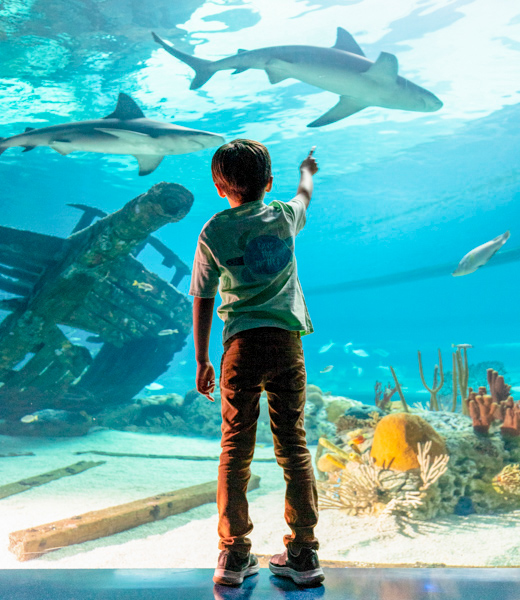 The Padre Island National Seashore (361-949-8068) offers 66 miles of remote coastline, prairies, tidal flats, and dunes on the longest stretch of undeveloped barrier island in the world. The National Seashore is a birding paradise, with more than 380 different bird species. It’s also an important nesting beach for the critically endangered Kemp’s ridley sea turtle, with more nests recorded here each year than anywhere else in the U.S. Visitors can enjoy fishing, kayaking, camping, and, in the summer months, sea turtle hatchling releases. $10 per vehicle for a one-day pass. 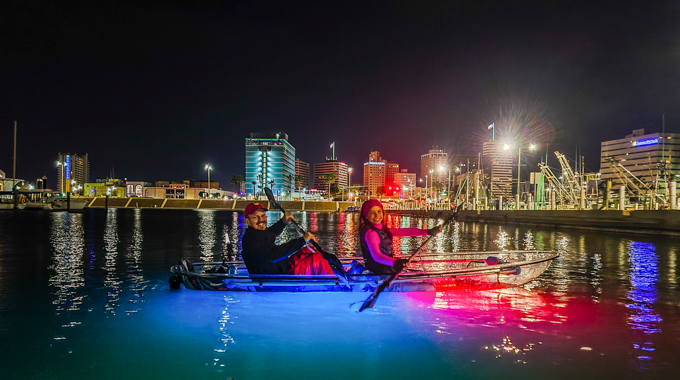 Paddle a kayak at night with GlowRow. | Photo by Zack Jurasek

Because of high windspeeds, Corpus Christi is one of the best places in the world to learn how to kitesurf. The sport—which uses a kite, a board, and the wind to propel surfers across the water—is popular here for beginners and advanced riders alike, and the Kite Academy (361-777-8294) offers lessons at every experience level. Looking for something a little less adrenaline-inducing? GlowRow (361-746-3250) takes guests 18 and older out on the water from March through November in see-through, glowing kayaks for nighttime views of fish, crustaceans, birds, and other marine creatures. $39.95 per person.

Delve into the local art scene at K Space Contemporary (361-887-6834), a nonprofit organization dedicated to contemporary art. Each year, K Space mounts about 20 solo and group exhibitions across its 3 galleries. Exhibitions have included paintings, sketches, photography, and even an artistic display of cigar boxes. 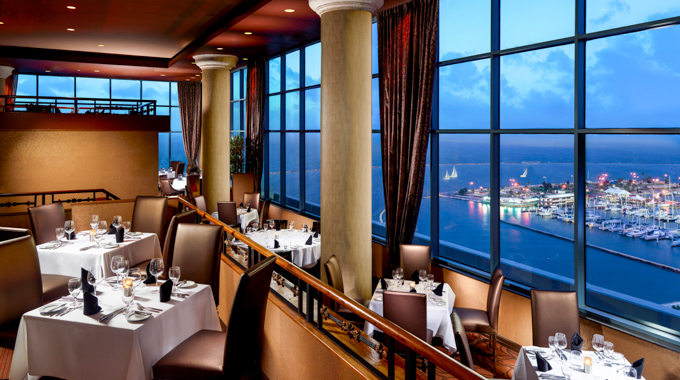 On the 20th floor of the Omni Corpus Christi, the AAA Three Diamond Republic of Texas Bar & Grill (361-887-1600) offers classic Texas steak house fare and wraparound views of the bay and the city. Order a glass of vino from the lengthy wine list, and pair hearty, flavorful meat-forward dishes, including quail, buffalo rib eye, and venison, with sides like brussels sprouts with pork belly, or mac-and-cheese with jumbo lump crab and Hatch chiles. (Be sure to designate a driver if you plan to drink alcohol.)

Since 1983, Water Street Oyster Bar (361-881-9448) has served up fresh Gulf seafood in an old transmission shop that’s been revamped into a coastal haven. Of course, there’s oysters, but don’t skip the fried Gulf sampler with the catch of the day, panko-crusted shrimp, and cornmeal-dusted oysters; the Gulf shrimp roll with poached Gulf shrimp in a lemon dressing; or the Water Street po’boy with fried shrimp and oysters.

For a casual dinner with a view of the sunset and the JFK Bridge, head to Doc’s Seafood and Steaks (361-949-6744), perched on the water. Doc’s eclectic, surf-and-turf menu includes crab cakes, steaks, yellowfin tuna tacos, salads, burgers, and an impressive tropical drink list.

Arguably Texas’ favorite fast-food establishment, Whataburger began in Corpus Christi in 1950. There’s an Insta-worthy replica of the original burger stand at 4126 S. Staples Street; the short menu painted on the unassuming white building lists a burger for 35 cents and a milkshake for 15 cents. Next door, a modern Whataburger serves favorites such as the patty melt or the jalapeño and cheese Whataburger with spicy ketchup on the side. 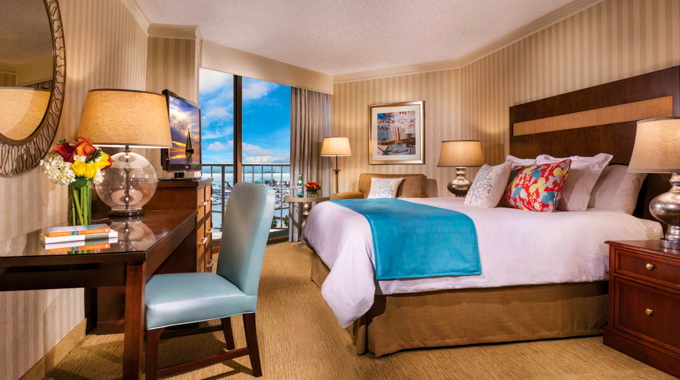 Lively Beach (361-866-5130) on Mustang Island is a new resort condominium offering modern accommodations just steps from the beach. The resort has private and secluded beach access and is minutes from shopping and restaurants. Each unit has a full kitchen and contemporary furnishings. Rates start at $169.

Dallas-based writer and editor Amanda Ogle has been published in National Geographic Traveler, Travel and Leisure, and Condé Nast Traveler.