A holiday getaway to Coastal Mississippi

Boats parade in full holiday decor at the Biloxi’s Christmas on the Water parade that concludes with a spectacular fireworks display. | Photo by Alex Demyan

There isn’t a snowball’s chance on the beach that Coastal Mississippi will have a white Christmas, yet this seaside area is known for its celebration of the season with an abundance of holiday entertainment and elaborate decorations. Skip the snow and instead indulge in 26 miles of white sand beaches with Southern charm all aglow. 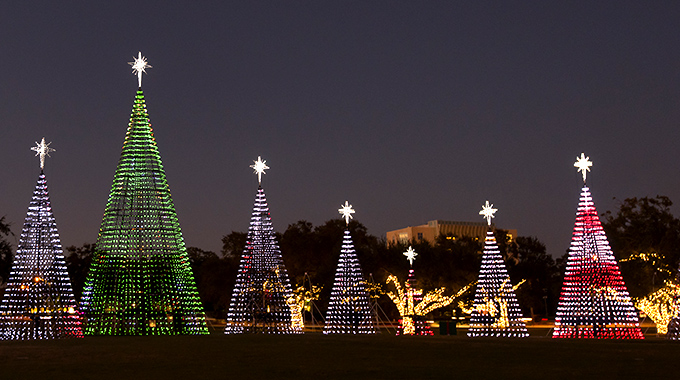 One of Mississippi’s largest Christmas light shows, the Gulfport Harbor Lights Winter Festival showcases 1.5 million lights spanning 40 acres in Jones Park. Visitors can stroll or ride a heated trolley through the spectacular display, visit Santa’s Village, and even hop on one of the holiday-themed carnival rides nightly from November 26 through December 31 (excluding Christmas Eve).

Boaters plan to converge in the Mississippi Sound for the annual Biloxi Christmas on the Water boat parade on December 4. The best spectator points are between Biloxi Small Craft Harbor and Casino Row, or between the Biloxi Lighthouse and Beau Rivage Resort and Casino. To become a part of the spectacle, climb aboard the Captain Pete, a touring boat that will serve up bites from area restaurants as part of its package. A fireworks show ends the parade with a bang.

If Santa traded his sleigh for a boat and was inspired by Mardi Gras revelry, you’d find him at Christmas on the Bayou in the Gulfport area on December 11. Starting at 6 p.m., upwards of 70 boats lit from bow to stern are expected this year to float along Bayou Bernard from Gulfport Lake to the bayou at Big Lake.

Round out your holiday getaway by exploring the area’s robust art scene. Top museums include the Ohr-O’Keefe Museum of Art in Biloxi, the Alice Moseley Folk Art and Antique Museum in Bay St. Louis, and the Walter Anderson Museum of Art in Ocean Springs, which is presenting “The South’s Most Elusive Artist,” an exhibit celebrating Anderson and the museum’s 30th anniversary through January 31, 2022. You can also admire public art while strolling downtown areas such as Fishbone Alley in Gulfport.

If you’re feeling lucky, pop into one of the many casinos decked out for the season along Casino Row. For a quieter pursuit, try your hand at sculpting your very own “sandman” on the beach—one of the nation’s longest—that spans from Biloxi to Pass Christian. It might last only as long as one made of snow, but the memory of your holiday getaway will certainly endure for years to come. 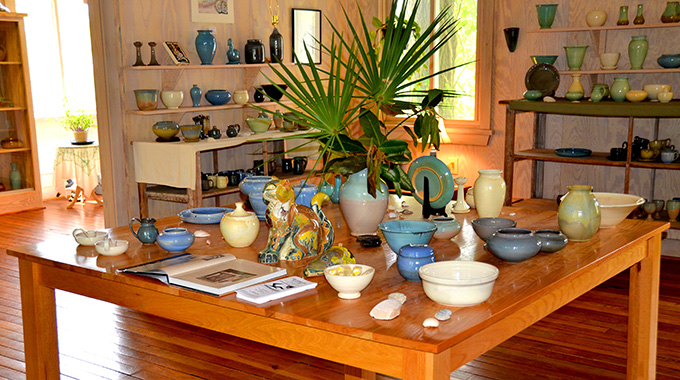 With a mission to celebrate the creative spirit, Robin’s Nest in the Pass features jewelry, art, and home decor in Pass Christian. Downtown Ocean Springs brims with unique shops, such as Shearwater Pottery, where gifts come with a story. For outdoor gear, duck into 211 Main in Bay St. Louis.

Four modern cabins inspired by the 1950s and ’60s at The Beatnik hotel in Ocean Springs come complete with wet bars and private outdoor showers. | Photo by Christy Ryan

Inspired by the 1950s and ’60s, modern cabins at The Beatnik in Ocean Springs have spa-like outdoor showers. With views of the Mississippi Sound, Biloxi’s Hotel Legends tips its hat to a bygone era with a Sinatra edge to it. And the Pearl Hotel boasts a boutique hotel experience with a luxe cocktail bar.