Why you should visit New Mexico’s national parks in winter

Given New Mexico’s vast terrain, adventurers can choose from desert escapades or snowy alpine pursuits. Enjoy a free day at all National Park Service sites on January 17 for Martin Luther King Jr. Day (one of a handful of annual fee-free days). Day-use admission is also waived at New Mexico state parks on January 1 to encourage New Mexicans to start the new year outside.

Here are a few winter activities scheduled at New Mexico’s national parks, monuments, and preserves. Confirm events ahead of your visit and check for current mask requirements and other health protocols. 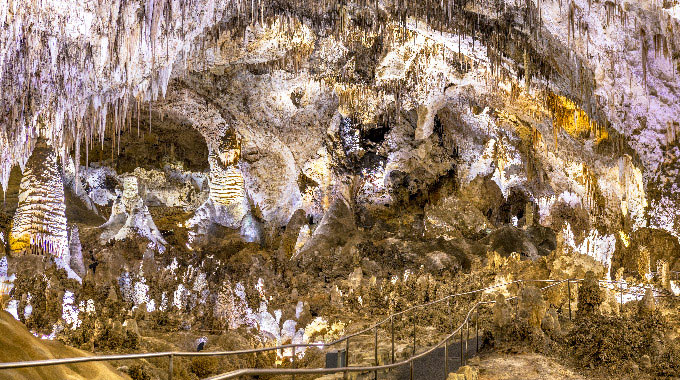 Naturally climate-controlled Carlsbad Caverns is between 52 and 59.5 degrees year-round, which is roughly the December daytime high temperature outside the caverns. Some 400,000 people visit Carlsbad Caverns annually. The winter months are by far the least visited, allowing for less-crowded exploration of this cave system that contains the largest chamber in the United States, the Big Room, at more than 8 acres. Other amazing spaces in the caverns include the Queen’s Chamber, the Green Lake Room, the Hall of the White Giant, and the Spirit World.

Every December, costumed park rangers put on the Rock of Ages program, which depicts Carlsbad Caverns’ history. Typically, guests experience total darkness in the Big Room as people sing the gospel hymn “Rock of Ages,” continuing a tradition that started in 1928. This year, the event will be a video program instead.

Visit the park’s website to schedule your self-guided tour. Tickets ($15) to enter the cave can be purchased only at the park. Reservations must be made in advance. For general tickets and reservations, call (877) 444-6777. 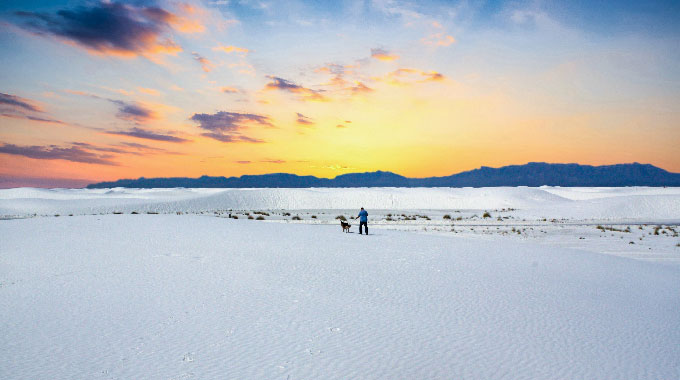 Sledding is a year-round sport at White Sands National Park, where gypsum sand dunes glisten like snow. Winter is the perfect time to visit New Mexico’s newest national park because of the thin crowds and mild southern New Mexico temperatures. Bring a plastic saucer disk or purchase one at the park, and zip down the dunes.

Monthly ranger-led tours to Lake Lucero are held through March. This dry lakebed is the source of White Sand’s gypsum sand, and hikers traverse the park’s backcountry along a 1.5-mile trail to learn about this feature. Tickets for the day hike are $8 and require reservations. 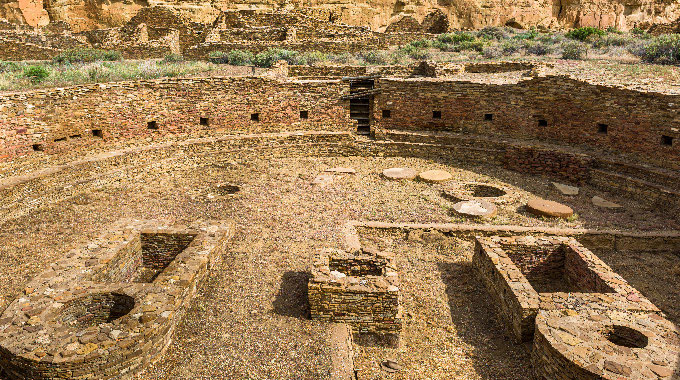 Chaco Canyon National Historical Park protects the Great Houses built during the apex of the ancient Puebloan world, roughly between AD 850 and 1200. These architectural marvels were aligned to astronomical events and served as a calendar for planting, weather forecasting, and ceremonies critical to culture here.

On the winter solstice in December, view the rising sun align at Kin Kletso, a ruin that’s a short walk from the Pueblo del Arroyo parking area along the 9-mile Ruins Loop Road. Gates to the road will open early, at 6:30 a.m., to allow time to see the 7:20 a.m. sunrise. Chaco Canyon was declared an International Dark Sky Park in 2013, and the winter sky here is dizzyingly clear and filled with constellations. This time of year, the stillness in this remote place is so intense, you may feel as if you have this 34,000-square-mile park all to yourself. Day passes, $15. 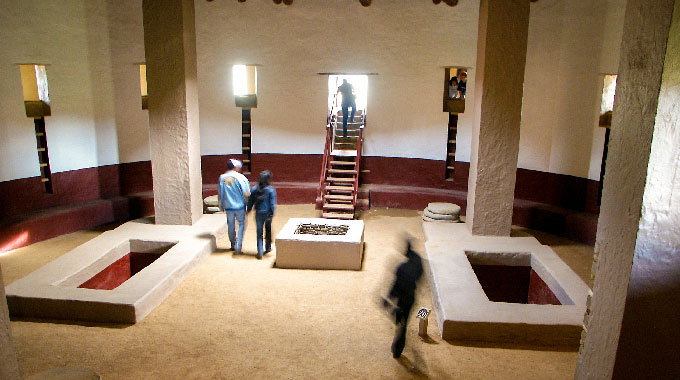 Aztec Ruins National Monument protects a Chaco Canyon–related Great House in the city of Aztec, some 70 miles north. On the evening of the winter solstice, a ranger-led program will explain the solar alignment that Ancient Puebloans ingeniously built here to mark the beginning of winter. Visit the park’s Facebook page for event updates. Admission is free. 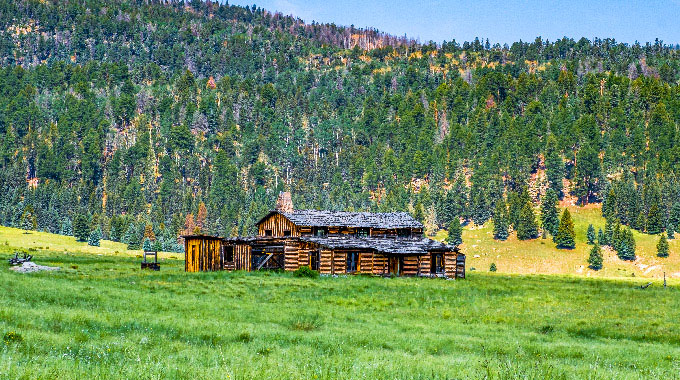 Called the Yellowstone of the Southwest, Valles Caldera National Preserve is a 90,000-acre skiing and snowshoeing playground come winter. Skiers and snowshoers slide or step along snow-covered roads and trails as elk graze in the distance. Trails wind through ponderosa forests alive with gray jays, badgers, golden eagles, and other wildlife.

Parents tow kids on sleds through the silent landscape, and everyone can enjoy hot chocolate back at the visitors center afterward. On particularly cold days, park rangers ignite an outdoor fire pit where visitors can warm up. Bring your own gear or rent snowshoes and poles at the visitors center for $20. Snow or not, hikers are invited to explore the preserve’s trails year-round, and winter offers excellent photo opportunities. Admission is free.

Cross-country skiing is also popular at nearby Bandelier National Monument, where two trails are marked with colored diamonds to guide skiers through the forest. Passes start at $15.

Read more: The best places to ski in New Mexico.

Steve Larese is an Albuquerque-based travel journalist who explores the American Southwest, whether it’s through learning the local cultures or dropping into remote canyons for days at a time.