On the Vermont Cheese Trail

These Vermont cheesemakers are breaking out of the cheddar mold with artisanal treats.

Say cheese to a Vermont visitor, and the response is likely to be “cheddar.” Wheel upon wheel—mild, sharp, and extra sharp—cheddar is the Green Mountain State’s iconic cheese.

As American food tastes have grown more sophisticated, however, small producers have sprung up to satisfy those palates. With more than 50 producers, Vermont has more cheese artisans per capita than any U.S. state, according to Jeffrey Roberts, author of Salted and Cured: Savoring the Heritage, Culture, and Flavor of America’s Cured Meat and The Atlas of American Artisan Cheese.

About three-quarters of those artisans make farmstead cheeses from the milk of goats, cows, or sheep they tend. “The animals are their animals, they’re on their pasture, they’re only using their milk exclusively,” Roberts says.

The French have a word for it: terroir. It refers to the character of a place—its soil, climate, and all the geographical particulars that define the things that grow there. The concept is most often associated with fine wines, but it applies equally well to Vermont artisan cheeses.

Some cheesemakers and their farms welcome visitors. “A call ahead is essential,” especially when farmers are making cheese, says Roberts, a consultant to artisan cheese makers across the country. 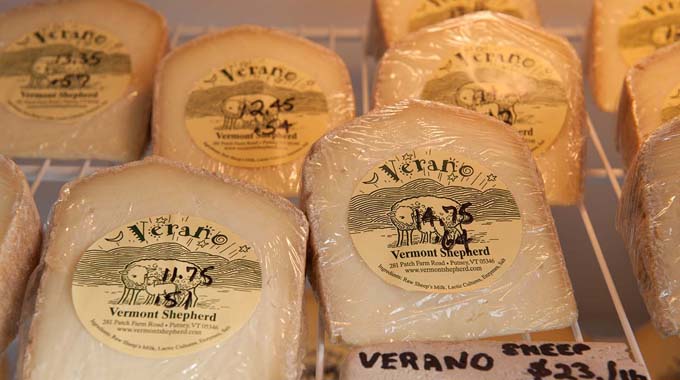 David explains that his flock grazes on plants whose flavors end up in the farm’s cheeses. From April to November, the Majors work long hours milking their sheep and moving the flock to different pastures every 12 hours.

“Our pastures are incredibly diverse,” he says, citing, among other things, the scent of the wild geraniums that grow there. “When I go to pour the milk in the vat, I smell it.”

This terroir extends to the cave in which the Majors age their products. With time, the cheeses develop a rind made of mold and spore-forming bacteria that are native to the place.

The demand for their Verano sheep’s milk cheese is so strong—it’s available only from late August until that year’s supply runs out—that the Majors limit the quantities customers may buy. Murray’s Cheese, a purveyor in New York’s Greenwich Village, describes Verano as “smooth, sweet, and herbaceous, with notes of clover, mint, and thyme.”

The Majors have also won acclaim for Invierno, their more readily available winter cheese (available through mid-summer) made from a mixture of sheep’s and cow’s milk. 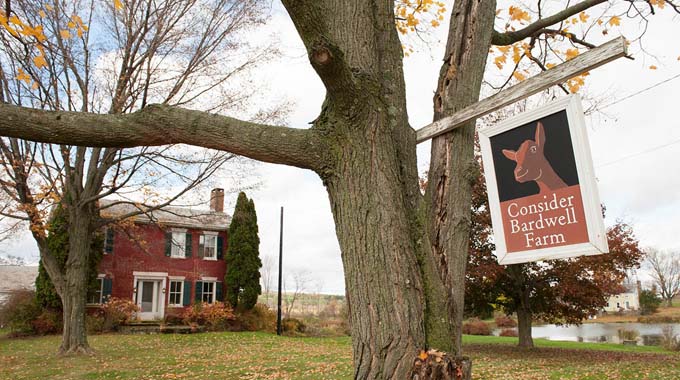 Consider Bardwell Farm’s history was largely unknown to its current owners until a high school student writing a term paper appeared at the farmhouse door more than a decade ago. In his hand were business ledgers showing that Vermont’s first cheese-making co-op was established on this Mettowee Valley farm near the New York border in 1864.

“My wife turned to me and said, ‘We’ll open it again,’” Russell Glover recalls. So, the two New York City professionals—Glover is an architect; his wife, Angela Miller, is a literary agent—learned the intricacies of cheese making.

Relying on its herd of Oberhasli goats, as well as cow’s milk from neighboring farms, Consider Bardwell has placed its products in such fine restaurants as Manhattan’s Per Se and Jean-Georges and has consistently brought home honors from the American Cheese Society, an organization that promotes and supports the American cheese-making industry.

The earthy and bright-tasting Manchester cheese, named like most Consider Bardwell cheeses for a nearby town, is a favorite of the farm’s head cheesemaker, Leslie Goff. More than 100 goats contribute milk for the aged, peasant-style tomme, but the prized cultures (the bacteria that promotes the milk acidification that’s essential to cheese-making) come from just three—Trudy, Petal, and Dandelion. Each one’s milk is subtly different, creating flavors as individual as each goat.

“Trudy might be more yogurty tasting, Petal more earthy and mushroomy, and Dandelion might be a little more sweet,” says Goff. “The time of year and type of pasture also affect the taste. Manchester is made with our own native cultures. And that’s rare to find in the U.S. People cannot mimic that. That’s what artisanal cheese making is all about: making cheese that’s not always straight across the board. That’s what makes it special.”

Consider Bardwell Farm welcomes visitors to take a self-guided walking tour and purchase cheeses from its farm stand. A path leads visitors past a large white barn and through the fields where the goats graze, leading to the winding Indian River, a tributary of the Mettowee, for which the valley is named. 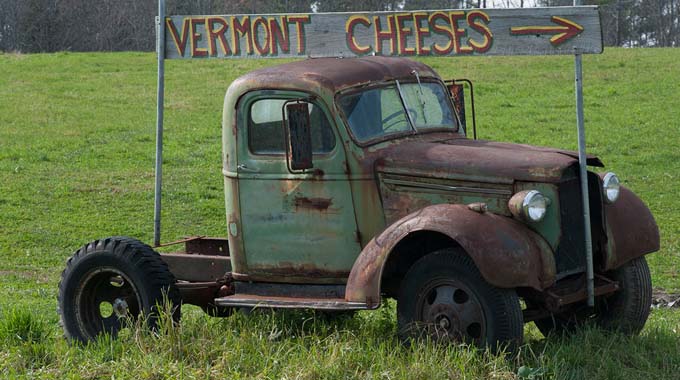 Pigs, rabbits, goats, chickens, and a donkey roam Taylor Farm, which lies midway across Vermont on the spine of the Green Mountains. All these animals delight visiting children, but pride of place belongs to the farm’s Jersey and Holstein cows. The Holsteins, a Dutch breed, figured in the decision that Jon Wright made in the mid-1990s to start making a Dutch cheese—Gouda.

Typically mild and nutty, Taylor Farms’ Gouda comes in several varieties. The maple-smoked version is the most popular, according to Wright. A maple-smoked garlic Gouda introduced in the summer of 2013 has sold briskly. But the prize for the most unusual cheese would have to go to the peppery nettle Gouda. The green herb “is good for the immune system,” says Wright’s sister, Mimi, who also works on the farm, “and it makes a subtly flavored cheese.”

In addition to their cheeses, the Wrights sell eggs and raw milk produced at the farm, and, to the surprise of some visitors, they also stock their farm stand with cheeses made by artisanal competitors, for whom Jon Wright feels a “nice camaraderie.”

“It behooves us to support everyone,” he says.