The pandemic has made travel—including lengthy road trips—complicated. But if you’re itching to escape from the Houston area into another world—one where sunlight streams through Spanish moss draped on bald cypresses, and warm breezes blow—then buckle up and head to the Big Thicket. Depending on your schedule and how often you want to stop, you can make this trip in a day or two by making a 300-mile loop from Houston to the Big Thicket, then through Galveston, and back to H-Town.

Among the highlights is Big Thicket National Preserve (409-951-6700), a series of parklands north of Beaumont stretching along the Neches River. Comprising more than 110,000 acres, the Big Thicket makes social distancing easy.

This patchwork of Lone Star wilderness is a bit bigger than West Texas’ Guadalupe Mountains National Park. The Big Thicket is also an ideal gateway for a longer trip if travelers prefer to learn not just about the plant and animal diversity of the shadowy bottomlands of East Texas, but also about the coastal communities and attractions of what locals call the Cajun Coast.

Getting a taste of Liberty

Leave Houston on I-10 east, then head north on US 90. As you cross the Trinity River about 45 miles northeast of Houston, you’ll encounter Liberty (B). This historic small town on the Trinity was originally a Spanish outpost. William Travis, the Texas legend who died at the Alamo, had an office here, as did Sam Houston. The Sam Houston Regional Library and Research Center (936-336-8821) holds documents and historic archives pertaining to the area. The center’s grounds also boast several significant historic homes, including the one-room St. Stephen’s Episcopal Church dating to 1898. In Liberty, pick up picnic supplies at Big Frank’s BBQ (936-253-8907). 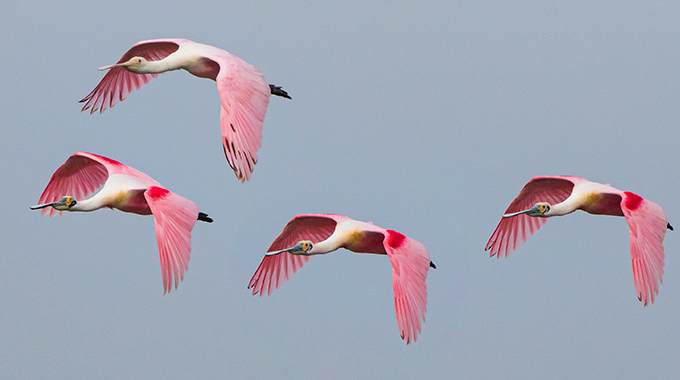 Timing is everything, they say, so if you have time for a detour, hit the nearby Great Texas Coastal Birding Trail and the nearby Trinity River National Wildlife Refuge (936-336-9786), which offers good fishing on Champion Lake (C). You’ll find plenty to see and do, but if you are short on time, continue directly on to the Big Thicket (D), about 50 miles up the highway north of Kountze (E). 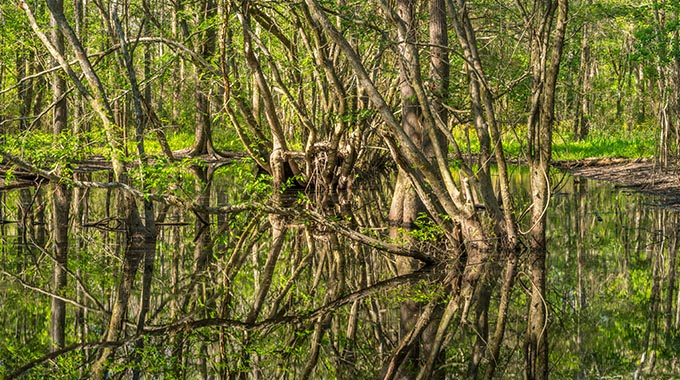 A bog on the Woodlands Trail in Big Thicket National Preserve. | Photo by Laurence Parent

As of this writing, the preserve was still open, although the Big Thicket Visitor Center was not, and ranger activities had been canceled. Nature lovers will find plenty of trails. The Kirby Nature Trail off FM 420 offers a glimpse of diverse ecosystems found in the Big Thicket—with interpretive signs, families will enjoy an introduction to the “biological crossroads” found in the region.

The range of wildlife and vegetation represent a mix of species spanning both the Southeast and Southwest zones of the United States. Four out of five types of carnivorous plants found in North America can also be found in the shady preserve. You can view the bug-eating plants of the Big Thicket along the 1-mile Pitcher Plant Trail, located south of FM 1943-E, and on the Sundew Trail (same map as Pitcher Plant brochure), west of US 287, which has forested strolls of different lengths.

Roving the roads that crisscross the Big Thicket, you’ll glimpse pine forests, cypress swamps, and quiet meadows. Binoculars come in handy, as well, if you want to see why the American Bird Conservancy celebrates the area as important avian habitat (hint: lots and lots of different birds).

Rustic charm and swell scenery welcome you along the county roads perpendicular to US 287 above the town of Kountze—FM 420, FM 1943, or for a little more adventure check out Gore Store Road, a birding hot spot. Next, take US 96 southbound to Port Arthur. Paddlers, take note: The sleepy town of Silsbee is home to Eastex Canoe Trails (F), which rents canoe and kayaks (409-385-4700). Turning south, you’ll wend your way toward the low-lying coastal plain and sandy beaches of the Upper Texas Coast. Make sure to grab a meal in Port Arthur (G) or nearby. 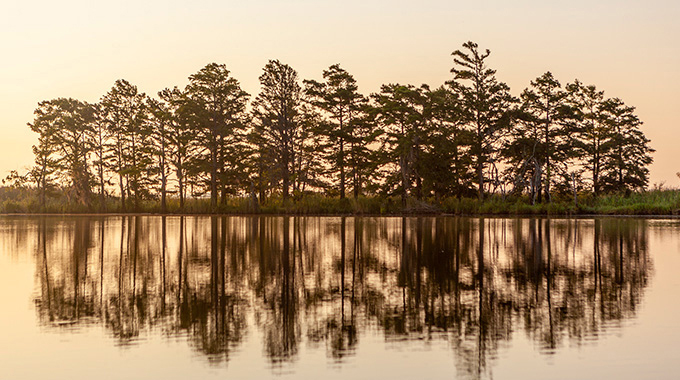 Along with Beaumont, Port Arthur on the shores of Sabine Lake is considered the heart of the Cajun Coast in Texas (little wonder, as Louisiana occupies the eastern bank of the Sabine). It’s also home to the nation’s largest oil refinery. A tasty detour to the city of Groves proves worthwhile when you locate Larry’s French Market (409-962-3381), a popular spot specializing in crawfish and other Cajun dishes.

Back in Port Arthur, you won’t want to skip the impressive Museum of the Gulf Coast (409-982-7000), either. The 39,000-square-foot institution, which reopened in May 2020, boasts a massive, indoor mural that traces Southeast Texas history from the age of the Karankawa tribes through modern times. Additional exhibits are dedicated to energy development and natural history.

The second floor has the Music Hall of Fame and Sports Hall of Fame, dedicated to local success stories. Arguably the most famous inductee is rock ‘n’ roll great Janis Joplin, who grew up in Port Arthur. Her “psychedelic” Porsche sports car anchors the music hall.

To make the most of your drive back to Houston, avoid I-10. Instead, follow TX-73/124 to Winnie (H). Heading south, you’ll pass small wildlife sanctuaries run by Houston Audubon (713-932-1639) and the Gulf Coast Bird Observatory (979-480-0999)—a magnet for birds and birdwatchers during spring and fall migrations.

On the charming, laid-back Bolivar Peninsula, soak up the breeze coming off the Gulf of Mexico, and find a public beach access before you board the free ferry. An 18-minute cruise carries you to Galveston Island (I), where you can linger and explore, or buzz back to Houston, rested and ready to return to real life. 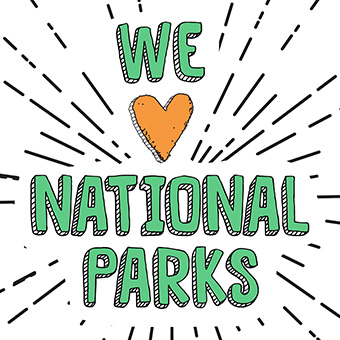 Download our National Parks Activity pack, which has games, coloring activities, and more to entertain the whole family.