A kayaker navigates down the Current River. | Photo courtesy Missouri Division of Tourism

Missouri became the nation’s 24th state when it was founded on August 10, 1821. While special events and activities will mark the bicentennial this year, don’t miss these 10 historical towns and sites to understand the state’s rich history and commemorate this milestone birthday. 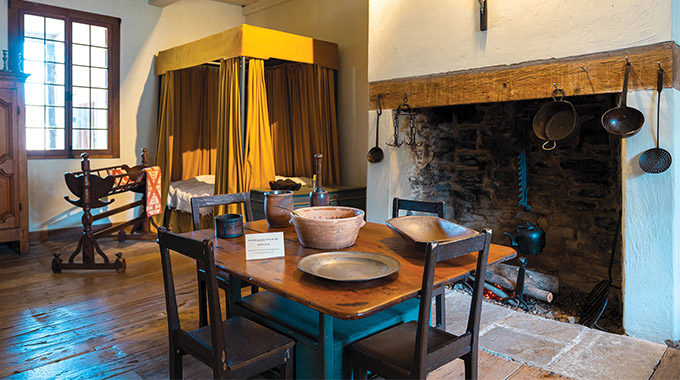 Inside the Louis Bolduc House. | Photo courtesy of Missouri Division of Tourism

Among the first Europeans to call the region home were French-Canadian fur trappers, farmers, and miners who settled Ste. Geneviève. Although the founding date has been debated, many experts say it occurred in 1751. Flooding on the Mississippi River in 1785 forced the town to move about 3 miles inland, so none of the original structures remain.

Among its oldest buildings, the Louis Bolduc House dates to the late 1780s and is now a National Historic Landmark. Another home of note, open for tours, is the Felix Vallé House, a state historic site built in 1818. Recognizing the city’s rich history, the National Park Service established the Ste. Geneviève National Historical Park in October 2020. It offers walking tours of the historic district and of the Bauvais-Amoureux House, which dates to 1792.

Many of the old homes are now bed-and-breakfast inns or charming restaurants and shops, all open for the public to explore and experience a bit of Missouri’s early life. The French Heritage Festival over the second weekend in June celebrates Ste. Gen’s heritage, and the Jour de Fête outdoor craft fair is the second weekend in August. 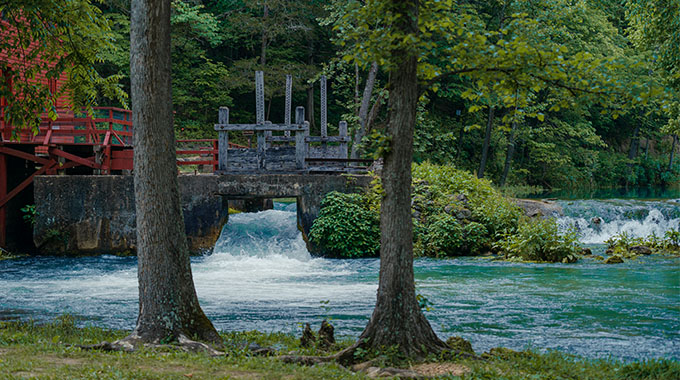 One of Missouri’s first state parks, Big Spring was dedicated in 1924 near Van Buren. The park later combined with nearby Alley Spring and Round Spring state parks to become part of the Ozark National Scenic Riverways, the first national park area to protect a wild river system. Floaters treasure the park’s spring-fed Current and Jacks Fork rivers that wind through a landscape of rugged hills and towering bluffs.

The park’s historic buildings include the Big Spring Dining Lodge and cabins, built by the Civilian Conservation Corps in the 1930s. All are undergoing rehabilitation to keep these buildings around for another 100 years or more. 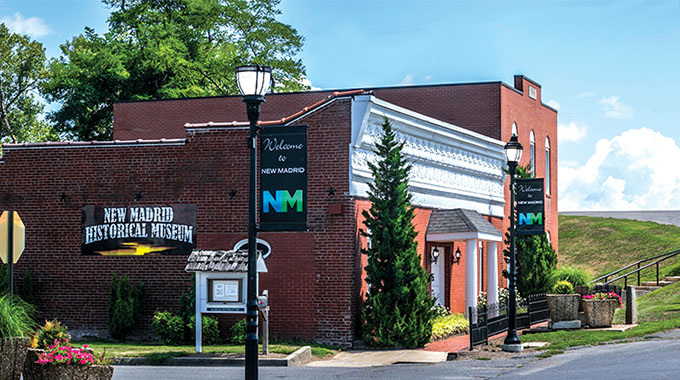 A series of earthquakes centered in New Madrid rocked much of North America 10 years before Missouri became a state. The first, on December 16, 1811, was followed by hundreds of quakes over three months, some of which were felt hundreds of miles away. Despite 200 years of tornadoes and floods, this sequence of earthquakes is the most significant natural event to have occurred in the Show-Me State.

The New Madrid Historical Museum devotes more than one-third of its space to the earthquakes, including an exhibit that showcases earthquakes happening in real time around the world. Watch closely. The New Madrid Seismic Zone records upwards of 400 quakes per year, though most cannot be felt. 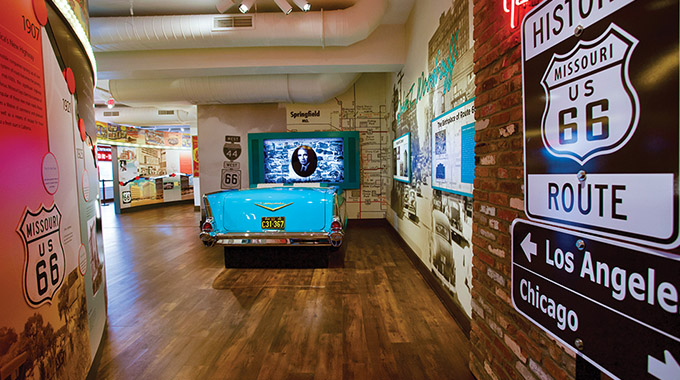 The History Museum on the Square pays homage to Route 66. | Photo by Bruce N. Meyer

For a bicentennial road trip, follow the 315-mile stretch of the Mother Road in Missouri that has attracted millions of travelers from around the world to the Show-Me State.

There are so many iconic places, but start in St. Louis with the Chain of Rocks Bridge and Ted Drewes Frozen Custard. Just southwest of the city in Eureka, stop in the Route 66 State Park, where the visitors center is the former Bridgehead Inn, a 1935 roadhouse that once welcomed Route 66 travelers.

Two museums—the Route 66 Museum in Lebanon and the History Museum on the Square in Springfield—help travelers to understand the route’s appeal. 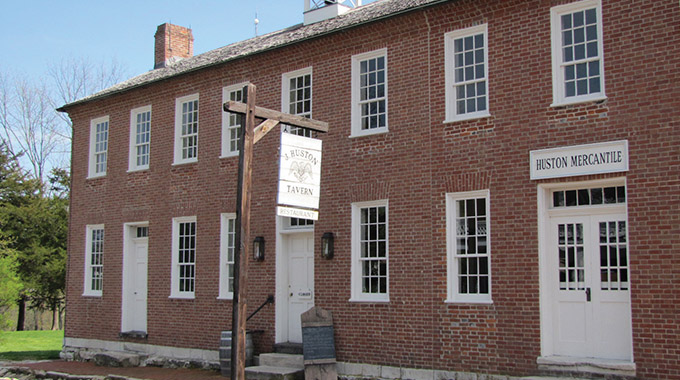 When their expedition passed through central Missouri in June 1804, Lewis and Clark noted a beautiful spot for a town. Arrow Rock was founded there on the banks of the Missouri River in 1829. J. Huston Tavern, which opened in 1834, is Missouri’s oldest continuously operating restaurant. It is closed temporarily for construction, so check before you visit.

As the state park system gained momentum in the 1920s, the state acquired land that would eventually become the Arrow Rock State Historic Site. Today, the year-round population of Arrow Rock is about 56 people. 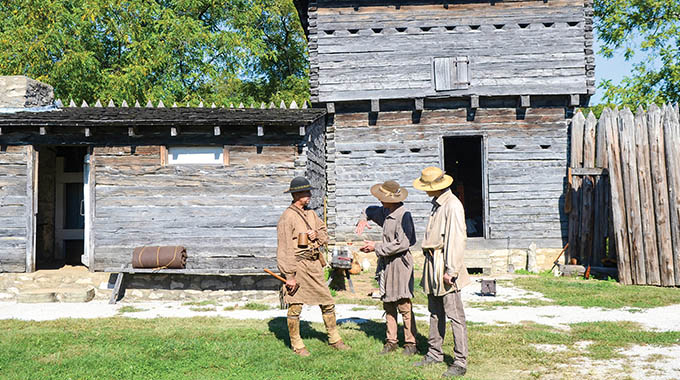 A few days after passing Arrow Rock, the Lewis and Clark Expedition rounded a bend in the Missouri River. William Clark noted in his journal that it would be a good spot for an outpost. Under Clark’s direction, Fort Osage was founded four years later, and today it is a National Historic Landmark.

The interpretive center begins with the history of the Hopewell and Osage tribes, who lived there long before European settlers came to Missouri. Other exhibits explain the state’s flora and fauna and examine the fort’s developments throughout the centuries. Reconstructed buildings bring the frontier era to life. 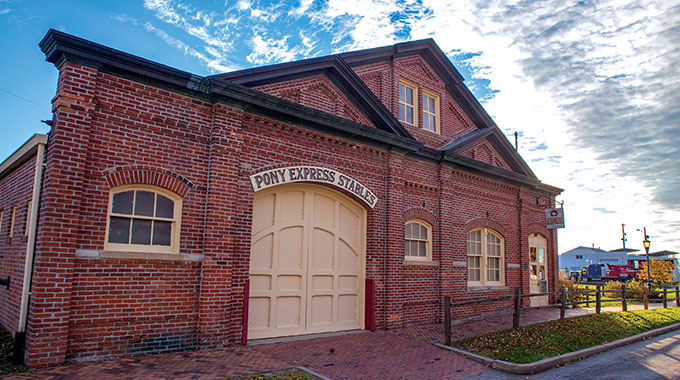 Missouri was just 5 years old when Joseph Robidoux established a fur trading post in 1826 that was later named St. Joseph after his patron saint. For much of the 19th century, it served as a transportation and economic hub, and seemingly everyone came through town—those traveling the Oregon Trail, gold seekers on the California Trail, steamboats, railroads, the Pony Express, and an outlaw named Jesse James.

Visitors can see the home where James was shot in 1882 by a member of his own gang to collect a $10,000 reward. And the Pony Express National Museum preserves the stables from which riders set off on horseback with a mochila, or knapsack, filled with mail to Sacramento, California, starting in 1860. Exhibits chronicle this daring 18-month endeavor that embodied rugged American virtues. 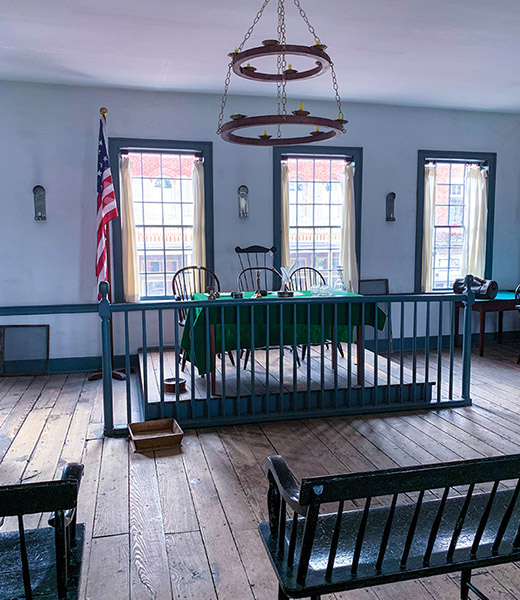 For the first five years of statehood, Missouri’s Capitol was in St. Charles. The historic two-story brick building still stands, looking almost exactly as it did when 14 senators and 43 representatives took their seats for the first legislative session in the summer of 1821. While most business focused on setting up a functioning government, noteworthy decisions made at that first Capitol building included outlawing dueling in Missouri and repealing the bachelor tax, a legislative effort to encourage marriage.

The interpretive center adjacent to the first Capitol on South Main Street has recently undergone a renovation to prepare for the bicentennial. New interactive exhibits include a child-size covered wagon and a magnetic puzzle of Missouri’s state seal. Visitors seem most excited to realize that Missouri is the “most neighborly state,” sharing its border with eight others; only Tennessee has as many neighbors.

Tentative plans are under way for a Bicentennial Commemoration on Saturday, August 7, that will include a parade, a picnic, demonstrations, reenactors, and more. 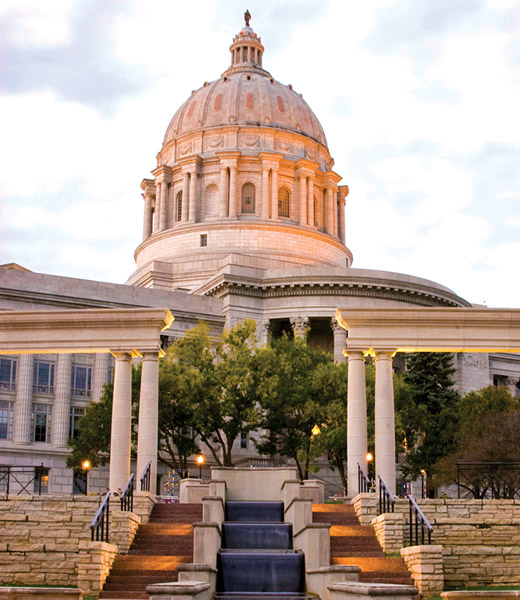 All along, the plan was to move the state capital to a place more centrally located with good access to the Missouri River, which was the major means of transportation 200 years ago. Jefferson City fit the bill.

One of the city’s oldest structures is the Lohman Building, a part of the Jefferson Landing State Historic Site. Built around 1839, it served steamboat passengers coming to do business in the state capital. Visitors step back in time to an 1850s-era general store and warehouse.

The present Capitol is the third to stand in Jefferson City and was completed in 1917. Situated on a bluff overlooking the Missouri River, the Renaissance-style domed building rises about 260 feet from the base. Check out the Thomas Hart Benton mural in the House Lounge. Learn more about the state’s history at the Missouri State Museum on the first floor. 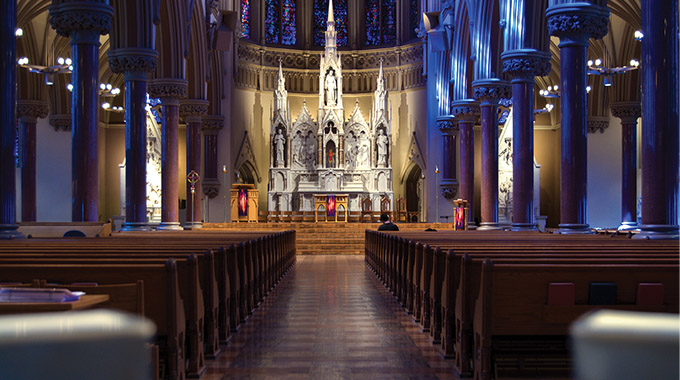 Founded in 1818, three years before Missouri’s statehood, Saint Louis University (SLU) is the oldest university west of the Mississippi and the country’s second-oldest Jesuit university.

The campus is a history book itself, and a number of markers around the school help tell that story of noteworthy SLU people, places, and milestones. A good place to start is at the magnificent St. Francis Xavier College Church, where ornate stained-glass windows and soaring Gothic arches draw eyes upward. Check ahead for Mass times. DuBourg Hall nearby is the oldest building on campus after the university’s 1888 move to the location at Grand and Lindell boulevards.

Get updates on bicentennial events, exhibits, and activities at missouri2021.org. For more information about things to see and do throughout Missouri, go to visitmo.com.