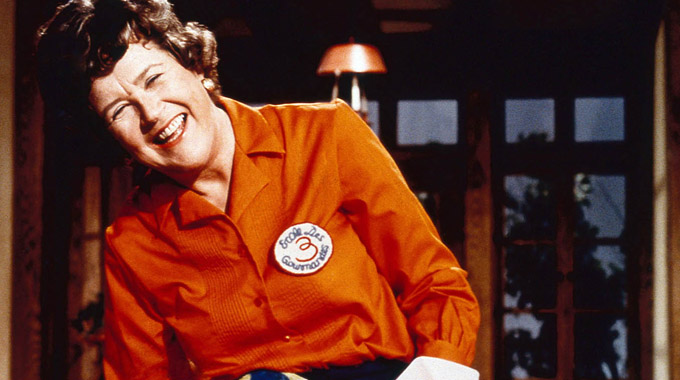 Born and raised in Pasadena, renowned chef Julia Child lived all over the world, including Ceylon (now Sri Lanka), Paris, New York, and Cambridge, Massachusetts. In her later years, Child often stayed in Santa Barbara to escape the New England winters. In 2001, at age 89, she made the permanent move to Santa Barbara. The coastal town known as the American Riviera was a fitting home for the Francophile chef.

Child died in 2004 at age 91, but her legacy lives on. This year, Santa Barbara will celebrate her at the inaugural Santa Barbara Culinary Experience from March 13 to 15.

“Julia made eating, cooking, and sharing food something that appealed to the novice and expert, and her passion for French food and wine was infectious,” Villanueva says. “Julia made a connection that’s lasted to this day, and, somehow, we all think we know her in an exceptional way.”

In the 1960s and ’70s, viewers felt an instant rapport with Child’s effervescent presence on TV. The Le Cordon Bleu–trained chef helped demystify the art of French cuisine, teaching home cooks to make soufflés and roast duck à l’orange with easy-to-understand instructions, humor, and, more importantly, compassion. Child encouraged people to learn and to try new things, and she noted that mistakes were just part of the process. In one episode of The French Chef, she accidentally spilled potato pancake batter onto the kitchen counter. Unfazed, she quipped, “If this happens, just scoop it back into the pan; remember that you are alone in the kitchen and nobody can see you.” 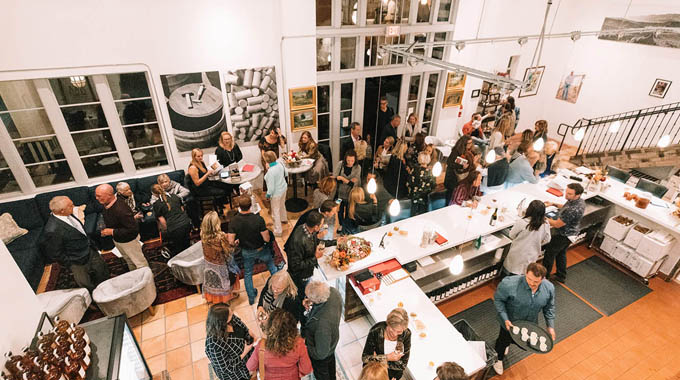 During the Santa Barbara Culinary Experience, you can learn more about Child, her favorite eateries, and Santa Barbara’s gastronomic bounty and vibrant restaurant scene.

The event culminates at an exclusive after-party March 15 with Michelin-starred chef Ludo Lefebvre at Alisal Guest Ranch, a luxury dude ranch in Solvang.

If you can’t make it to the Santa Barbara Culinary Experience, download a free Julia Child Map and take a self-guided tour of Child’s favorite spots to eat and visit.

The Santa Barbara Culinary Experience will benefit the Julia Child Foundation for Gastronomy and the Culinary Arts, which furthers Child’s legacy by offering grants, scholarships, internships, and professional development in culinary training. Event tickets start at $15; a Platinum Pass  is $995.