A sneak peek at the new Orange County Museum of Art

The late philanthropist and businessman Henry Segerstrom had long envisioned a space that would bring together all the arts. He and his family donated money and land to build the world-class Segerstrom Center for the Arts in Costa Mesa.

A performing arts center, a concert hall, 2 intimate performance venues, a live-theater complex, and an outdoor plaza (see “Meet the Neighbors”) already dot the sprawling Orange County campus. But Segerstrom himself always felt one component was missing: a visual-arts venue.

That changes in October, when the Orange County Museum of Art (OCMA) moves to its new and permanent home at Segerstrom. “It’s the last piece of the cultural puzzle,” says OCMA Director and CEO Heidi Zuckerman. “This was Henry Segerstrom’s dream.”

This permanent location has been a long time coming. The museum began as the Balboa Pavilion Gallery in 1962; 6 years later, it changed its name to the Newport Harbor Art Museum. In 1977, it relocated near Fashion Island in Newport Beach and, in 1997, was rebranded as the Orange County Museum of Art. Since 2018, the museum has been housed in a temporary space in South Coast Plaza Village in Santa Ana while awaiting the move to its new home. 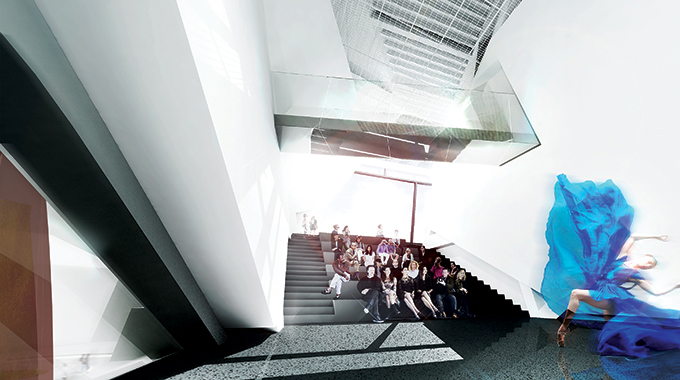 More than double the size of its Newport Beach location, the 3-story, 53,000-square-foot museum will feature galleries and event spaces, an education pavilion, a multipurpose hall, a café, a museum store, and a rooftop terrace where all Segerstrom visitors can sit and soak in the surrounding artistry. Exhibits will be curated from the 4,500-plus-piece permanent collection, much of which focuses on artists with California ties. Traveling exhibits, lecture series, and educational programs will also be offered.

Before the museum broke ground in 2019, the space was a grassy field adjacent to the concert hall. As if putting together a puzzle, the museum’s designers looked for ways to make the new building fit perfectly with the existing structures. 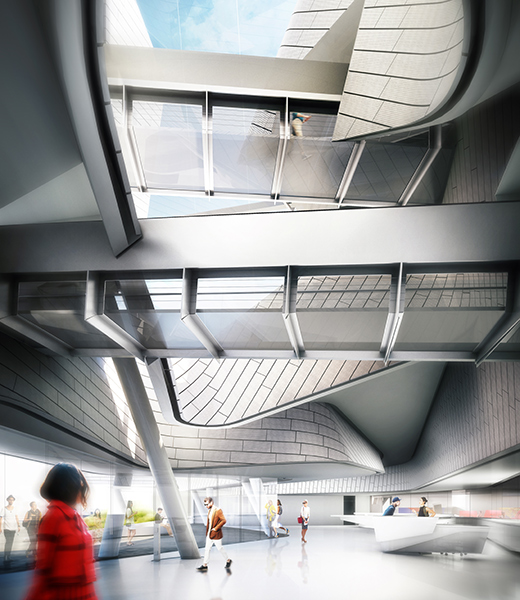 Pritzker Prize–winning architect Thom Mayne of Morphosis Architects came up with a design that combines steel, glass, and white-glazed terra-cotta paneling that wraps around the building. Retractable walls, skylights, and a 3-story-high window over the main entrance create a feeling of “drawing the outside in,” says Zuckerman. Tempered glass lets the structure take advantage of SoCal’s ample natural light to illuminate the artwork while protecting it.

To help plan the exhibit space, designers took cues from the film industry and used miniatures. Head curator Courtenay Finn said her team made foam-core models of each gallery and tiny replicas of the artwork, and then moved the pieces from room to room, like playing with dolls in a dollhouse.

Clearly, the museum is designed to be more than a place to view artwork. Says Zuckerman, “We want to bring the art experience to life, so visitors become active participants.” The best way to accomplish that is to put the art in front of people, so they encounter it unexpectedly, she adds. 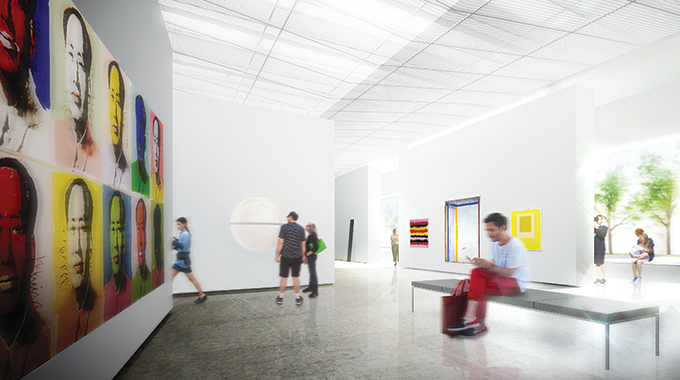 One room, called the Window Gallery, is visible to passersby outside who may be heading to a show at one of the performance venues. In addition, the rooftop terrace will host a variety of art events that are open to the public. And diners at the museum café can’t help but be immersed in the artwork visible around them.

“This museum is made for the people. We want people to ask questions and talk about art just as they would talk about the latest flick,” says Finn.

One more way the museum is encouraging active participation is by not charging admission for at least the first decade in its new home. “I believe access to art is a basic human right, not a privilege,” Zuckerman explains. “Making the museum free encourages people to come more often, as much as they like.”

What's near the Orange County Museum of Art? 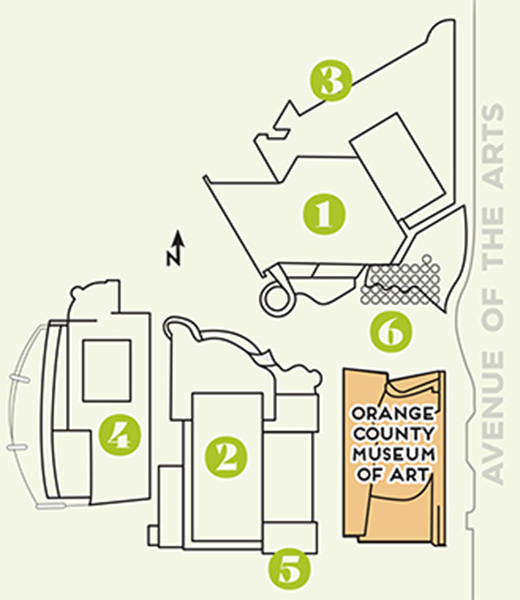 Michael Rydzynski is a musician and music instructor who has written about the performing and visual arts for Orange Coast magazine, the Los Angeles Times, and the Orange County Register.