17 things to see and do in Los Angeles' Griffith Park

Los Angeles’ showcase city park celebrates its 125th birthday this year, and, at five times the size of Central Park, it can be tough to find your way through all that Griffith Park has to offer. Beyond the zoo and the world-famous observatory, there are 70 miles of hiking trails, four golf courses, and two museums dedicated to trains. Follow along for some of my favorite things to see and do (and where to eat) in this beloved urban oasis. 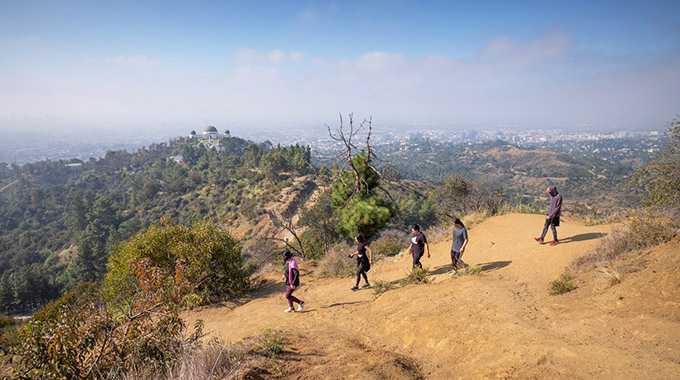 1. The park is a hiker’s paradise. To visit the park’s relatively quiet interior, set your sights on the North Trail, which leads to the summit of Mount Hollywood. Along the way, it passes Amir’s Garden and the new memorial to victims of the fire of 1933, which took the lives of 29 civilian firefighters. The mostly flat Main Trail, which runs close to the edge of nearly half the park, is popular with trail runners, some of whom might be training for the annual Griffith Park Trail Half Marathon.

2. Every summer in the Old Zoo Picnic Area, the Independent Shakespeare Company produces one popular play and a lesser-known work by the Bard. Performances are Wednesday–Sunday, and admission is free. Bring a blanket and snacks. 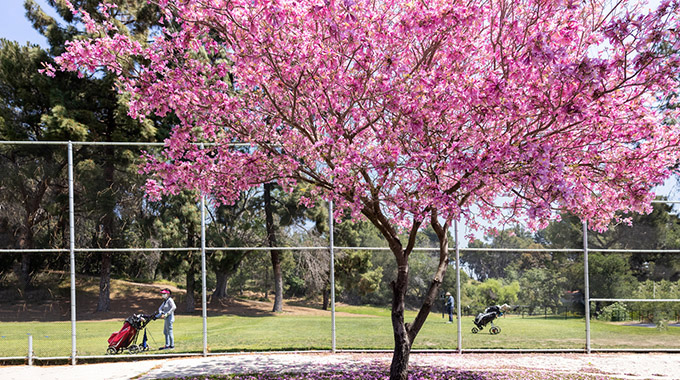 3. In addition to four distinct golf courses (Wilson, Harding, Roosevelt, and Los Feliz), the park is also home to a driving range and the Marty Tregnan Golf Academy. The first three courses mentioned are named for the presidents who were in office when they opened. The nine-hole, par-three Los Feliz course is great for beginners. 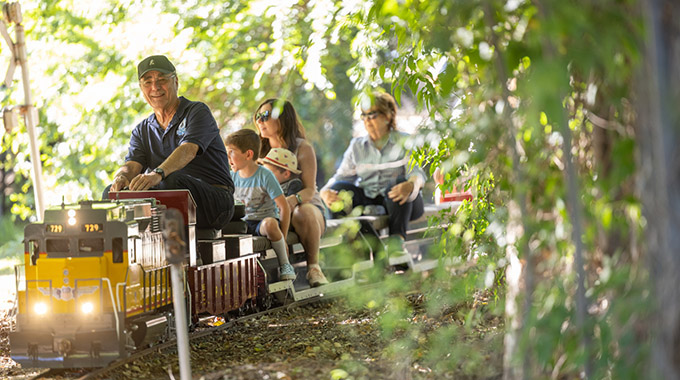 4. The Los Angeles Live Steamers Railroad Museum, an all-volunteer institution, is dedicated to scale trains and is open to the public on Sundays. Check out the historic cars and steam plant or take a train ride. The route follows a track for more than a mile through tunnels, across bridges, and past miniature towns. 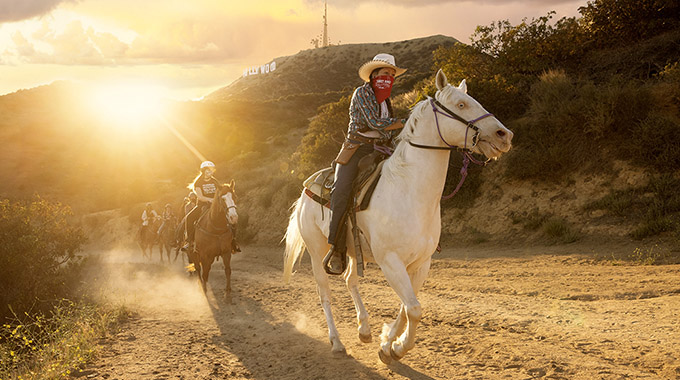 5. Most of the park’s wide trails are well-suited for those wearing horseshoes. Take the smaller cowpokes to Griffith Park Pony Rides, book a guided ride in the park from local stables like Sunset Ranch or L.A. Horse Rentals, or check out the public events at the Los Angeles Equestrian Center on the north side of the park.

6. Download the free app Soundwalk and listen as you explore the southern areas of the park. The immersive audio experience from sound artist Ellen Reid changes depending on where you’re walking or hiking. The app is free through 2023.

7. Travel Town is an offbeat museum that spotlights railway transportation in the West. Historic engines and railcars are on display, several of which you can enter. There’s also a miniature railway to ride, and it’s free! 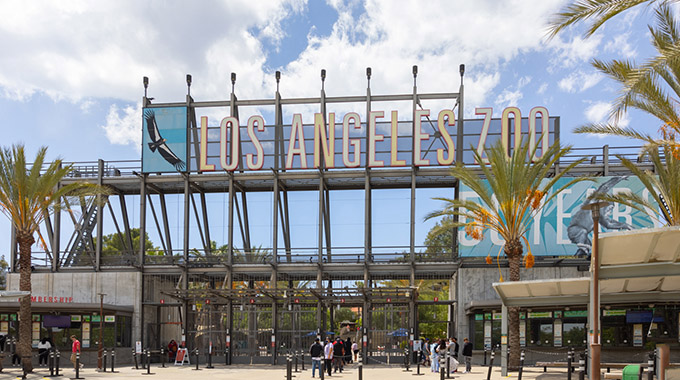 8. While the original Griffith Park Zoo had a spotty reputation, today’s Los Angeles Zoo and Botanical Gardens is a modern must-see. It’s a leader in conservation efforts, and it was a major partner in the successful recovery of the California condor. 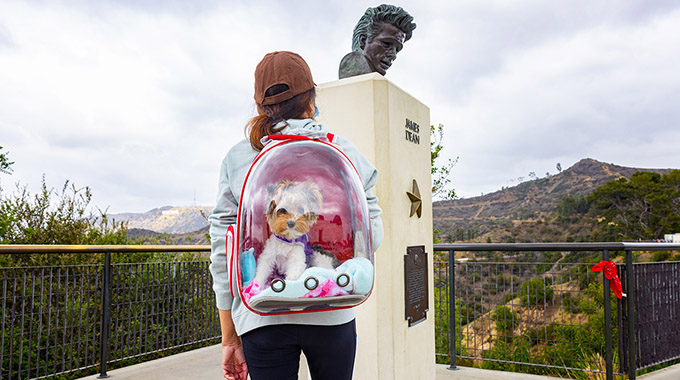 A bust of James Dean at Griffith Observatory. Photo by Jim Krantz

10. Numerous movies and TV shows have been shot in Griffith Park, but the only one with a monument is Rebel Without a Cause. A bust of James Dean, who starred in the 1955 movie, sits on the western edge of the grounds of the Griffith Observatory and is another good spot from which to see the Hollywood Sign. 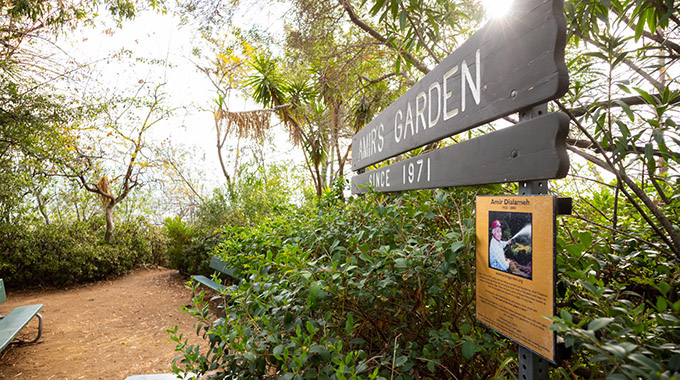 11. Griffith Park has several “volunteer gardens,” but Amir’s Garden is arguably the finest. It was built in the ruins of a fire, beginning in 1971, by Iranian immigrant Amir Dialameh. This 5-acre irrigated oasis has shady spots and winding garden paths aplenty. The garden is most easily reached from the Mineral Wells Picnic Area. 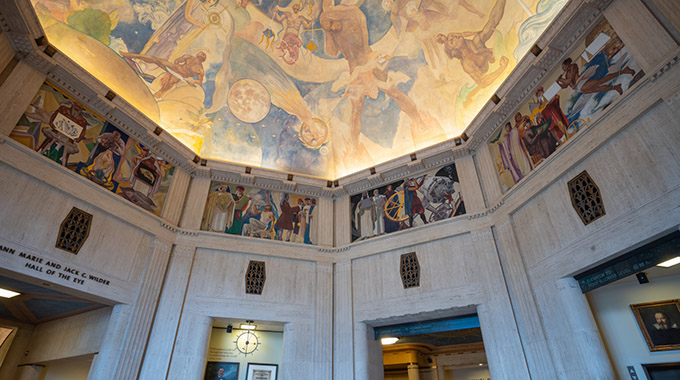 12. Opened in 1935, the Griffith Observatory is the world’s most visited observatory. It hosts free stargazing nights, and the art deco building itself is a work of art—don’t miss the stunning Hugo Ballin murals in the central rotunda. The observatory also houses an impressive and free museum about space exploration and the cosmos.

Read more: After sundown, another world emerges in the wilds of Griffith Park 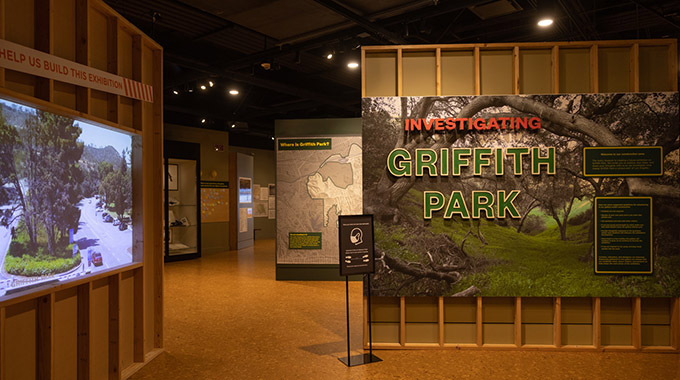 Autry Museum of the American West. Photo by Jim Krantz

13. The Autry Museum of the American West tells complex and inclusive stories about what it means to be a Westerner. Its current “Investigating Griffith Park” exhibit focuses on the park itself. 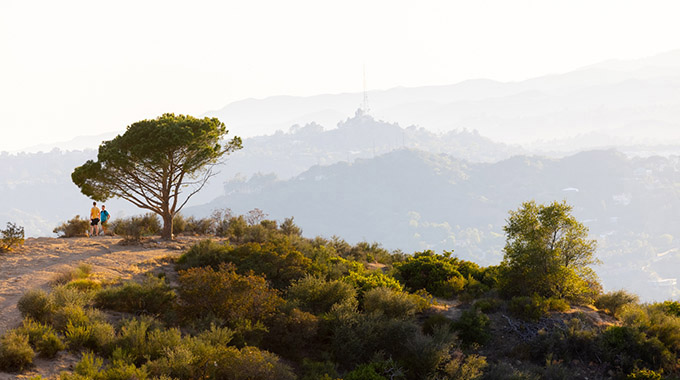 14. Perched atop Burbank Peak, the Wisdom Tree is the sole surviving pine from a 2007 wildfire and has become a makeshift shrine for hikers. Unfortunately, rock stacking and tree-climbing have done some damage, so visitors are encouraged to take only photos and help pick up litter before continuing onward.

15. Since it first appeared in 1923 on Mount Lee, the Hollywood Sign has been a beacon for millions. Google searches for viewing areas will likely send you to two overcrowded spots, but there are many other options. To dodge crowds, try the Mount Hollywood Trail north of Berlin Forest, the West Observatory Trail, or the Lake Hollywood Reservoir.

The merry-go-round. Photo by Jim Krantz

16. Walt Disney had fond memories of taking his children to the merry-go-round, and you can see a treasure trove of early Disney memorabilia, including Walt’s miniature railroad set, at the Carolwood Barn, which used to reside on Disney’s Holmby Hills property. The merry-go-round runs weekends and is located at 4730 Crystal Springs Drive, near Park Center. The Carolwood Barn is generally open the third Sunday of the month at Los Angeles Live Steamers Railroad Museum. 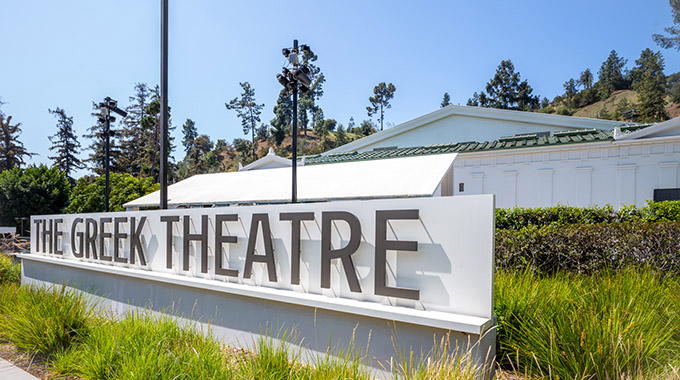 17. The Hollywood Bowl might be more famous, but many Angelenos prefer the more intimate outdoor surroundings of the circa-1930 Greek Theatre. When the pandemic halted concerts, the theater showed drive-in movies in a parking lot.

Where to eat in Griffith Park

On the north end of Fern Dell, iconic Trails Café is a must-try. Grab an iced coffee or tea or relax in the shade with a fresh-baked pastry or the café’s famous Snake Dog (a hot dog wrapped in puff pastry). Lots of vegan options, too. 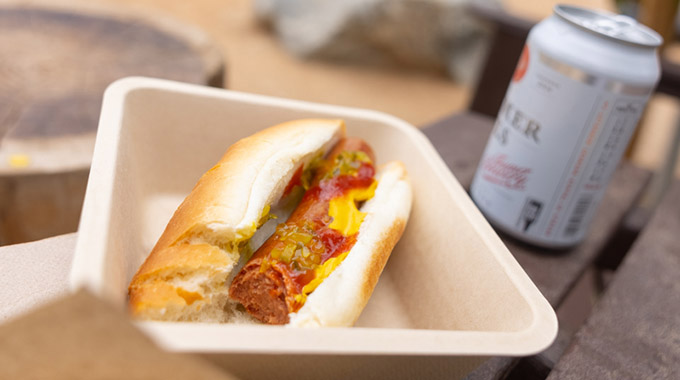 A hot dog at Franklin’s Café and Market. Photo by Jim Krantz

Near the Roosevelt Golf Course, the recently renovated Franklin’s Café and Market offers a selection of to-go items for impromptu picnics, as well as artisan baked goods, hot sandwiches, and an espresso bar.

Crossroads West Café on the Autry Museum’s outdoor plaza has surprisingly good (and healthy) eats. Huge salads and yummy street tacos help fuel a second round in the galleries or a hike into the mountains. 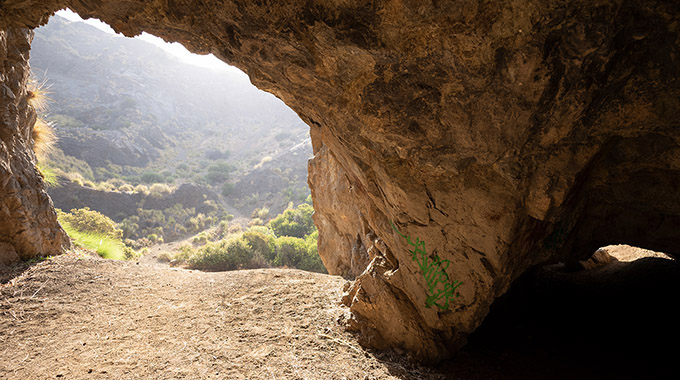 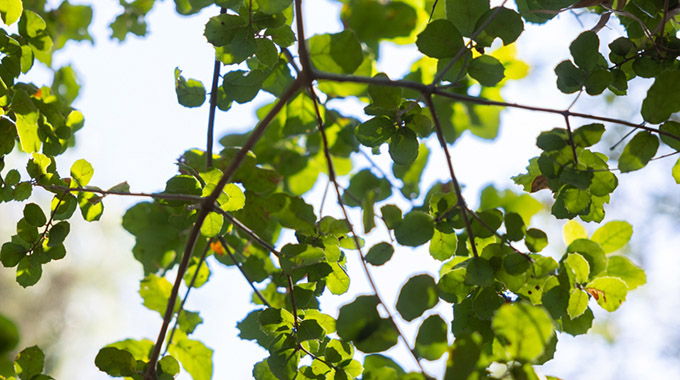 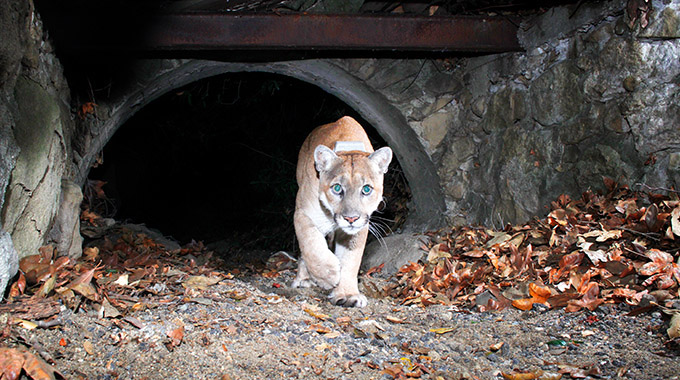 Casey Schreiner is the author of Discovering Griffith Park (2020) and Day Hiking Los Angeles (2016), both published by Mountaineers Books. He’s also the founder of modernhiker.com.