A Christmas Journey in Honor of 'Silent Night'

All photos courtesy of Salzenburgerland Tourismus

In December 2017, I entered a little eight-sided chapel atop a knoll in Oberndorf, Austria, and took a seat in one of the six pews. One by one, travelers from other parts of the world came in and sat down. Two men playing guitars led us in singing the song we’d all come to pay homage to: “Silent Night.”

In 1818, in the church that once stood here, Joseph Mohr, who wrote the song’s lyrics, and Franz Xaver Gruber, who composed its melody, sang it for the first time, using only a guitar as accompaniment. In 1818, Gruber taught in Arnsdorf and served as the organist at the parish church in nearby Oberndorf. In the days preceding Christmas that year, his friend Mohr, the assistant priest at the church, handed Gruber a poem he’d composed and asked Gruber to set it to music. Gruber went home and in a cloudburst of creativity put together the melody. He and Mohr sang the song after Christmas Mass, in front of the church’s Nativity scene.

The story might have ended there had not organ builder Carl Mauracher learned about the song the following year, when he was called in to work on Oberndorf’s defective organ. He was so enchanted with “Stille Nacht,” as the carol is known in German, he took it home with him to his village of Fügen in the Zillertal Valley, about 40 miles away.

Two families from that valley, the Rainers and the Strassers, had sets of singing siblings who then sang the carol on their tours of Europe, purportedly even performing it before Austria’s emperor and Russia’s czar. U.S. audiences heard the song for the first time when the Rainers performed it in New York City in 1839.

Back in the present

Our singing was tentative at first, but grew more robust as additional people entered. I couldn’t help but observe that many people’s eyes—including my own—grew a bit misty as the power of this simple carol moved us, here in the place of its birth.

Every year pilgrims descend on this Silent Night Chapel and other sites in Austria to celebrate the creation of one of the world’s most beloved Christmas carols. Tourism officials have identified 13 Silent Night locations throughout Austria. Here are six highlights. 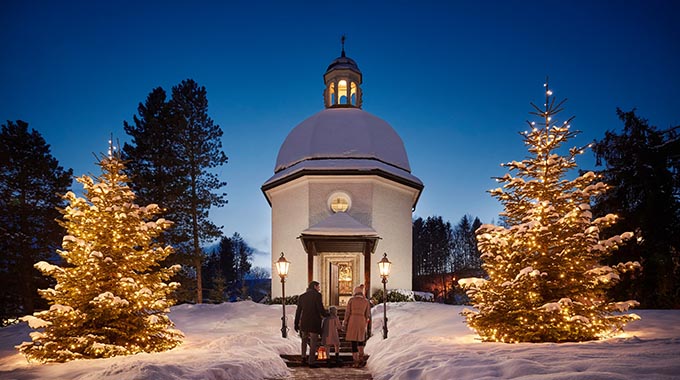 Sadly, the Church of St. Nicholas, where “Silent Night” was first performed, was demolished in the early 20th century after repeated flood damage. The Silent Night Chapel (pictured above) has replaced it. With a dome and a small cupola on top, it’s as simple and beautiful as the song itself. 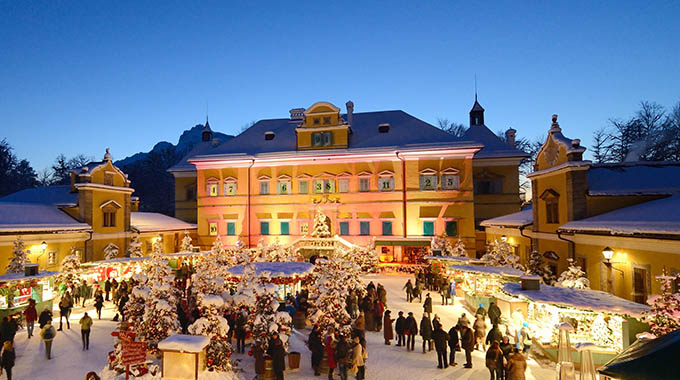 Joseph Mohr, who was assistant priest at Oberndorf’s Church of St. Nicholas, was born in this Baroque jewel of a city, which has a lovely Christkindlmarkt (pictured above) and Silent Night walking tours. From here you can also take bus tours to Oberndorf and Hallein. 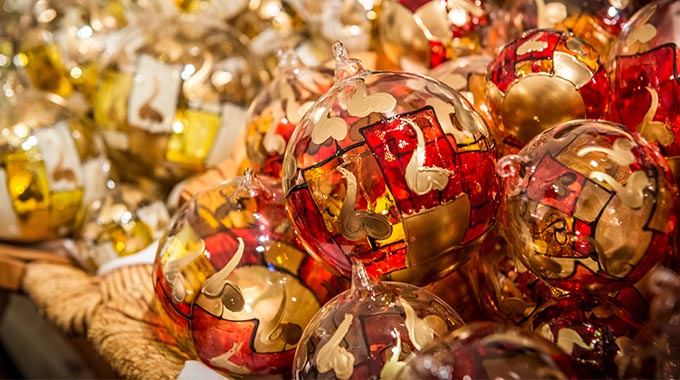 The carol first appeared in print in this town some 80 miles from Salzburg. There’s a replica of that document in the First Austrian Christmas Museum, as well as 14,000 glittering ornaments (pictured above). The city also has a puppet theater, and, during the holidays, blacksmiths labor in the town square.

Visitors can embark on the one-hour Fügen Culture Walk, which includes Fügen Castle and the Museum at Widumspfiste (pictured above), home to the world’s largest “Silent Night” record collection.

Starting in 1835, Franz Xaver Gruber (pictured above) was choirmaster and organist at the parish church here. Joseph Mohr’s guitar and furniture from Gruber’s former residence are on view at the church’s Silent Night Museum. 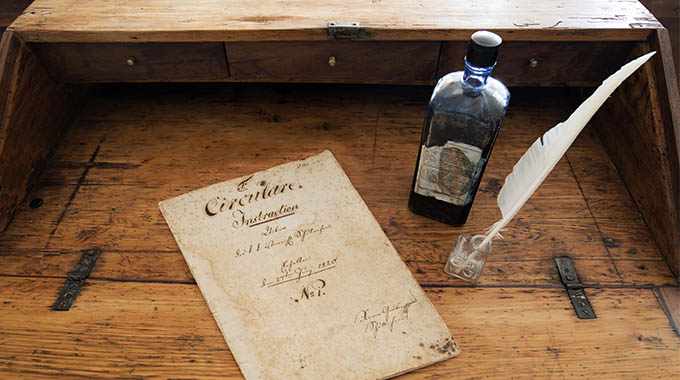 From 1807 to 1829, Gruber taught here and lived in an apartment above the schoolhouse. His former residence is now the Silent Night Museum, which contains the desk (pictured above) where it’s thought he composed the famous song’s melody. The school is still active on the building’s ground floor.

Rich Warren is a former editor at Ohio Magazine and Country Living.