On a visit to Nova Scotia, feeling the rhythm of the sea

In the Canadian province's historic harbor cities and along rocky shorelines, life is tied to the ebb and flow of the tides.

Chowder-thick fog nearly obscured the lighthouse at Peggy’s Cove, a tiny outpost clinging to a craggy inlet on Nova Scotia’s south shore. Walking up a rain-washed lane, I came upon the Buoy Shack, a faded wharf shed that welcomed me with an "open" sign crafted from driftwood. Inside, amid a jumble of wooden lobster traps, whalebones, and other marine artifacts, sat Roger Crooks, a retired, seventh-generation Peggy’s Cove fisherman. Looking up from the fishing-net floats he was stringing to sell as souvenirs, he greeted me warmly. We spoke of the inclement weather, and he said he’d often cast off in far worse conditions. “It’s what fishermen do," he said. 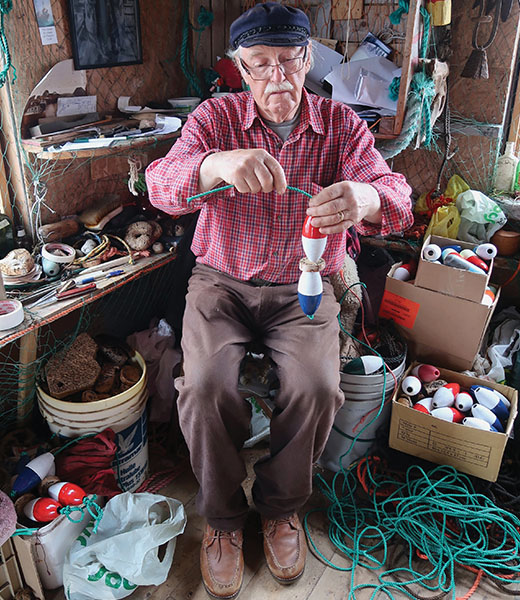 Our conversation reminded me of how closely everything in Nova Scotia is tethered to the sea. I’d been sensing the ocean’s pull since my husband and I arrived in Yarmouth on The CAT ferry two days earlier. It continued to ripple through our five-day drive around the province’s lower half, visiting historic harbors along the rock-rimmed shore and transiting the narrow peninsula’s verdant interior, where, even at its heart, we were never more than 40 miles from the coast. 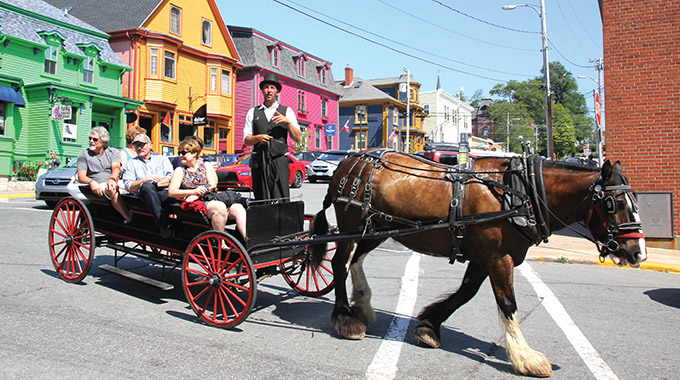 Visitors learn about Lunenburg’s rich history on land during a horse-drawn wagon tour of the seaport’s colorful streets. | Photo by Rick and Mimi Steadman

About 60 miles west of Peggy’s Cove, Lunenburg’s maritime tradition runs especially deep. “This was once the fishing capital of Canada,” our guide Ashley Feener told our group as she led us down a steep street flanked by jellybean-hued houses in the seaport’s Old Town, a UNESCO World Heritage Site. An eighth-generation Lunenburger, Feener explained that in the 1800s, locally built boats and their crews epitomized toughness. “Those were the days of wooden ships and iron men,” she declared.

I pictured schooners dropping anchor in the harbor, their crews relieved to be back from voyaging through turbulent seas to the Grand Banks southeast of Newfoundland, where they’d spent weeks catching cod. The ships’ holds overflowed with salted fish, but no one complained about the odor: “It was the smell of money,” Feener said.

Yesteryear’s “iron men” landed 5-foot-long fish weighing up to 200 pounds, Feener told us. Yet by the latter part of the 20th century, cod had become perilously overfished, leading to a government-imposed moratorium in 1992. Three decades later, the fishery is beginning a comeback as the cod population slowly recovers and restrictions are eased slightly.

It seemed appropriate that at the Savvy Sailor, I had breakfasted on fish cakes made with old-fashioned salt cod. At lunchtime at the Rum Runner Restaurant, we happily devoured sautéed scallops fresh off a local boat, giving equal time to one of today’s major fisheries.

From Peggy’s Cove, an hour’s drive east took us to Halifax, where a 2-mile-long boardwalk hugs the harbor. Rimmed on one side by fishing and pleasure craft, and on the other by cafés and shops, the boardwalk is the embarkation point for sightseeing boats as well as Harbour Hopper Tours’ gaily painted Vietnam War–era amphibious craft. Aboard one of the open-top, bus-like vehicles, we took an entertaining ride up Citadel Hill, back down alongside the Public Gardens, and then into the harbor. Cruising past the ships at the Royal Naval Dockyard, we enjoyed a grand cityscape.

At the Maritime Museum of the Atlantic, also on the boardwalk, we steeled ourselves for an exhibit detailing the recovery of bodies from the 1912 Titanic sinking and their transport to Halifax for burial. Equally sobering was a display about the 1917 Halifax explosion that killed some 2,000 people when two ships collided near the docks. 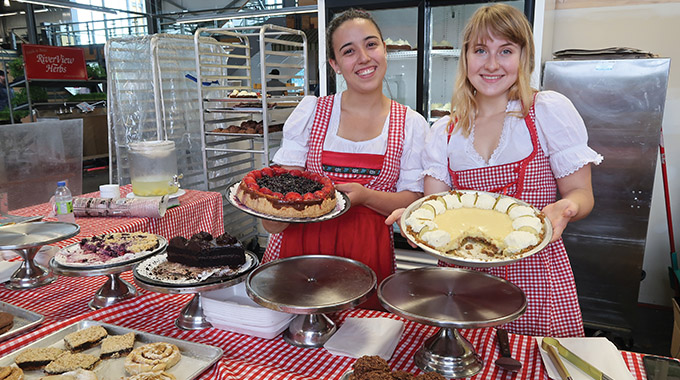 The morning brought more locally grown goodness at Halifax Seaport Farmers’ Market. Browsing displays of veggies, fish, meats, and sweets, we ducked into Norbert’s Good Food for a green smoothie and an egg croissant sandwich before pointing our compass toward the vineyards of Annapolis Valley.

That salty air tickled our noses in Digby, a fishing town on the province’s western coast famous for its scallops. Walking the waterfront, we surveyed the scallop-boat fleet before stopping beside a diminutive lighthouse. In the 1970s, the Coast Guard relocated the 27-foot tower to Saint John, New Brunswick. But Digby’s townsfolk wanted it back. In 2012, they offered Saint John 230 pounds of scallops in exchange for the lighthouse. How perfectly fitting for a place where life has always ebbed and flowed with the sea.

Exhibits at Lunenburg’s Fisheries Museum of the Atlantic appeal to all ages. Daily, late May through mid-October. Adults about $9. 866-579-4909.

In Lunenburg, the Savvy Sailor serves a seafood-centric menu for breakfast and lunch. 902-640-7245.

Right beside Halifax’s boardwalk, Shuck Seafood and Raw Bar showcases the freshest fruits of the sea. 902-429-5120.

The Lunenburg Arms Hotel and Spa has well-appointed rooms and suites in a renovated, vintage building. Rates start at $104. 902-640-4040; eden.travel/lunenburg.