10 memorable romantic destinations around the world

A couple strolls in the park at Versailles, France. | Photo by Tobias Klein/Adobe Stock Photo

“You certainly have come a long way to celebrate Valentine’s Day,” the front-desk clerk said, blending a conspiratorial smile with raised eyebrows as she readied our room keys. I nodded: My then-girlfriend Nicole and I had traveled about 5,000 miles from Seattle to Versailles, France, on February 13, 2018.

We had booked three nights at the Waldorf Astoria Versailles–Trianon Palace, a 199-room belle epoque chateau that opened in 1910 as a luxury accommodation for 20th-century glitterati. Sarah Bernhardt, Marcel Proust, Marlene Dietrich, and Queen Elizabeth II had walked the same hall that led to our room. Our four-room, top-floor suite was bigger than a house I once inhabited.

During our time there, we took long walks through Chateau de Versailles’ massive park (nearly 2,000 acres and almost 20 times larger than the world’s smallest country, Vatican City). We toured Louis XIV’s 679,000-square-foot country Palace of Versailles, one of Earth’s most opulent abodes, with 60,000 pieces of art, 700 rooms, and enough gold to sink a small continent. 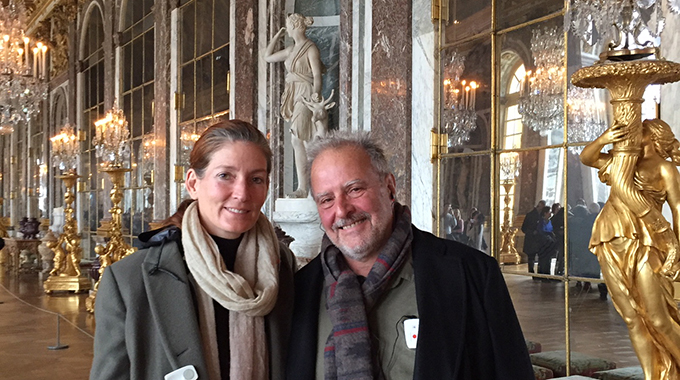 The author and his then-girlfriend, Nicole, pose in the Hall of Mirrors in the Palace of Versailles. | Photo courtesy Eric Lucas

But the high point came that evening at a special Valentine’s dinner in the hotel’s Michelin-star Gordon Ramsay restaurant, when a silver candelabra cast prisms of light on Nicole’s new sapphire-and-diamond engagement ring. Yes, in the grandeur of Versailles’ royal haunts, Nicole had accepted my marriage proposal.

Whether you head to a world capital such as Paris or a less-obvious destination like Arkansas, it’s marvelous to journey afar for a celebration. The spice of difference boosts the intensity of the experience and the memories. Here are 10 memorable places around the world where you can add zest to your romance. 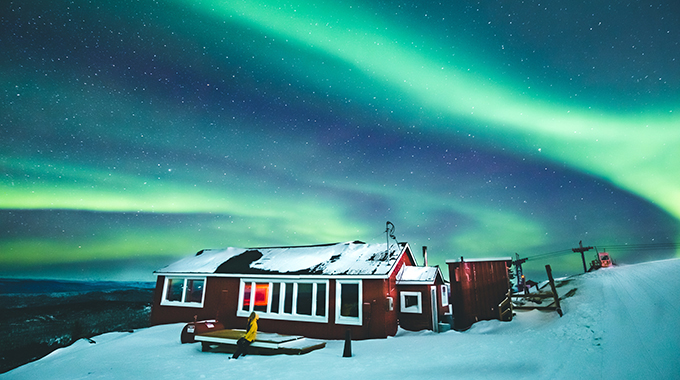 Many people will tell you that the northern lights enhance fertility. Whether or not you are among the believers, getting cozy with your sweetie beneath a midwinter sky in Alaska’s interior is truly magical. The aurora’s shimmering green, white, and teal banners rise overhead. Temperatures typically hover between zero and 10-below, but the low humidity eases the torrid cold. And if the mercury hits minus-50, you’ll both have a heck of a tale to tell. Get physical with outdoor activities, such as fat-tire biking through birch woods, ice fishing, or skiing at the Moose Mountain Ski Resort, where old school buses serve as the lifts. Then, cap off your day by soaking in Chena Hot Springs’ 104-degree mineral water beneath a sub-arctic night sky. It’s truly a cosmic experience. 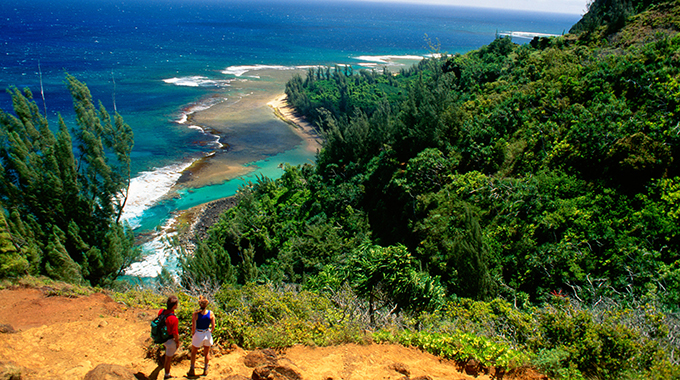 Most travelers reach the photogenic North Coast on day trips from Kaua‘i’s major resort areas. You’ll want to linger here, however, because the North Coast’s beaches are reef-protected, and the area’s lush, tropical splendor is unsurpassed. Stay at one of the small resorts or bed-and-breakfasts in Princeville, and take a short drive into Hanalei (the setting for the 2011 film The Descendants) for dinner. You’ll want to document your romance, of course, and there may be no better setting in the world for portraits than Ke’e Beach, poised at the end of the road beneath Na Pali’s dramatically vertical palisades. To explore the secluded 3,000-foot cliffs, waterfalls, beaches, and sea caves, you’ll have to hike the Kalalau Trail, or take a helicopter or catamaran ride. 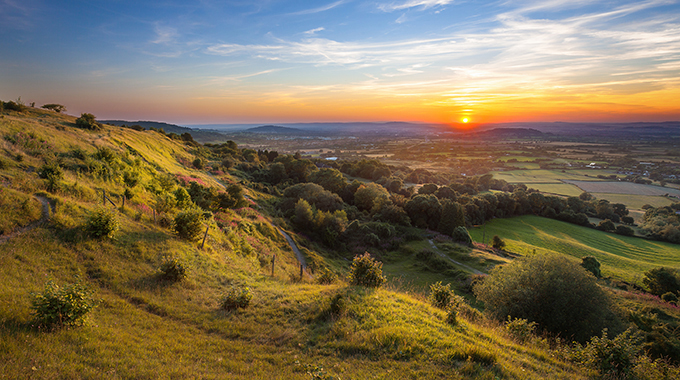 Go for a walk in the limestone, tree-clad highlands, and stop for a picnic lunch on a long, flat stretch of trail that’s also a 2,000-year-old Roman road. How cool is that? Just an hour-and-a-half by car from London’s Heathrow Airport, the Cotswold hills rise above the English countryside as if someone tossed a vast comforter over the surrounding plains. Farmhouse bed-and-breakfasts will outfit you with hearty breakfasts and sack lunches for picnics as you ramble through the countryside. For dinners, head to local taverns for classic English fare (roast beef, Yorkshire pudding, trifle) elevated by chefs who’ve escaped London for the country life. 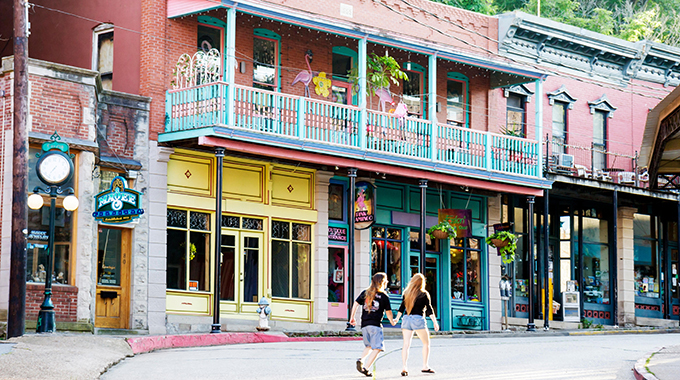 The atmosphere is relaxed and down-home in this historic town dedicated to romance. Long before the Supreme Court’s 2015 ruling on gay marriage, this Southern wedding capital in the northern Ozark foothills was happy to issue unofficial marriage certificates to any couple. Eureka Springs’ late-Victorian stone buildings and homes line winding streets with no stoplights. Browse the boutiques, enjoy dinner in cozy cafés, and soak in the mineral springs, whose waters are believed to be a healing treatment. It’s all a unique experience for this part of the U.S.

The lights along Victoria's Inner Harbour and the Fairmont Empress hotel in the distance illuminate the night. | Photo by D'Arcy Leck/Alamy Stock Photo

The twinkling evening lights of the British Columbia Parliament Buildings and the Four Diamond Fairmont Empress hotel set an elegant tone for this city, which has exceptional cuisine, outdoor recreation, and cultural attractions. You can’t beat a horse-drawn carriage ride past the Inner Harbour to a sumptuous dinner at 10 Acres Bistro or one of the many other locavore restaurants. During the day, kayak in quiet backwaters, bike on a vast trail network, and stroll in Butchart Gardens, which is more than a century old. Nighttime is up to you. Perhaps you’ll spend the night in a guest room at the Edwardian waterfront Fairmont Empress, one of the world’s best-known lodgings (rightly so) that echoes a royal past. 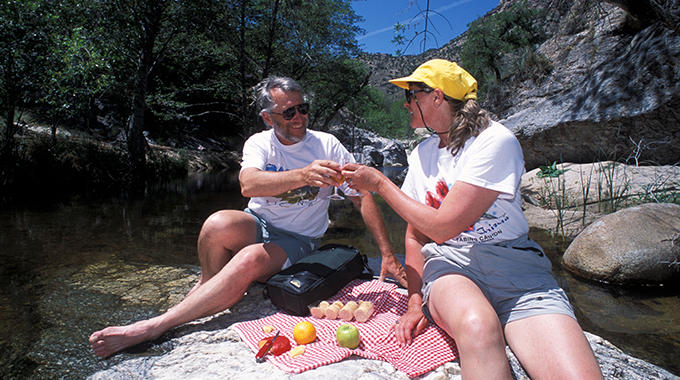 Some of America’s finest destination spas—Canyon Ranch, Miraval, Loews Ventana Canyon Resort—line the Santa Catalina foothills of this Sonoran Desert burg. Food lovers will find plenty to indulge here in the nation’s first UNESCO City of Gastronomy. After you fill up on uniquely lusty Sonoran hot dogs and mesquite chocolate cookies, take a hike up Sabino Canyon, and wind down with a massage, there’s just one mountain left to climb: The President’s Plate—five Sonoran entrées on a platter—at Mi Nidito Restaurant, a dish once ordered by Bill Clinton. Come to think of it, you might want to burn off those calories the next day with another classic desert hike. 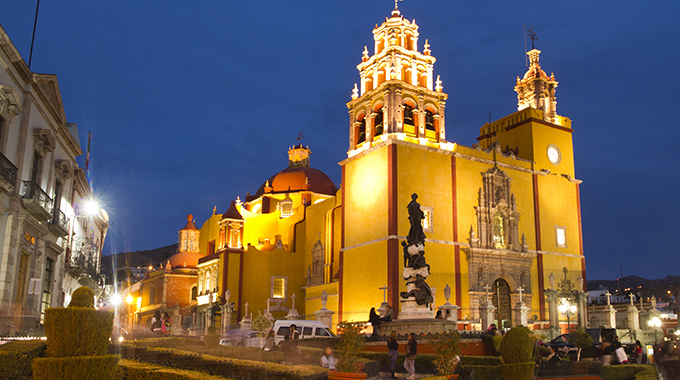 Set in the mountains northeast of Mexico City, this colonial capital is historic (founded in 1548), charming, and uncrowded. Every evening, residents gather in the main square to promenade, enjoy dinner, and socialize. Even for Mexican millennials, linking hands and strolling around the Jardin de la Union is a romantic date. For visitors joining the scene, it’s an indelibly memorable immersion into the courtship customs of another time in another place. Top off your romance with an embrace in El Callejon del Beso, “Kissing Alley,” the legendary setting for Guanajuato’s own Romeo-and-Juliet tale. 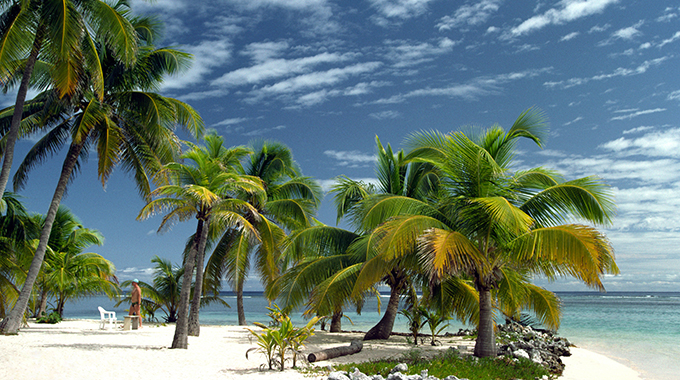 The sugar-white beaches along the Belize coast set a secluded scene for romance. | Photo by Neil McAllister/Alamy Stock Photo

This Central American country, where English is the official language, is still one of the Caribbean’s lesser-known destinations. Its white-powder beaches are divine, the snorkeling and diving on the Belize Barrier Reef are superb, and the mountains hold Mayan city ruins and exclusive resorts, where you can enjoy a lavish picnic beside a tropical waterfall. You won’t want to miss the Mountain Pine Ridge Forest Preserve, Belize’s highlands national park. Placencia, south of Belize City, has deluxe oceanfront resorts, and you can’t beat a fresh-lobster, candlelit dinner at a table for two set up on the sand for a quintessential romantic evening. 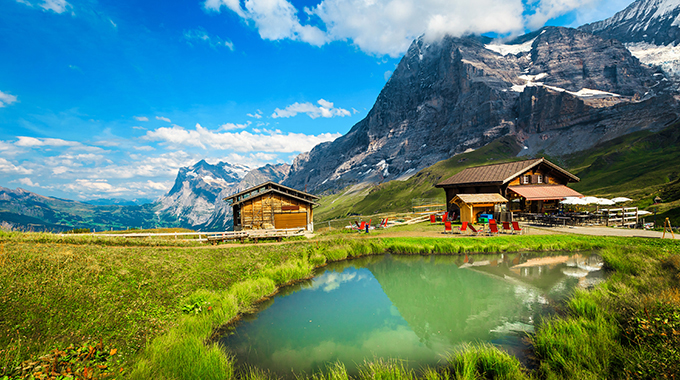 These two Swiss villages perch high in the Alps, and most visitors reach them by tram. Tumbling up and down the steep hillsides, they hold friendly pensions and small inns that fortify guests with hearty breakfasts to fuel days spent hiking in fields of wildflowers. Swiss dairy cows roam the high meadows, bells tinkling—and the cheese they provide is a one-of-a-kind gustatory experience.

California’s spa capital provides ultra-healing, boutique resorts, and down-home Napa Valley cuisine. It’s as laid-back as the oak-fired barbecue tri-tip offered at Buster’s Barbecue and Bakery, a local restaurant. Couples will enjoy the privacy of the cottages at Indian Springs Calistoga, and only divine intervention could create a greater sense of relaxed wellness than the mud-bath spa treatment found at Indian Springs and other local resorts.