Where to eat in Houston: 8 great restaurants to try now

Snacks in The Lounge at March. | Photo by Julie Soefer Photography

When Bravo TV announced plans to film Season 19 of Top Chef in Houston, nobody around Texas was surprised—nor was anyone who’s planned a trip to the nation’s fourth-largest city just to eat.

Unquestionably a food destination, H-town boasts a deep restaurant roster that’s as rich as any city on either coast, serving everything from down-home Southern to cuisine from around the world.

“After 12 years covering restaurants in Houston, I remain awestruck by the talent and diversity of the city’s restaurant community. And its great resolve. The industry’s great struggle during the ongoing pandemic proved its resiliency, creativity, ability to adapt, and knowledge of the people they serve—how and what they eat,” says Greg Morago, food editor at the Houston Chronicle. “Houston eats well and will continue to do so.”

Here, we cast a spotlight on 8 great choices that reflect the food scene’s diversity and energy, places where you can taste the cooking passion on every plate. 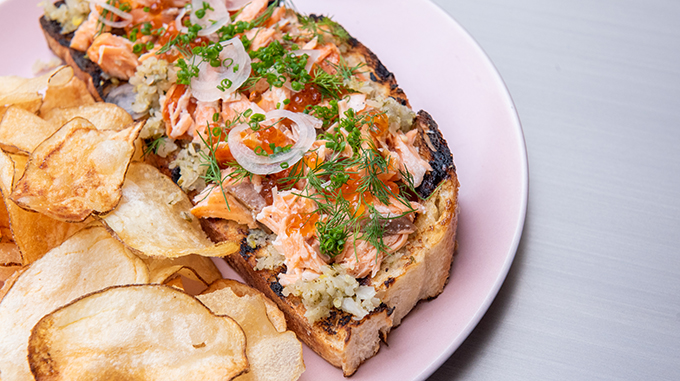 Norwegian chef Christopher Haatuft made his name in his home country for seafood sustainability before teaming up last winter with James Beard Award winner Paul Qui to create Houston’s (and possibly the nation’s) only “neo-Fjordic” market and restaurant. Corralling experience from his work in Norway, Paris, and New York City, Haatuft accepted Qui’s invitation to open a fish place in the food hall at Post Houston, the renovated space in the historic Barbara Jordan Post Office.

With Qui running the show and Haatuft curating an ever-changing menu reliant on daily catches, Golfstrømmen is turning heads with dishes like fresh Gulf red fish ceviche; Jonah crab snitter (Norwegian for sandwich) on grilled sourdough with local lettuces and pickled green onion; oysters from the Gulf of Mexico and Maine; and salmon tartare. Even the wine menu comes with a stamp of sustainability, with plenty of global picks from small producers (be sure to designate a driver if you plan to drink alcohol). 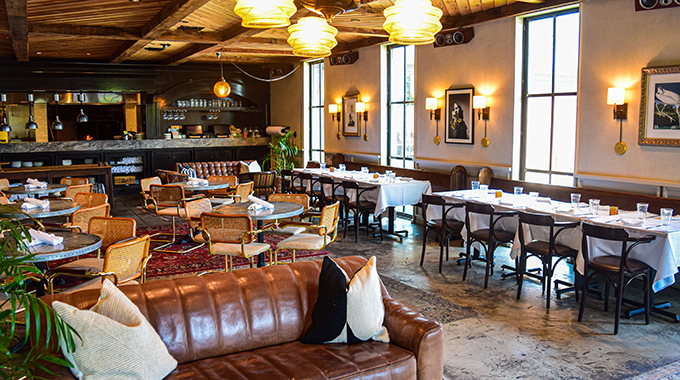 Perched on the edge of The Heights, La Lucha is owner Ford Fry’s trip down memory lane to the long-gone San Jacinto Inn, a bayou joint where he grew up feasting with his family on fresh Gulf fish and country-café favorites.

Stepping inside takes patrons back a half-century or so, to a comfortable roadhouse with an airy deck on the side. Smart diners bring a crowd, the better to graze a menu loaded with fried chicken and biscuits, wood-roasted oysters, peel-and-eat shrimp, french fries dipped into blue crab chowder, and delicious griddled burgers served in old-fashioned tissue wrappers. Besides good, cold Texas beer, there are special drinks to consider, like the Dad’s Daiquiri. 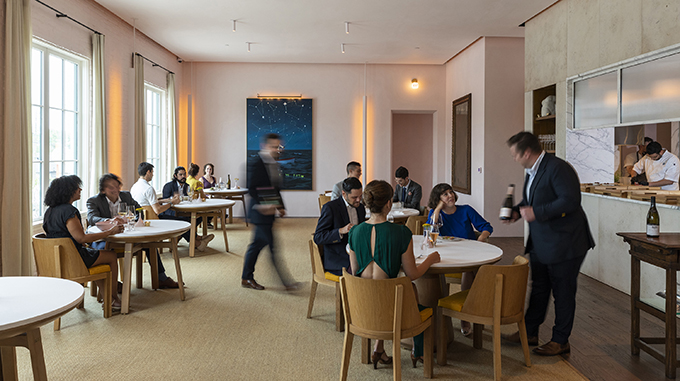 The 6- and 9-course tasting menus at this new Montrose favorite change seasonally, each taking a deep dive into the history and diversity of a selected area; they began with the Maghreb and Andalusia and will continue this spring with Occitania. The constant is a thoughtfully curated caviar service, also pertaining to the chosen region, and there’s a wine list spanning some 75 pages for connoisseurs of the grape.

Be sure to ask about the lovely art collection adorning the walls. 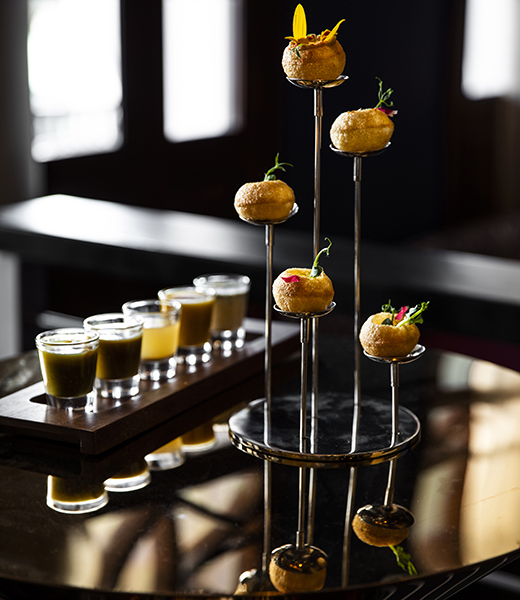 The husband-and-wife team of Mithu and Shammi Malik brought aboard chef Maynk Istwal to create a sophisticated tasting tour through India’s 29 states.

Located in the Galleria, Musaafer offers modern interpretations that hold tight to authenticity while making beautiful renditions of dishes starring local and imported ingredients, with a wealth of vegetarian, vegan, gluten-free, and dairy-free options. Lamb chops with stewed apricots, raita, and basmati rice is a favorite dinner choice, while power-lunch picks include grouper with mango curry; and jackfruit with apricot-pistachio dumplings. Specialties from the social-hour menu include lychee martinis and flatbread with chicken tikka.

Repeat visits are advised, as the elegant restaurant features 7 dining rooms festooned with artifacts and artwork specific to each space. 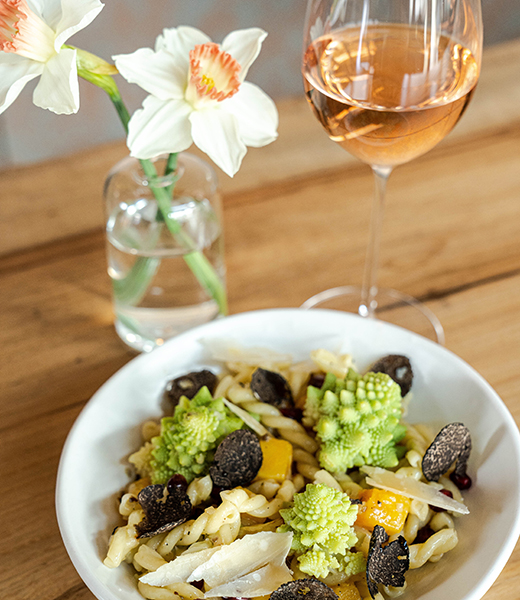 Despite the name, this destination in The Heights serves up food that deserves equal billing alongside the impressive wine list. 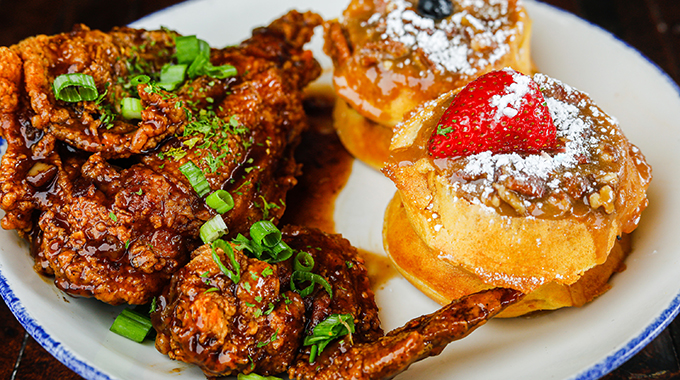 Variations on the ever-popular chicken-and-waffles include waffles paired with crispy, Chinese-inspired General Tso’s chicken, chicken-fried lobster and waffles, and, for vegans, chicken-fried cauliflower with vegan waffles. Comfort dishes like mac-and-cheese come with additions such as bacon or smoked Gouda, while Sunday specials include oxtail and grits. Speaking of grits, Bowie elevates that humble staple with a Cajun seafood stew made with lobster, shrimp, bacon, and white wine.

Check out the frozen cocktails, as well as an impressive champagne list. 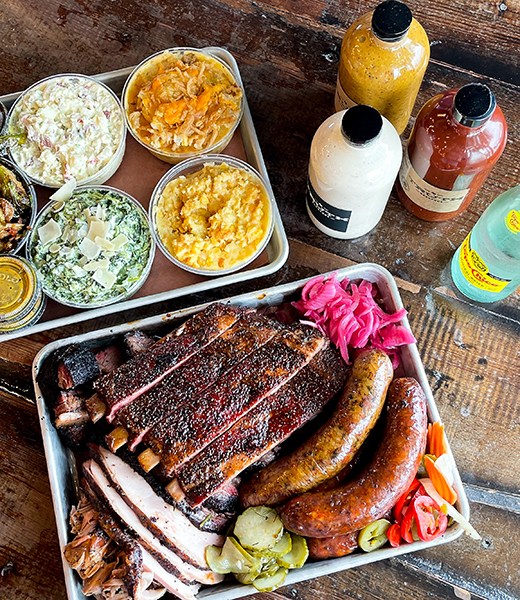 Self-taught pitmaster Leonard Botello IV took the Texas barbecue world by storm with his tiny shack in nearby Brenham before opening his impressive Houston Heights location in 2019.

Bring friends and family to share big platters piled with all the goods, and don’t skip the fabulous sauces. 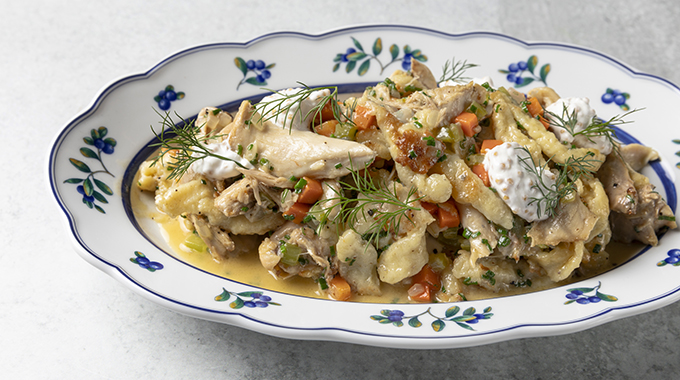 Located inside the Houston Farmers Market, this exploration of native Texas cuisine turns up new interpretations of generations-old favorites. Spaetzle with rabbit evokes ideas of chicken and dumplings, while a deconstructed tamale stars spicy shrimp atop creamy grits on an open corn husk. A favorite game bird in Texas, quail is stuffed with jalapeño corn bread, wrapped in bacon, and served with spinach and whipped cream cheese.

The mood at this casual joint is meant to take us back to days when barn dances, Sunday ice cream socials, and finding that perfect rope swing over a gentle river occupied all our waking thoughts.

June Naylor is an award-winning travel journalist, dining critic, and food writer based in Fort Worth. Follow her adventures at junenaylor.com.