When it opened last January, Sovereign Modern Thai Cuisine helped to diversify the dining options in the East Village, a densely populated neighborhood with a dearth of good restaurants.

It also offered a refreshingly different menu than typical Thai spots that tend to serve the same standard plates—the curries and noodles of central Thailand—which just barely scratch the surface of the country’s complex cuisine.

Sovereign spotlights the regional fare of Issan, the northeastern area of Thailand, which borders Laos and Cambodia and is known for pungent dishes redolent of fresh herbs and spicy chiles. Start your culinary journey with spicy pork sausage, a northern specialty. Sovereign’s version is the best in town; seasoned with an aromatic spice paste and loads of chopped lemongrass, kaffir lime leaf, galangal, and cilantro roots, it’s usually eaten with a side of sticky rice.

Hat Yai fried chicken, a popular southern Thai street food, features chicken leg quarters marinated with fish sauce, cumin, and herbs, fried until deep-golden and served with a shower of crispy shallots and a spicy-sweet tomato jam. The stir-fried eggplant, flavorful and fragrant with Thai basil, is cut into thick coins and cooked until meltingly tender but not mushy. 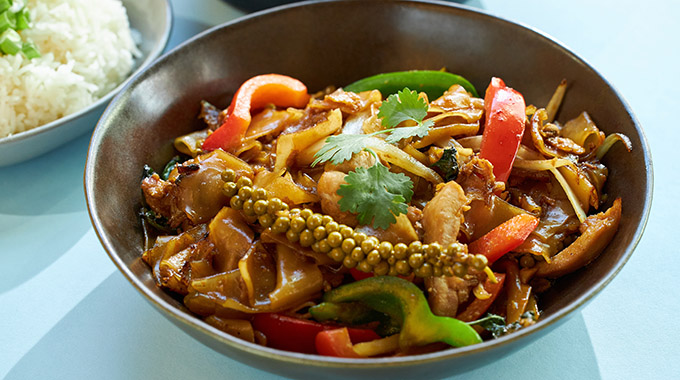 Though pad thai is available, a better choice is the peppercorn chicken noodle: Wide rice noodles are tossed with tender chicken and young green peppercorns, still on the vine, which give the dish a piquant bite. Be warned that some of the food is authentically, invigoratingly spicy, so inform your server if you need the heat turned down.

The grilled sirloin is sliced and served atop scallion fried rice enriched with beef tallow. Sovereign features local seafood in frequent specials and menu staples, from the Mexican white shrimp in a spicy jungle curry, to raw albacore tuna dressed with garlic, chile, and lime, and the whole fried rockfish. 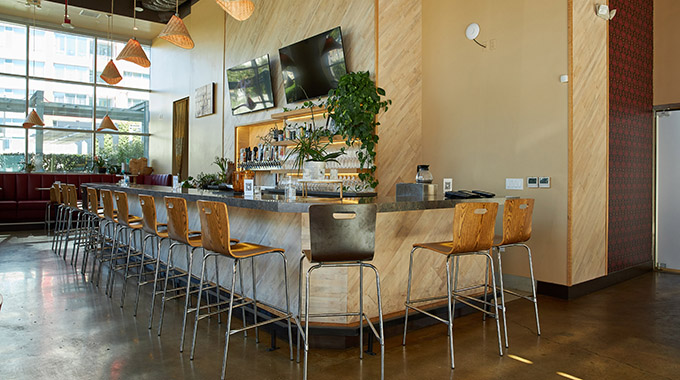