Restaurateur Laurent Vrigand has built a burgeoning French empire. His Moulin cafés are bites of Paris in Orange County, where diners can savor a delicate crepe or hearty poulet frites, or a crusty baguette and jam before finishing with a delicate pastry.

But Moulin has mostly been a daytime-only affair, with the Laguna Beach location being the sole exception, staying open until 8 p.m. on Fridays and Saturdays. Now, Vrigand brings that same flair to a new evening-ready star, Bouillon.

Inspired by his grandfather who took him to a famed bouillon in Paris, Vrigand is attempting to re-create a class of restaurant known for serving traditional, no-fuss French cooking at affordable prices.

Bouillons flourished in Paris in the late 19th century and have recently seen a resurgence in popularity. Vrigand’s interpretation makes it easy to see why: It’s a bright, airy space with just enough French flair and a concise menu of classics. 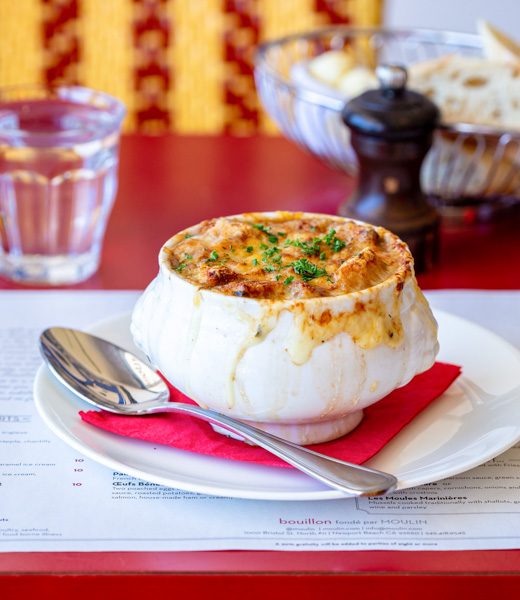 Appetizers cover virtually all the French favorites. Shareable hard-boiled eggs are dressed with a twirl of eggy mayonnaise. French onion soup is wonderfully rich, a complex beef broth buoying thick-cut croutons and capped with a dense layer of cheese. 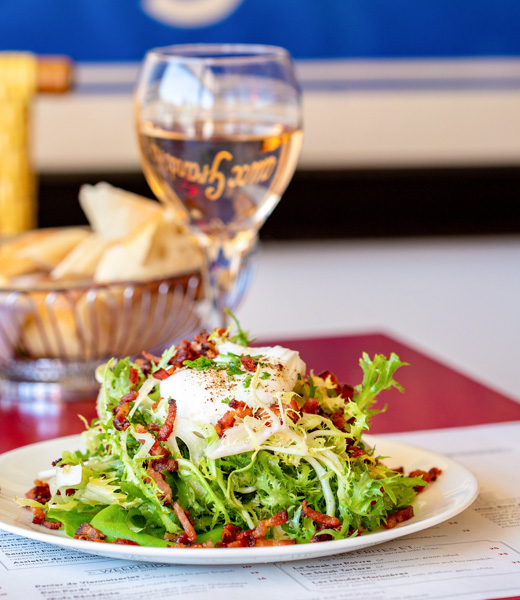 Bouillon’s salads are meals unto themselves, particularly the frisée aux lardons. Scattered atop the wispy strands of curly frisée are smoky, salty chunks of bacon crowned by a poached egg that oozes decadence. Bouillon’s entrées are hearty and humble. Vrigand’s coq au vin is one of the best you’ll find—braised chicken legs, pearl onions, smoky bacon, peas, and a vivid, gently sweet carrot puree all tied together with a red wine sauce. 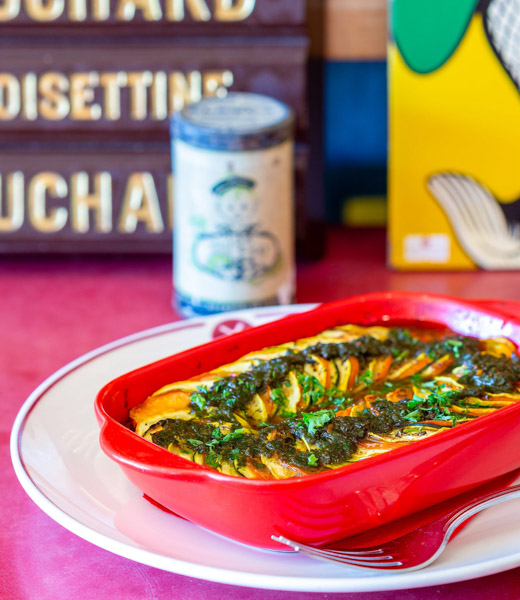 It would be unwise to skip dessert. There’s île flottante (meringue in a pool of crème anglaise) and profiteroles (choux pastry puffs filled with vanilla ice cream and drenched in chocolate). Perhaps best of all is the baba au rhum, a rum-soaked cake topped with diced pineapple and Chantilly cream.

Save at restaurants and on meal-kit delivery services.