In search of the best bagel places in Montreal

By Diane Bair and Pamela Wright

Our road to finding the perfect Montreal bagel began, curiously, on a visit to New York. At a Brooklyn deli, we tasted a ring of dough so delicious, we drew stares (not an easy thing to do in New York) as we happily moaned our way through each bite, à la When Harry Met Sally. A bit of sleuthing revealed that the deli’s owner had trucked those bagels to Brooklyn from Montreal.

Intriguing! How good would these wondrous doughy orbs taste when fresh out of the oven? As committed foodies who think nothing of traveling 100 miles for a killer lobster roll, we went to Montreal to find out.

Montreal’s go-to zone for bagels is the Mile End, a working class Jewish neighborhood-turned-hipster haven. “It’s an eclectic mix of families, artists, and students,” said Danny Pavlopoulos, founder and owner of Spade and Palacio Tours. Pavlopoulos, whose company gives neighborhood walking and bike tours of Montreal, gave us the skinny on the city’s best bagels and other iconic foodstuffs. Montreal’s two bagel bigwigs, St-Viateur and Fairmount, are located in the Mile End, and have been rivals since the 1950s.

“For less than a dollar, it’s a little piece of heaven!” said the gal at Fairmount Bagel, as she proffered a warm sesame seed bagel. No lie. Montreal bagels are the artisanal cousins of their New York counterparts: they’re hand-rolled, boiled in honey water, and crisped in a wood-fired oven. The result is a light, slightly sweet bagel that’s delicious even without a cream cheese schmear. Made with no salt, “Montreal bagels have a delicate, pretzel-like finish, with less filling and a lower calorie count” than the New York version, Pavlopoulos explained.

Our Fairmount bagel was wonderful—but then, so was the St-Viateur bagel we tried later. “Honestly, I can’t tell the difference,” said everyone we queried. St-Viateur Bagel has six locations (and a food truck) to Fairmount’s one, so it’s arguably easier to procure a St-Viateur bagel if time is short. But Fairmount’s bragging rights include being named “best bagel in Canada” by Reader’s Digest, and it’s the only bagel that has gone to space (Montreal-born astronaut Greg Chamitoff took 18 sesame seed bagels with him in 2008). Still, like the Yankees versus the Red Sox or Coke versus Pepsi, everyone claims a favorite.

If you’re going all the way to Montreal to try the bagels, you might as well stay for the weekend. Here’s info on not only where to get your bagels, but also suggestions for other places to eat, places to stay, and things to do.

For a woodsy respite, visit the Frederick Law Olmstead-designed Mount Royal Park, located in the heart of the city.

The lively Old Port district along the Saint Lawrence River has attractions that include a ferry boat-turned-spa and a science museum.

All prices are in Canadian dollars (worth about 75 cents at press time). 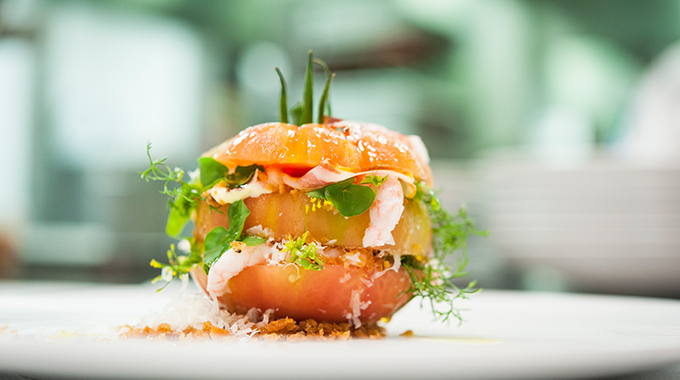 St-Viateur Bagel has several locations and ships to the U.S.

The grand dame, 982-room Fairmont The Queen Elizabeth is where John Lennon and Yoko Ono staged one of their famous “Bed-Ins for Peace.” It underwent a $140 million transformation in 2017. 514-861-3511; fairmont.com/queen-elizabeth-montreal.

Next to the Notre-Dame Basilica in Old Montreal, Le Saint-Sulpice Hotel Montreal offers 102 elegant suites with kitchenettes; most have fireplaces or balconies. Rates start at $189. 514-288-1000; lesaintsulpice.com.