California lays claim as the birthplace of the American craft-beer brewing trend, and, according to the most recent count, the Golden State has more craft breweries—900-plus—than any other state. So it’s no surprise that Californians have high standards when it comes to their beer—and, of course, the food they enjoy with it.

Like everyone, craft brewers have had to adapt to the coronavirus pandemic, changing practices to comply with local and state ordinances. For now, nearly all have canceled brewery tours and indoor dining, but many of them offer outdoor seating and creative take-out and delivery options.

That means you can create a DIY Oktoberfest with special brews and tasty treats. These four establishments, from San Diego to Paso Robles, offer a delicious range of sips and eats to enjoy either on-site (if allowed) or at home.

The Original 40 Brewing Company is in the heart of San Diego’s North Park neighborhood, where craft brew options are abundant. Named for the original 1893 40-acre parcel of land that grew into the neighborhood, this brewpub offers a solid lineup of IPAs, lagers (the Mexican-style Los Cuerenta dark lager was a personal favorite), stouts, and refreshing, fruity hard seltzers to go in 32-ounce crowlers or 64-ounce growlers. The take-out menu features popular brewpub standbys—wings, ribs, chili, fries with beer cheese, and over-the-top poutine-style fries loaded with shredded short rib, beer cheese, and cheddar). Craving something lighter and brighter? They’ve got you covered with such options as pork belly bánh mì sandwiches or a seasonal grilled vegetable board with romesco, chimichurri, and other sauces. 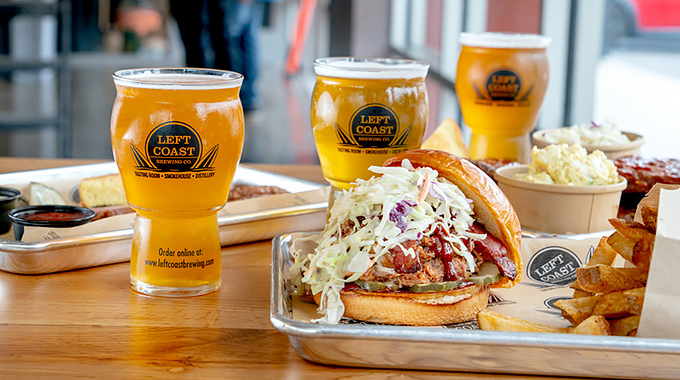 3. The Stalking Horse Brewery and Freehouse 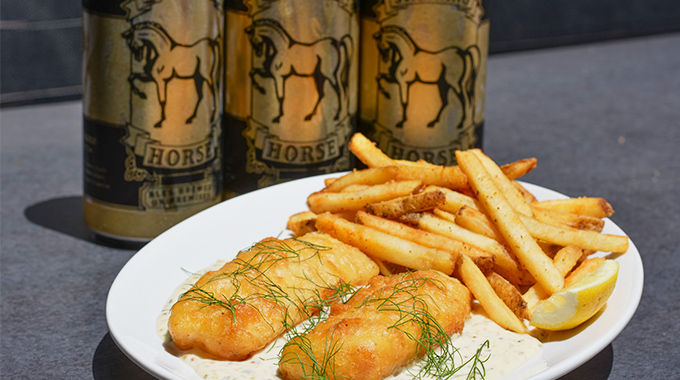 Stalking Horse brings a bit of Britain—specifically Cornwall—to West Los Angeles’ Rancho Park neighborhood. Its 10-barrel brewery cranks out rotating suds with an emphasis on English-style ales and bitters, along with nods to other brews of the British Isles, like a caramel-y Irish-style red ale or a prizewinning, high-alcohol Furry Walls “barleywine,” available to go in crowlers (mix and match any three for $20). All these pair beautifully with its take-out/delivery menu. The American Burger Kit, which features four Wagyu beef patties, is a popular item, as are the chicken tikka masala pasties (sold frozen so you can pop ’em in the oven when you’re ready to eat and sip), beer cheese dip, and classic ale-battered fish-and-chips. 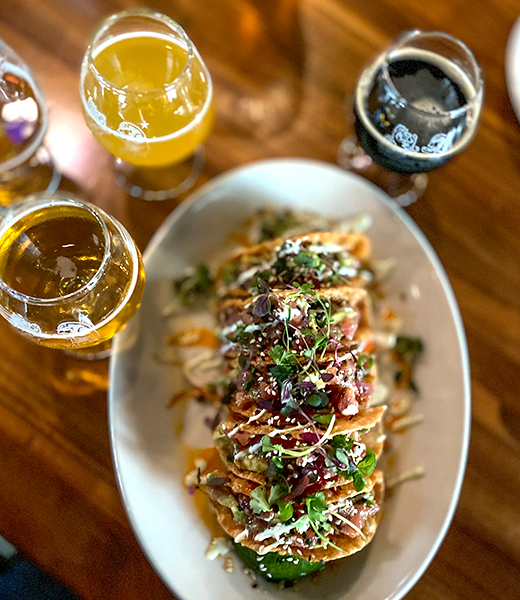 Firestone is one of the big guns in California’s craft-brewery scene, best known for its widely distributed, iconic 805 blonde ale. Beer selections vary slightly by location, but you’ll find a broad range at all three, including classics (805 and DBA British pale ale, the recommended pairing with its fish-and-chips), fruity Barrelworks wild ale (try the Zin Skin, ale fermented with zinfandel grapes), bottled vintage series (like the 2020 anniversary ale), and its newest Propagator brews (like the Märzen-style Oaktoberfest lager). Extensive to-go food options are similar at all of its locations, with goodies like crunchy Ahi Wonton Tacos and perfectly crisp tempura-battered fish-and-chips with house-made tartar sauce and garnished with grilled lemon that lends a pleasing smoky-tart note.