10 reasons to take a river cruise

The slow pace and mesmerizing scenery offer total immersion in the culture and landscape.

As I stood on the boat’s top deck, watching the captain ease the vessel out of a lock on a Netherlands canal, I looked up to see black-and-white cows grazing in a pasture by the side of the canal while bicyclists pedaled past on a nearby path. That moment captured the essence of a river cruise: The proximity to the landscape immerses you in the destination from the time you wake up to the time you go to sleep.

River cruising is the cruise industry’s fastest-growing segment. More than 120 new vessels have entered service in the past five years. Last spring, my husband, Paul, and I sailed rivers, canals, and other waterways in the Netherlands and Belgium aboard AmaWaterways’ newest vessel, AmaLea, and discovered 10 reasons why river cruising is on the rise.

AmaLea is only 443 feet long, a typical size for riverboats, whose dimensions are restricted by the sizes of the locks they must navigate. With only 156 passengers aboard, it was easy to meet our shipmates. Paul and I chatted about world affairs with a retired insurance salesman from Virginia and marveled at the paintings of a San Diego artist who showed us her works on her iPad.

2. Ports are close to city centers. 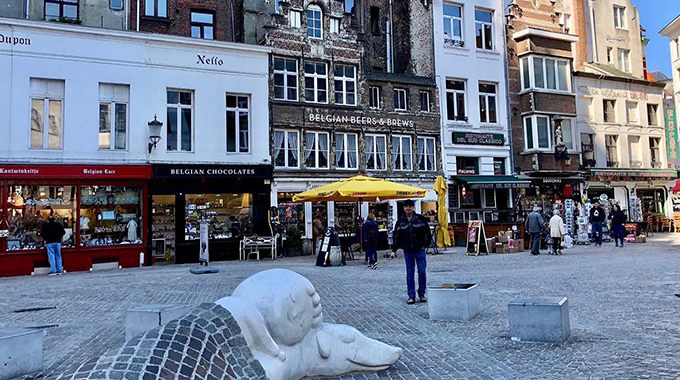 On a river cruise, you typically dock in the middle of cities and towns; it’s easy to disembark and explore. No need to wait for a shuttle from the ship, as is sometimes the case with ocean cruising. And because many cities grew up around these rivers, you’re usually within easy walking distance of historical sites.

3. Shore excursions are typically included in the price.

Your cruise fare usually includes at least one optional shore excursion in each port and often several. In Bruges, historian and guide Johan Serpieters led our group of about 20 to the town square. The clip-clop of horses’ hooves echoed against cobblestones as carriage rides took visitors past buildings dating from the 12th to the 18th centuries. Serpieters shared interesting tidbits. For example, did you know the stock exchange started in Bruges? On his recommendation, we bought Belgian chocolates at Dominique Persoone’s The Chocolate Line and nibbled on artfully crafted bonbons that combined sublime flavors, such as ganache with raspberry juice or fresh mint.

4. Entertainment is intimate and often local.

After dinner, about 50 or 60 passengers would gather in the lounge. One night, La Strada, a group of two women on violins and a man playing guitar, entranced the audience with selections that ranged from the classical “The Barber of Seville” to the contemporary “Moon River,” and included a spellbinding piece by Spanish composer Joaquín Rodrigo. “They were playing on the streets of Antwerp,” said Cruise Manager Sonja Lodewijkx. “Someone from AmaWaterways heard them and hired them.”

During the day, Sonja often lectured about upcoming ports and shared Dutch lore, such as how to eat bitterballen, Dutch meatballs whose insides are so hot they can burn your tongue if you don’t bite carefully.

Our staff and crew exuded genuine warmth while taking care of tours, meals, and activities. Milos always remembered how Paul liked his coffee, and Sonja greeted passengers as though they were guests in her home.

Dining is as important on river cruises as it is on the high seas. Dishes such as grilled chicken in rich natural juices, served with mushrooms and sweet potato mash, had clean, true flavors. Soups were delicate; the essence of lobster infused a not-too-thick lobster bisque, for example. White asparagus was in season—some spears were as large as cigars—and the after-dinner cheese selection included a memorable aged Gouda. One morning, Paul had what he declared to be the best eggs Benedict he’d ever tasted. And it was always a treat to return from a day ashore to afternoon tea, with cucumber sandwiches and lemon tarts or seed cakes.

6. You can also eat ashore.

In The Hague, Paul and I stopped in Dudok brasserie, a reputed hangout for Dutch Parliament members. A bowl of whipped cream and a dish of cinnamon ice cream accompanied decadently delicious apple pie.

7. You can customize your cruise.

In Middelburg, instead of taking a ship’s excursion, we asked Sonja, the cruise manager, to arrange a taxi to Veere, about a 15-minute drive from the Dutch port. I had a special reason to do so: In the 1600s, four Vandeveer brothers sailed from Veere to the New World, settling in what was then New Amsterdam. One brother eventually traveled to the South and then to the Midwest, where my mother, Marian Vandeveer, was born a few hundred years later. Paul and I climbed the spiral staircase of De Campveerse Toren, a hotel that occupies the stone structure where William of Orange and Charlotte de Bourbon celebrated their wedding feast in 1575. I looked out from the battlements of the town’s old fortification and tried to imagine the courage it must have taken for my ancestors to depart from here to an unknown fate across the sea. 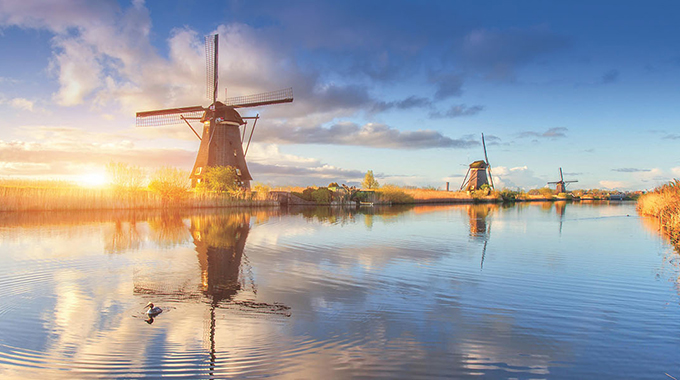 AmaLea travels with a fleet of bicycles. With about 20 other passengers, I joined a cycling excursion in Kinderdijk, where 19 windmills lined a South Holland waterway, their blades silhouetted against a Wedgwood-blue sky. I pedaled past a field where horses grazed and a meadow where black sheep bleated. A stork stood alone by a stream we crossed, and a few yards from the bike path, a swan sat on her nest as her mate waddled around nearby, scouring the brush for food.

Easing along the water at a leisurely pace—sometimes as slow as 3 knots automatically de-stresses you.

10. You have many destination options.

Among the wealth of waterways in the U.S. and around the world, here are a half dozen that stand out:

Rhine: Castles dot the hillsides on the journey between Amsterdam, the Netherlands, and Basel, Switzerland. When you sail past the Lorelei boulder, you just might believe the myth of the maiden who threw herself from its peak.

Danube: Cruises between Budapest, Hungary, and Nuremberg, Germany, travel through centuries of European history and stop in Vienna, Austria, for music and a Sachertorte cake.

In the United States

Columbia: Ships sail in the Pacific Northwest in the wake of Lewis and Clark and through the spectacular Columbia Gorge.