Slow down, move over for emergency vehicles

Every day, hundreds of emergency responders—firefighters, police, and ambulance and tow-truck drivers—put their lives on the line when they stop on the freeway or alongside the road to help a stranded motorist or someone with a medical emergency.

Too often, these situations end tragically. Responders or the people they’re trying to help are injured or killed—hit by vehicles passing by whose drivers weren’t paying attention and failed to slow down or move into an adjacent lane. In 2019, for example, 44 emergency responders in the U.S.—including 18 law-enforcement officers, 14 tow-truck drivers, and 9 fire/emergency medical service professionals—died after being hit as they were working by the roadside.

It's not just a courtesy, it's the law

All 50 states have Move Over laws for emergency responders, including tow-truck operators, but only 1 in 3 Americans are aware of them, and nearly half don’t realize how dangerous emergency-responder work is. Some laws have been expanded to include all streets, not just freeways and highways.

AAA fully supports such legislation; we’re advocating for stronger laws, including increased penalties for violators, better enforcement, and possibly including stranded vehicles in a list of situations covered by the laws.

“Deaths like these can be avoided if drivers slow down and move over to give these people room to work safely,” said Marshall Doney, AAA National president and CEO. “We can’t stress enough how important it is to pay attention so you have time to change lanes when you see AAA, an emergency responder, or simply anybody along the side of the road.” 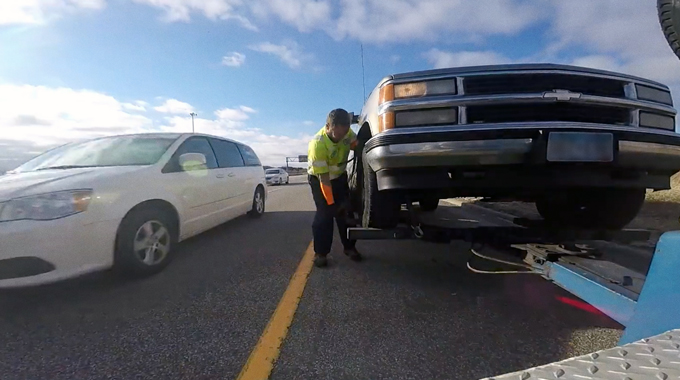 How you can help

To prevent more injuries and loss of life to roadside emergency workers, AAA offers these tips: