Serving members for more than 100 years

The history of the Auto Club

The Automobile Club of Southern California was founded in 1900 by 10 Los Angeles-area businessmen and professionals. Over the years, it has expanded to offer membership, insurance, travel, discounts, financial, and of course automotive services to more than 7 million members. Learn about some of the Auto Club’s highlighted achievements to help us celebrate 12 decades of history.

The Auto Club has been around longer than ice cream cones, the Lincoln penny, the Pulitzer Prize, and Social Security.

Older than the World Series and the Panama Canal, the Auto Club has lasted because the 10 founders addressed a real need by forming a club for motorists, and creating a culture of service toward member needs that continues today. Although few Southern Californians owned automobiles in 1900, over the ensuing decades, the growth of the Auto Club and the region intertwined as the automobile shaped life and culture in Southern California.


The Auto Club also distinguished itself by identifying and addressing problems members faced on the road. For instance, there weren’t enough roads. By 1923, more Californians had cars, and traffic was increasing at a staggering rate. The Auto Club worked with cities, counties, and the state, lobbying for new road construction and the funds to pay for it. 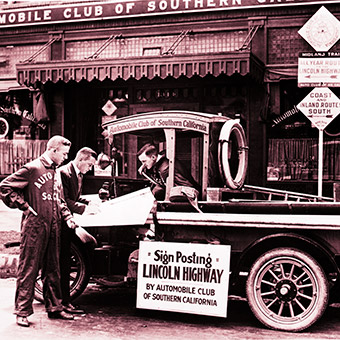 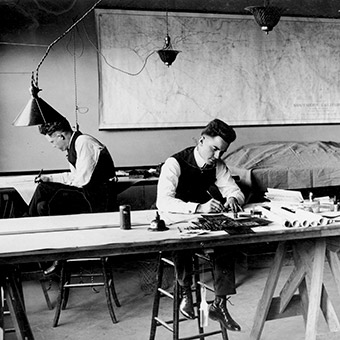 Information on locations and distances gathered from posting road signs evolved into the first of the Auto Club’s countless maps, a wayfinding resource that members continue to rely on to this day. 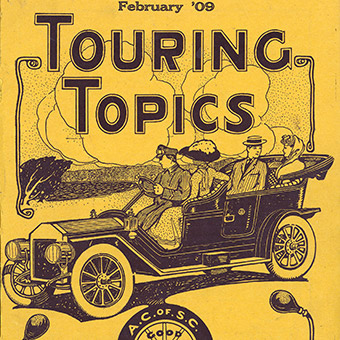 First called Touring Topics (with a 1934 name change to Westways) the member magazine has served as a reliable and ongoing source of member information and entertainment for more than 110 years. 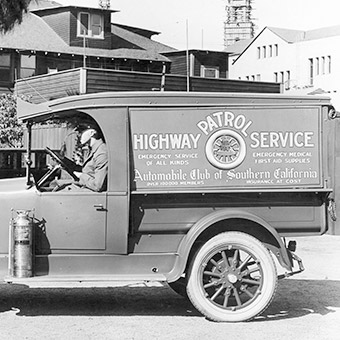 By the 1920s, automobiles played an increasingly indispensable role in people’s lives. Breakdowns were inevitable, and the Auto Club inaugurated emergency roadside service, which remains a signature member benefit. 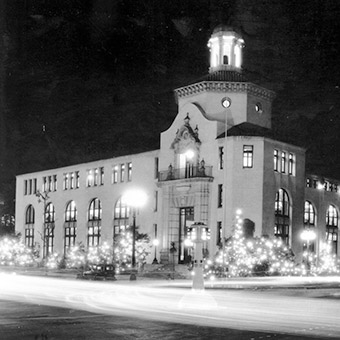 By 1925, the Auto Club established itself as one of the largest motor clubs in the world.

Much of its growth mirrored Southern California’s economic boom of the 1920s, and by 1930 the need to enlarge its headquarters was evident. The Auto Club’s member magazine expanded its own horizons and changed its name in the process. The years of the Great Depression brought belt-tightening, and World War II intensified the focus on the home front in winning a global conflict. With hostilities over, America embraced a brighter future.


The Auto Club also distinguished itself by identifying and addressing problems members faced on the road. For instance, there weren’t enough roads. By 1923, more Californians had cars, and traffic was increasing at a staggering rate. The Auto Club worked with cities, counties, and the state, lobbying for new road construction and the funds to pay for it. And with automobiles occupying an increasingly prominent role in everyday life, the Auto Club’s DMV services grew into a much-valued benefit of membership. 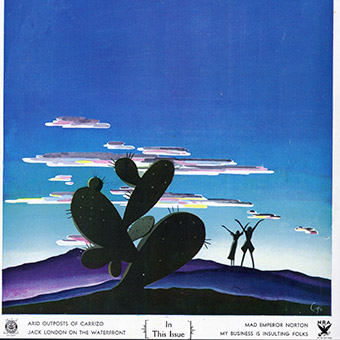 Under the direction of editor Phil Hanna, the member magazine broadened its editorial scope to encompass the varied geographical and cultural landscapes of the Southwest. The cover art program began in recognition of a magazine cover’s role in creating a positive first impression. 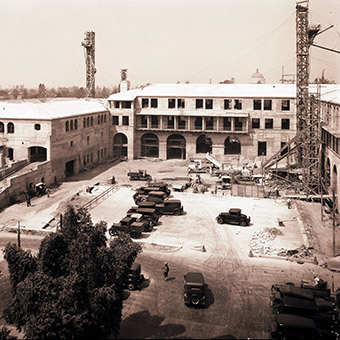 The Auto Club’s headquarters in Los Angeles more than doubled in size after an early 1930s expansion, in response to dramatic increases in membership that paralleled regional expansion in the 1920s. 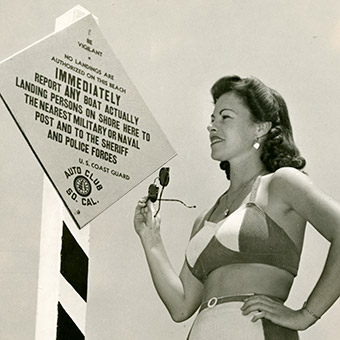 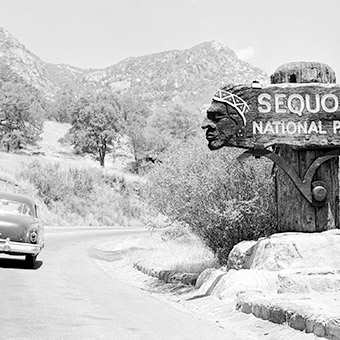 The economic boom that followed the war brought a renewed focus on leisurely pursuits, including the all-American activity: the road trip. 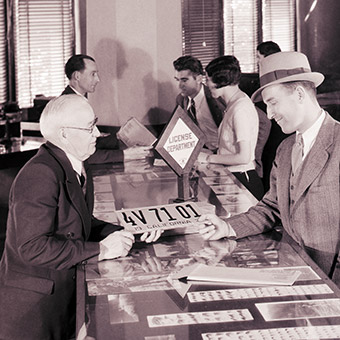 The Auto Club celebrated its 50th birthday in 1950 and over the 25 years that followed, kept pace with the growing demand for its services.

As Americans emerged into a brighter future after years of war and economic hardship, so too did the Auto Club rise to the challenge of a membership boom and an era marked by pent-up demand and dramatic economic expansion. The branch office network kept pace with a raft of new office construction. Travel services in those branches now included greater foreign travel options, and the period saw the introduction of computer technology to improve member service.

Air pollution became an increasing concern in this age of the freeway. In response, the Auto Club undertook important roles in vehicle emissions testing and research. The Automotive Research Center opened in 1967 to address pollution and automotive safety issues, while the Approved Auto Repair Program started in 1970 to promote improved automobile maintenance. In a sign of the times, the Auto Club issued its first Fuel Gauge Report informing members of gas prices and supply as the country grappled with a major oil embargo in 1973. 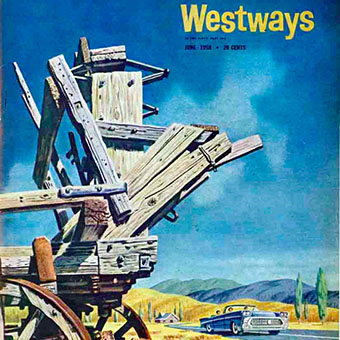 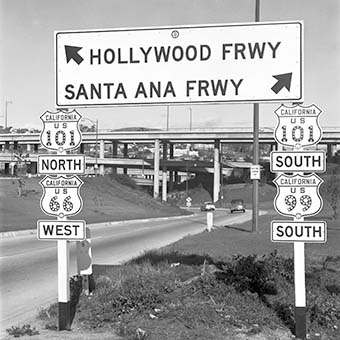 The 1950s marked the beginning of extensive freeway building in America, here symbolized by the Los Angeles 4-level interchange, which fully opened in 1953. 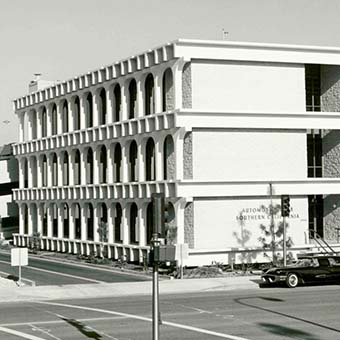 The Welton Becket and Associates mid-century design for the Auto Club’s Century City branch (opened 1964) represented a striking departure from the Auto Club’s preferred Spanish Colonial Revival style, featured in so many branches built in the 1920s through 1940s. 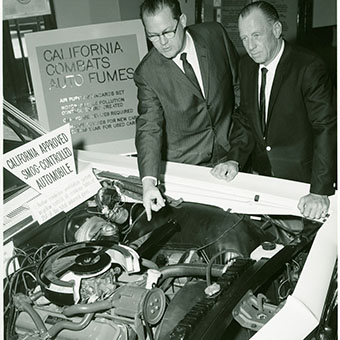 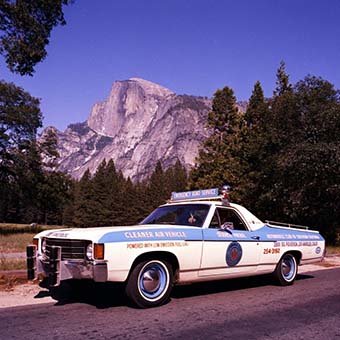 With the arrival of a new century, the Auto Club marked its centennial while focusing on the future of automotive travel and member services.

The decades on either side of the millennium were marked by increasingly fast-paced technological innovation. Auto Club services launched its first website, which evolved to become an important portal for member services.  Those services grew with the introduction of both homeowners and life insurance, a AAA-branded Visa credit card, and new levels of belonging with Plus and Premier membership. The Auto Club raised its brand profile in the motorsports world with naming deals at two prominent Southern California racing venues.

On the advocacy front, the Auto Club successfully lobbied to pass the Graduated Driver’s License, part of its long-term commitment to traffic safety. The Auto Club outgrew its historic LA headquarters and moved its core business functions and leadership team to expanded digs at the Administrative Offices in Costa Mesa. The organizational footprint increased, too, with the acquisition of motor clubs in Texas, New Mexico, and Hawai‘i. More affiliations brought about the creation of Auto Club Enterprises (ACE) with an expanded presence in 21 states. 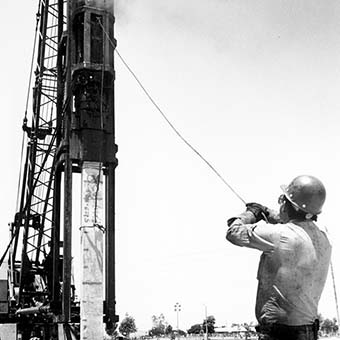 The Auto Club launches its first-ever website. The home page design mimics begin behind the wheel of a car, and the images use only a few colors to avoid straining slow '90s-era Internet connections. 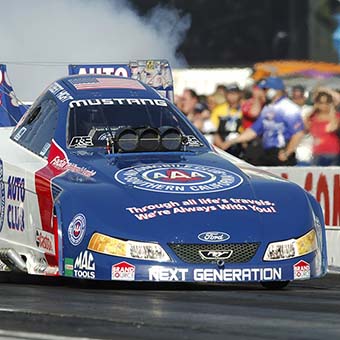 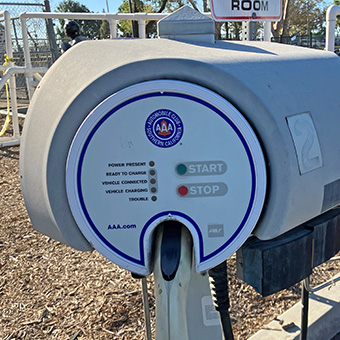 Electric-vehicle charging stations were added at Auto Club locations in Los Angeles and Orange counties, including the Administrative Offices. 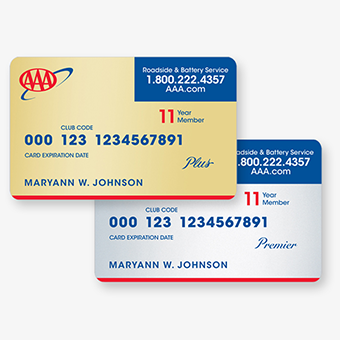 Videos from the Auto Club Archive

The Auto Club documented its work in photographs and film. Its signposting crews, surveyors, and highway engineers left an extensive visual record, and its safety educators produced movies to teach safe habits to children and adults.  These videos draw on this rich trove of imagery from the Auto Club’s archives to provide unique glimpses into the evolution of car culture in Southern California.