Think something might be wrong with your car? Know the symptoms of the 5 most common kinds of problems

Knowing the symptoms of a serious car problem can help you know when it's time for professional repairs.

An important note: Knowing what the symptoms of mechanical problems look like can help drivers know when to get professional help and what details to pass along. But diagnosing the underlying problem is best left to professional mechanics, as many symptoms have multiple possible causes and require specialized equipment to assess. Learn more about how to talk to your auto mechanic. 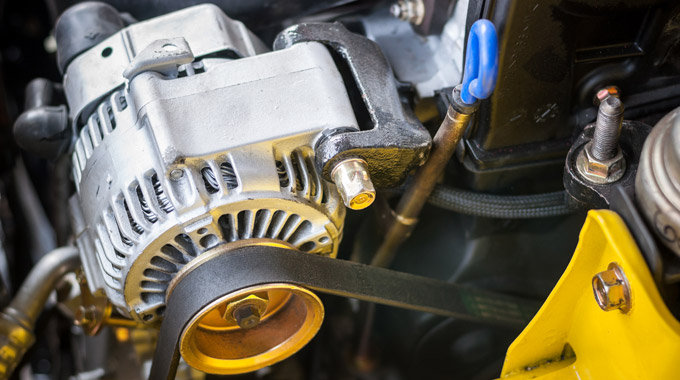 An alternator failure can produce similar symptoms to a battery failure, and replacing the battery won't solve the underlying issue. A professional mechanic can assess the root of a failure.

Skaien says most electrical issues are related to ignition systems: the battery, the alternator that charges it, and the starter motor. It can be tricky to know which is failing, he says, because the symptoms are similar for all 3: "If your starter fails abruptly, your engine's just not going to crank. And then you're going to go, 'Maybe it's a dead battery.' It's not a dead battery." Similarly, a failing alternator will leave the battery only partially charged, thus mimicking the symptoms of a failing battery. Because it can be difficult to determine the root cause, Skaien recommends having the problem diagnosed by a professional mechanic, who will have the tools needed to check each component individually.

A dead starter battery will lead to the engine not cranking at all; nothing will happen. when you try to start the engine A dying battery may cause the engine to crank more slowly than usual before successfully starting, so slow cranking is a good indicator to have AAA test your battery and charging system.

A dead alternator means the starter battery won't recharge between starts, eventually leaving the battery with no charge and producing similar symptoms to a dead battery (the engine won't crank). A dying alternator may leave the battery partially charged, which can lead to slower engine cranking as with a failing battery.

Like batteries and alternators, starter motors can fail abruptly (in which case the engine will not crank) or gradually (the engine may crank more slowly).

A ground fault occurs when electrical current strays from its intended path, such as if a frayed wire touches a metal surface. Symptoms may include flickering headlights, dimming dashboard indicators, or modules that lose programming (for example, your preset radio stations). "If you see the output of your dash lights—or others—appears to be dimming, that's probably an indication to get it into a repair shop," Skaien says.

Think your car's got a problem? Bring it to a AAA Approved Repair shop

The AAA Approved Repair program has been referring members to trusted, high-quality facilities since 1975. AAA members receive a 10% discount (up to $50) on regularly priced parts and labor.1 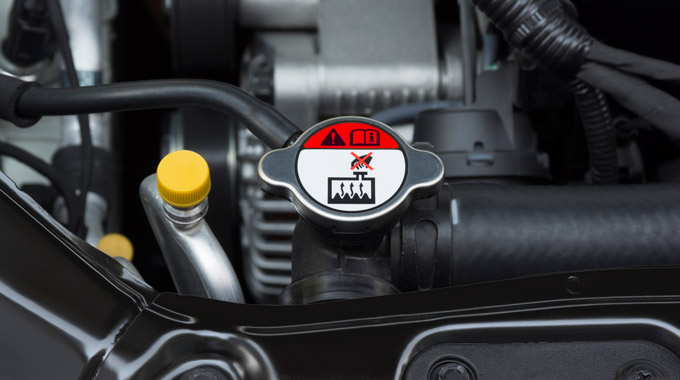 Many kinds of cooling system issues will result in coolant leaks and a drop in coolant level. If not addressed, these issues can lead the engine to overheat for lack of coolant.

Think of "cooling system issues" and steam leaking out of a broken radiator probably comes to mind, but Skaien says leakage from the water pump is a more common (and less visible) problem. "All water pumps have a weep hole right next to where the seal is. When the seal starts to fail, the water weeps out the weep hole." This can lead to coolant puddling on the ground and the coolant level falling over time. Skaien cautions that drivers shouldn't confuse leaked coolant with condensation from the air conditioner, which is normal and usually puddles on the passenger side behind the front wheel. Check the fluid color to spot the difference: condensation is clear, while coolant is will match the color of what's in your car's fluid reservoir.

If your car's heater core is leaking, Skaien says you'll likely find colored coolant on the ground behind the passenger-side front wheel, where you'd normally expect to see only condensation. You may also notice your windshield fogging up or wet carpet on the front passenger side. A leaking thermostat could also leave behind a coolant puddle, though Skaien says it will more likely manifest as an overheating engine. If your vehicle has an engine temperature gauge, familiarize yourself with its typical temperature so you can tell if it's overheating before temperatures reach dangerous levels. Finally, a radiator that's failing may show cracks in the plastic ribs that reinforce it when inspected via flashlight. "If you ever see cracks in any of those reinforcing ribs, or any signs of bulging, it needs to go into a shop right away," Skaien says.

A leaking water pump will lead to a slow decline in coolant levels and, in more severe cases, leave puddles of colored coolant on the ground.

A broken thermostat may leak, but will also likely lead to engine overheating.

A radiator at risk of breaking may show cracks in the plastic ribs that reinforce the edges. 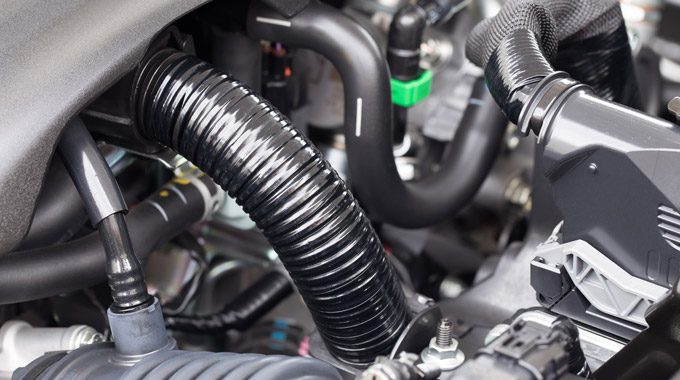 Engine hoses can fail suddenly if they're not replaced according to the recommended service schedule. If they do, it will lead the engine to rapidly overheat.

Internal combustion engines have hundreds of pieces, so there's lots that can break, but some failures are more likely than others. Skaien specifically points to engine hoses: "By the time your car is 10 years old or it's got 100,000–120,000 miles on it, you should seriously be looking at replacing your hoses," he says, "even if they look fine." Another common culprit: oil and fluid leaks. "Manufacturers are getting better and better about sealing engines up well so they don't leak. But you should attend to leaks quickly. If you see any fluid on the ground, no matter what color it is, try to find the matching color underneath your hood and get it into a shop right away."

Having low oil is a related problem, though one that's harder to notice. If you're not checking your oil regularly, your first indicator that you're low is likely to be a "low oil" dashboard warning. "If you see a picture of an oil can that's red come on your dash, shut the engine off right away," Skaien says. Check the oil level and, if it's low, add enough to reach the minimum before driving. "If it's full and that light's on, you probably should not drive it."

If the engine's timing belt snaps while driving, the engine will suddenly shut down. If it snaps when the engine is off, the issue will instead present as an engine that cranks irregularly and won't start—similar to a failing battery, but with the cranking sound randomly speeding up and slowing down as the engine tries to start.

Hoses that suddenly break while driving will lead to rapid engine overheating.

An oil or fluid leak may leave fluid on the ground, but the lack of residue doesn't mean there are no leaks. Fluid leaks can humidify the engine compartment and lead dirt to accumulate on wet engine surfaces near the origin of the leak.

Use a disptick to make sure your oil isn't dipping below the minimum level. Don't wait for the "low oil" light to come on—at that point, your vehicle may not be safe to drive and the engine may suffer internal damage. Check your oil level at least once a month, or more frequently if you drive a lot. 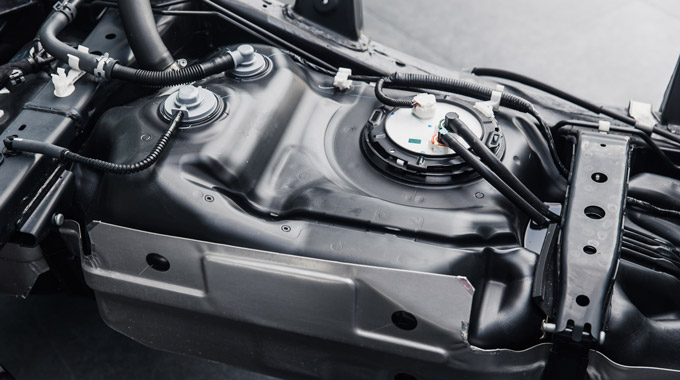 Most fuel system issues involve the fuel pump, which sends fuel from the tank to the engine. The failure of related components such as the fuel pump relay or fuse may indicate a problem with the pump itself.

"In the fuel category, far and away the No. 1 failure that we see over time is fuel pump repairs," Skaien says. If the fuel pump no longer directs gas properly, the engine will crank normally but not start. If the pump fails while driving, it will cause the engine to stall and likely not restart. Similar symptoms will result from a broken fuel pump relay (the electric component that powers the fuel pump) or a blown fuel pump fuse, which may also themselves be symptoms of the fuel pump failing.

Another possible fuel-related failure is the fuel filter, which can become obstructed and reduce engine power at higher speeds. "If you're stepping on the gas and it's not accelerating, it's laboring, that could be an indication of a fuel filter that's getting restricted," Skaien says.

A failure of any of these may result in the engine cranking but not starting, or in a sudden engine shutdown while driving.

A clogged fuel filter can appear as a reduction in engine power, especially when driving at high speeds or uphill. 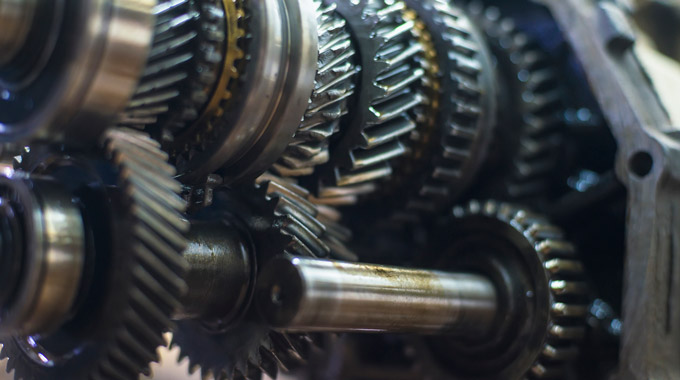 Unusual shifting (either rougher than usual or softer than usual) and slipping are early indicators that something may be wrong with your transmission.

Problems with automatic transmissions can arise from multiple sources that have similar symptoms. Skaien says drivers should be on the lookout for a change in how gear shifts feel; if they become notably rougher or softer, it could be a sign that the shift solenoids or transmission pump are failing, or that the transmission's fluid is low or dirty.

These problems could also lead the transmission to slip, a sensation sometimes compared to driving over a patch of ice—the engine revs but doesn't seem to have traction. "The underlying transmission issue is sort of irrelevant. Whether it's the solenoid, whether it's a pump, they're pretty similar symptoms and the answer remains 'take it in to a shop.' "

Failures of any of these can lead to overly rough or soft shifting, or a slipping transmission.

Think your car's got a problem? Bring it to a AAA Approved Repair shop

The AAA Approved Repair program has been referring members to trusted, high-quality facilities since 1975. AAA members receive a 10% discount (up to $50) on regularly priced parts and labor.1

All motorists are encouraged to read their owner’s manual, specifically the vehicle maintenance section.  Pay close attention to the definition of normal and severe service.  Most maintenance intervals are greatly reduced on the severe service plan and many motorists should actually be following this schedule.