By the Automotive Research Center

Over the years, AEB has successfully stemmed rear-end crashes, which often result in injuries, property damage, and even fatalities. A study by the Partnership for Analytics Research in Traffic Safety, for example, found that rear-end crashes dropped 49% when the approaching vehicle had AEB, and the number of collisions with injuries was reduced by 53%.

But AAA wanted to know if the latest generation of AEB could handle higher speeds and detect moving vehicles in its path at intersections. It struggled with the former and failed with the latter.

AEB uses forward-facing cameras and other sensors to tell the car to automatically apply the brakes when a crash is imminent. AEB is common in vehicles, regardless of price. Starting September 1, 2022, 20 automakers representing more than 99% of the U.S. market pledged to make AEB standard equipment on all their new vehicles. It has reduced rear-end crashes at slower speeds, and the technology has been refined over the years with upgraded hardware and software.

But 2 of the most common deadly crashes at intersections are T-bones and left turns in front of oncoming vehicles. From 2016 to 2020, these 2 types of crashes accounted for 39.2% of all fatalities in collisions involving 2 passenger vehicles during which the striking vehicle did not lose traction or leave the roadway before the collision. 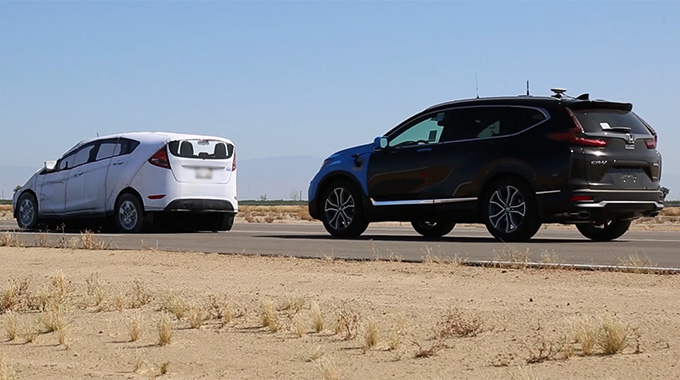 A test vehicle approaches a collapsible dummy car, known as a "guided soft target," while assessing AEB performance in the 40 mph rear-end test.

AAA looked at 2 scenarios, using 4 different models of SUVs equipped with AEB in each test: 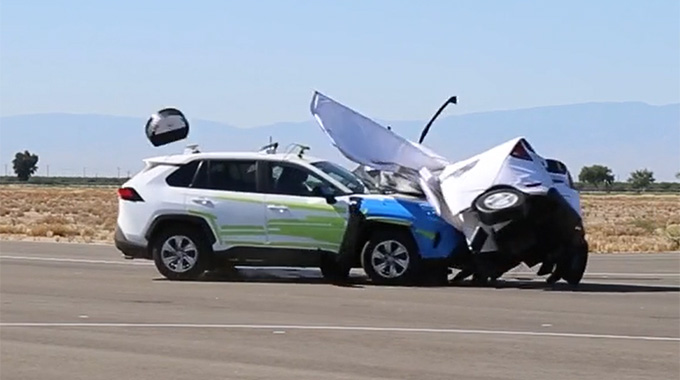 A test vehicle collides with the guided soft target while testing AEB in the left-turn scenario.

What it means for automakers & drivers

AAA strongly urges automakers and regulatory agencies to focus on designing systems and tests that better handle the types of crashes where injuries and fatalities commonly occur. Automakers must improve AEB systems to assist drivers in intersection-based crash scenarios. Automakers should include AEB systems as standard equipment on all their makes and models.

Drivers must recognize the limitations of AEB systems and remain engaged behind the wheel. As seen in testing, AEB systems primarily help prevent rear-end collisions at lower speeds. Drivers should not expect or rely on current AEB systems to prevent collisions in other situations.

Get all the details with the full 34-page report, including individual vehicle results.

Looking to buy a car with automatic emergency braking? 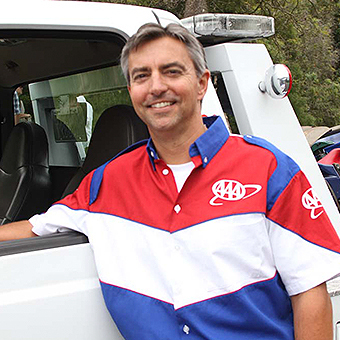 See how we can help with Roadside Assistance, car buying, auto repair, driver education, and more.

Search approximately 7,000 AAA approved facilities throughout the U.S. and Canada.

Use your AAA membership to unlock do-it-yourself car care discounts.