8 things to do at Halloween Horror Nights 2021

Photos below & guide by AAA staff

The screams have returned to Universal Studios Hollywood.

The park’s annual transformation from family-friendly theme park to enormous house of horrors includes a fresh crop of 8 new mazes for 2021's Halloween Horror Nights. With so many attractions, it can be tough to know where to start. That’s why we’ve put together this guide for AAA members to pick their poison. Whether you’re looking to be creeped out, experiment outside the classic tropes, or just be scared witless, Halloween Horror Nights has something lurking in store for you.

AAA members save up to 40% on gate prices when they buy tickets online or at their local AAA branch. 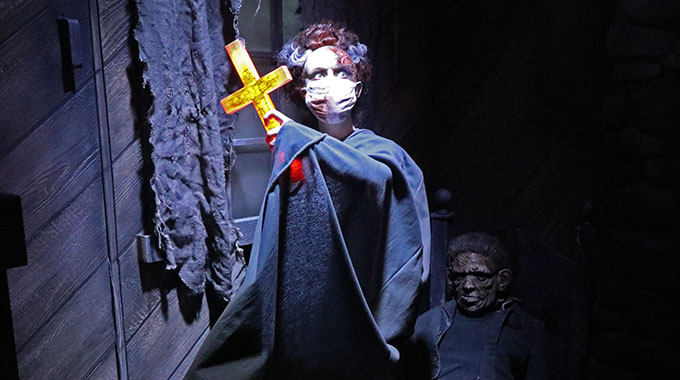 1. Have your heart melted by a monstrous love story

Styled as a Victorian story book, this classic maze on the upper lot weaves an original tale of a woman resurrecting her beloved against all odds.

Each scene is introduced by a larger-than-life illustrated page. A running narration helps further characterize the heroine as she turns from a hapless damsel into a vampire-hunting steampunk scientist whom guests will be rooting for by maze's end. Impressive set pieces include an early scene where she digs her beloved out of a pile of burning rubble, and an enormous amount of burbling and zapping steampunk machinery.

Uniquely unsettling sights await visitors inside the Curse of Pandora's Box maze—inspired by Greek mythology, but certainly not constrained by it. Liberal use of neon paint and black lights creates a supernaturally vivid world where monsters jump right off the walls (sometimes literally). The ouroboros, a serpent devouring its own tail, steals the show in a particularly gruesome scene where Medusa has turned ancient warriors to stone. In another, ravens (a bad omen in Greek myth) usher visitors into Hades, where they are judged by stoic skeletal figures.

3. Seek out (then run from) hordes of zombies

Halloween Horror Nights once traditionally included a maze inspired by a popular TV show about a zombie apocalypse. Universal Studios turned it into an indoor attraction in 2016, allowing for depth and effects that members won’t see anywhere else. With myriad references to the show, diehard fans will appreciate the immersive journey. The spacious interior allows room for the end of the world to come creepily to life with a burning cabin, frighteningly realistic zombies, gunfire—even the snacks in a tipped-over vending machine. 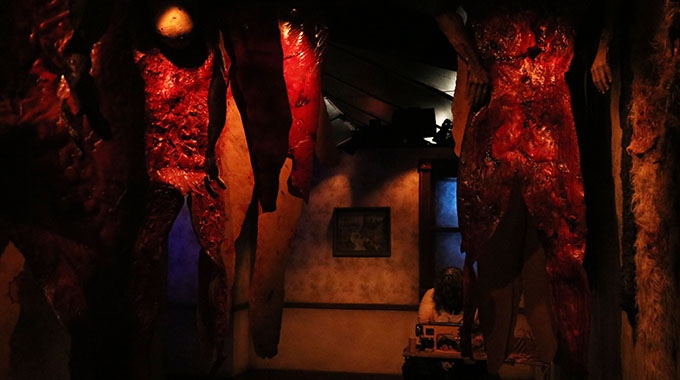 With flayed skins hanging from the ceiling, it’s clear why this maze might creep members out. You may even be offered your very own mask made out of human flesh, lovingly hand-sewn in front of you. The creep factor is further enhanced by the sickly sweet barbecue sauce smell that fills the hallways, as though the maze itself is trying to get you hungry. Scareactors here make clever use of knocking to draw your attention where it's needed—such as to the many captives here hoping to escape before they're part of the cannibal buffet. 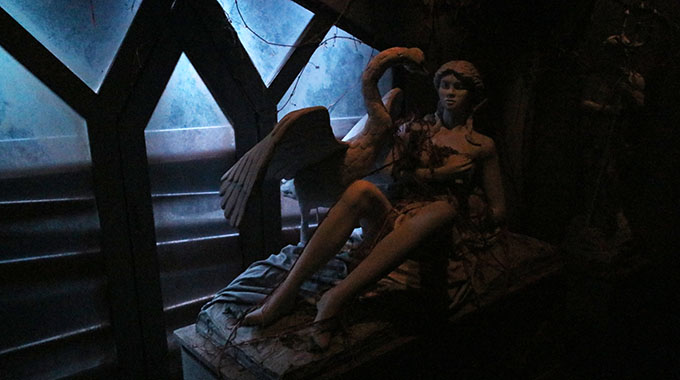 5. Figure out which walls are haunted in an old house

High-end production values bring the creeps at this maze based on a hit TV series about a family moving back into a haunted house. The spacious corridors are appointed with the luxury wood finishes, light fixtures, and stained glass one would expect from a fine manor. Don't let that put you at ease, though—thanks to ingenious use of light, it's hard to know which of the house's walls are real and which ones conceal malevolent spirits. With no way to know where the next scare is coming from, no other maze makes you feel quite as vulnerable.

One of the scariest movies of all time has become one of the scariest mazes of all time. From the moment members see the green light shining down from the window of a possessed child's bedroom, the dread sets in and never lets up. The maze cleverly returns to the bedroom at different stages of the exorcism, letting the visiting demon show off all its powers. Keep an eye out for the possessed Ouija board on the left, just inside the entrance—easy to miss, but hard to forget. 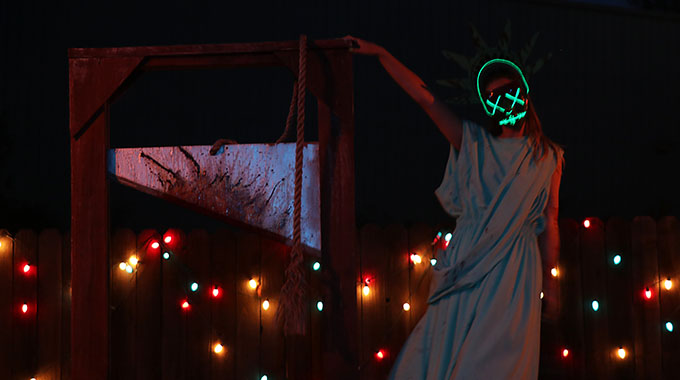 7. Celebrate America on the Terror Tram

Hop on the Terror Tram and head to the Universal Studios backlot for a wholesome holiday vacation to a lawless wasteland. Along the way, make friends with "all-American" scareactors dressed as cowboys, construction workers, and even moms with babies. (If it looks like a plane has recently crashed into the neighborhood, don't worry, it's probably just part of the festivities?) Particularly frightening is a section made entirely out of camouflage netting, with scareactors wearing the same and nearly impossible to pick out. 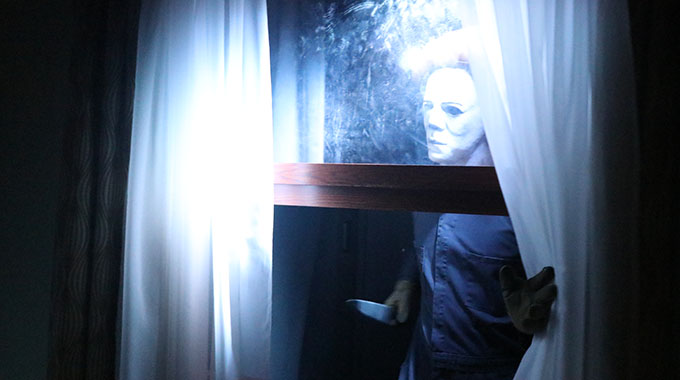 8. Dodge knives coming from all directions

This maze near the park's entrance is laser-focused on the knife-wielding murderer who pursues you through a gas station and a suburban neighborhood. You’ll have to dodge the killer as he leaps from behind doors, through windows, from every conceivable angle (and a few inconceivable ones).

The murderer's psychiatrist does his best to protect you at the beginning, but after that you're on your own. There aren’t many things scarier than being alone in the dark, knowing the slasher is almost certainly lurking around the next corner watching your every move.

Ready to feel the fear in person?

AAA members can get discounts on Halloween Horror Nights tickets. Save up to 40% on gate prices when you buy tickets online or at your local AAA branch.