The Space Shuttle Atlantis on display at the Kennedy Space Center Visitor Complex.

Theme parks aren't the only road trip destinations with AAA discounts on tickets—some of the coolest and most famous places in America also have AAA savings on admission.

From exploring the cosmos at Kennedy Space Center, to getting a bird's eye view of New York City from the Empire State Building, to climbing aboard a real aircraft carrier at the USS Midway Museum, here are 10 of the coolest U.S. attractions you can save at this summer. 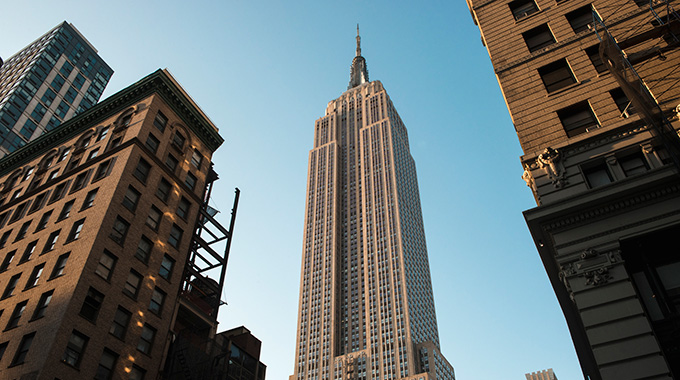 The Empire State Building offers visitors 2 attractions in 1. First, take in a stunning 360-degree view of the city from the observation deck on the 86th floor—more than 1,000 feet in the air. Many of the city's most famous landmarks are visible, and on clear days, the view extends for dozens of miles into neighboring states. Visitors can choose the AM/PM option to visit once during the day and once after dark to get the full observation deck experience.

Afterward, visit the second-floor museum, where recently opened exhibits tell the story of the Art Deco landmark's history, from its completion in 1931 to the modern era.

Do more with a Go City Pass: Go City Passes let you pick your favorite attractions and attend them all on 1 pass. In New York City, that includes the Empire State Building as well as the Statue of Liberty, the American Museum of Natural History, the Museum of Modern Art, and much more.

AAA members save 25% on tickets
to the Empire State Building 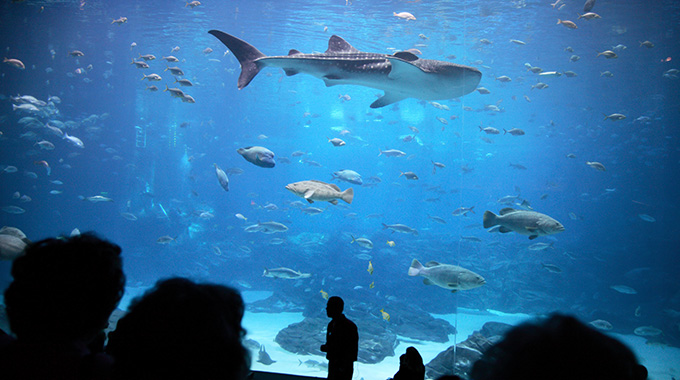 America's largest aquarium, the Georgia Aquarium, was once the largest in the world and features hundreds of species of animals living in more than 11 million gallons of water. It's the only aquarium in the United States where visitors can see whale sharks and manta rays in captivity—both of which live in the football field-sized Ocean Voyager exhibit.

AAA members save over 20% on tickets to the Georgia Aquarium

Members save on other attractions around Atlanta, too 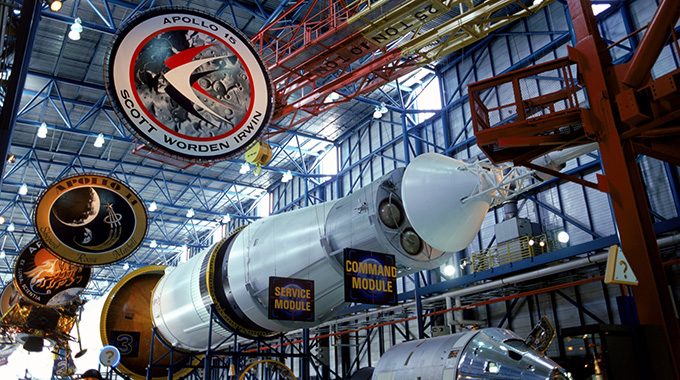 The Apollo moon missions and the Space Shuttle missions all lifted off from the Kennedy Space Center, about an hour east of Orlando. Visitors can go on an educational journey at the center's Visitor Complex, where they'll find the Space Shuttle Atlantis on permanent display. Dozens of interactive exhibits lay out the history of American space exploration and of the projects it helped build over the decades, such as the Hubble Space Telescope and the International Space Station.

Another highlight is the Apollo/Saturn V Center. Guests can see a massive Saturn V rocket broken into its various stages and modules, as well as the real Apollo 14 crew capsule that orbited the moon 34 times before returning to Earth.

Members can also save up to 20% on an Atlantis Annual pass, and up to 20% on the Chat with an Astronaut ticket add-on.

Members save on other attractions around Orlando, too 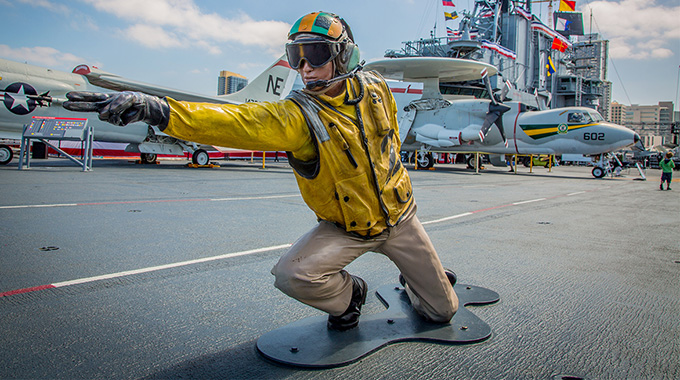 Commissioned in 1945 and serving for nearly half a century, the aircraft carrier USS Midway had a rich history when it retired to San Diego in 1992 as a museum ship. Today, visitors can explore that history across the ship's many decks.

See the vintage World War II propeller planes Midway was originally designed to carry on the Hangar Deck, inspect the sleek jets that replaced them on the Flight Deck, and then tour the below-deck exhibits to see what it was like for sailors to live aboard a "floating city." (If that's not enough, check out the Battleship Iowa Museum a few hours north in Los Angeles.)

Members save on other attractions around San Diego, too 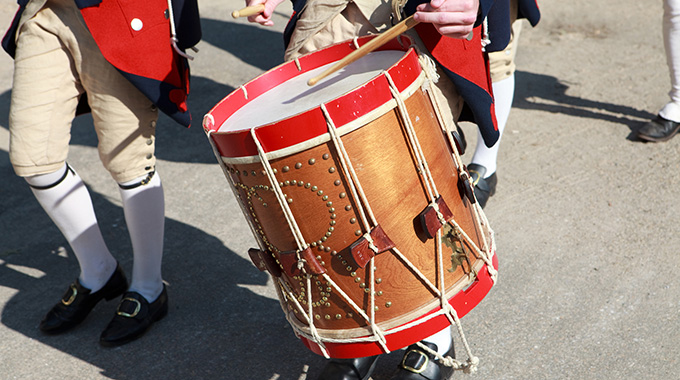 Traveling to Colonial Williamsburg is traveling back in time, too. Visitors can tour the preserved historic sites of Williamsburg on foot or by horse-drawn carriage and see the town much as it looked when it was the capital of the Colony of Virginia in the 18th century. Re-enactors here live every day like it's the 1700s, plying their trades in gardening, carpentry, weaving, blacksmithing, and more.

Visitors can talk to re-enactors who portray famous American founders like George and Marsha Washington, Thomas Jefferson, and James Madison, alongside lesser-known figures who also left their mark on America. And no visit to Colonial Williamsburg would be complete without seeing and hearing the fifes and drums as they march down Duke of Gloucester Street.

AAA members save up to 20% on tickets to Colonial Williamsburg

Members save on other attractions around Virginia, too 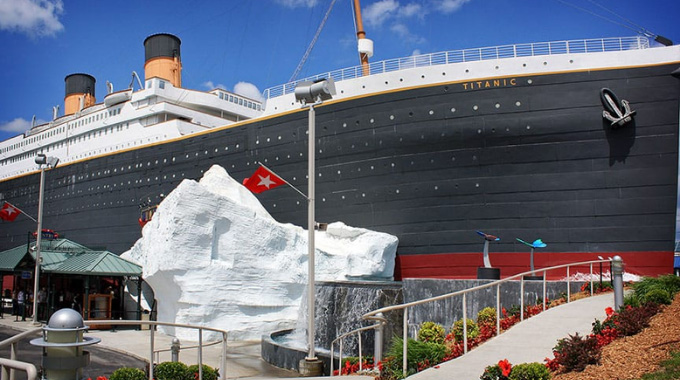 "The Live Music Capital of the World" might not be the first place you'd expect to see a museum about the Titanic, hundreds of miles from the nearest ocean. But it's here you'll find a 2-story-tall replica of Titanic containing more than 400 artifacts from the ship and its passengers.

Enter the museum and you'll receive the boarding pass of a real Titanic passenger or crew member, get to climb a $1 million replica of the ship's Grand Staircase, see what it was like to stand on the sloping deck as the ship sank, and more. At the end, you'll learn the fate of whoever's boarding pass you received in the Memorial Room.

AAA members save over 25% on tickets to the Titanic Museum

Members save on other attractions around Missouri, too 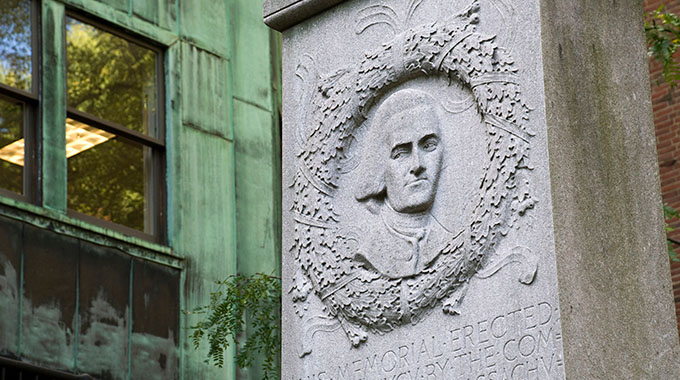 From the first English Puritan settlers in the 1600s to the Boston Massacre and the Boston Tea Party, there's no getting around Boston's central role in early American history. It's no surprise, then, that Boston would also be one of the best spots in the country for touring cemeteries and other haunted places.

Boston Ghosts offers a 1-hour, roughly 1-mile walking tour of the city at night. It includes visits to the Puritan graves at King's Chapel, Boston's oldest cemetery; the ghosts of Boston Common; and the revolutionaries buried at the Granary Burying Ground, including Crispus Attucks, Paul Revere, John Hancock, and Samuel Adams.

Do more with a Go City Pass: Go City Passes let you pick your favorite attractions and attend them all on 1 pass. In Boston, that includes the New England Aquarium, the Salem Witch Museum, the Museum of Science, a tour of Fenway Park, and more.

AAA members save over 15% on the Boston Ghosts tour 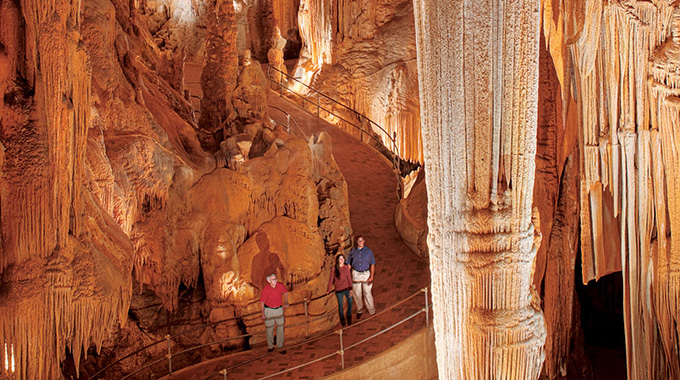 Carved into limestone by millions of years of tectonic movement and an underwater "river," the Natural Bridge Caverns are among the most extensive and celebrated of Texas's many caves. Today, visitors can descend 180 feet into the Earth on the Discovery Tour to see the state's biggest show cavern on a half-mile walk. There they'll find soda straws, chandeliers, stalagmites, and more rock formations that are still slowly growing.

Summertime visitors can also witness a natural spectacle a few miles away at Bracken Cave. That's where a swarm of bats—believed to be the largest swarm in the world—streams out of the cave mouth in the evening.

Do more with a Go City Pass: Go City Passes let you pick your favorite attractions and attend them all on 1 pass. In San Antonio, that includes the Natural Bridge Caverns as well as a hop-on, hop-off city tour, the San Antonio Zoo, the Tower of the Americas, and much more. 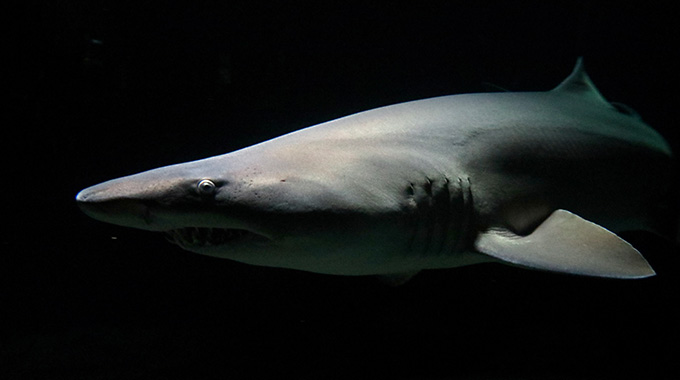 Fittingly located on the Baltimore waterfront, the National Aquarium is home to 20,000 animals from ecosystems around the world. One of the most distinctive exhibits is the impressive Atlantic Coral Reef display, which visitors start from above and then descend through the exhibit on a spiral ramp.

Another is the award-winning Australia: Wild Extremes exhibit, which recreates a river gorge and explains how inhabitants like the kookaburra, death adder, Johnston's crocodile, and many unique species of turtle survive in this unforgiving environment.

AAA members save 20% on tickets
to the National Aquarium

Members save on other attractions around Baltimore, too 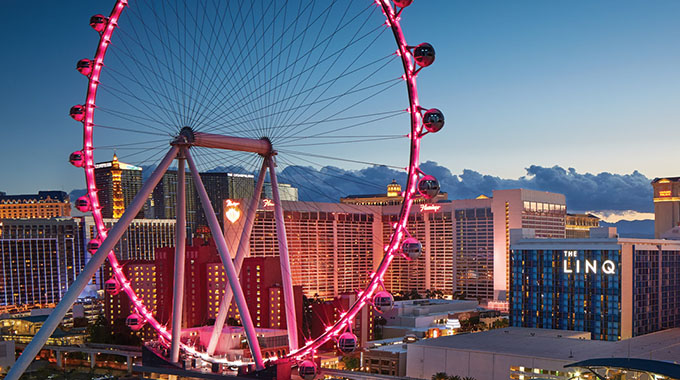 What better way to take in the Las Vegas Strip than from a glass orb floating 550 feet in the air? The High Roller has been thrilling guests since 2014, when it opened as the world's tallest Ferris wheel (a title it lost only recently in 2021). More than 2 dozen spherical glass cabins encircle the wheel, each offering a 30-minute ride during 1 full revolution.

AAA members save over 10% on tickets to the High Roller

Members save on other attractions around Las Vegas, too

Save on the attractions & entertainment you love with AAA Tickets

Many attractions and venues are open in accordance with local government guidelines. Circumstances may have changed since publication; check attraction websites for current information and safety requirements.

Discounted tickets are subject to applicable taxes and service fees. Discounts only available to valid AAA members. Tickets may not be resold or transferred for commercial use. Purchase limits and other restrictions apply. Ticket pricing, features, and availability subject to change without notice. Offer may not be combined with any other ticket offer, discount, or promotion. All offers, events, tickets, age ranges, services, attractions, and entertainment may be seasonal and are subject to change without notice.

Discounts, products, and vendors are subject to change without notice. Other restrictions apply. AAA does not endorse any vendor and disclaims responsibility for any product, promotion, or content featured herein or on the AAA discounts website.